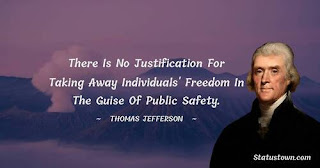 While the FBI raid on the home of President Donald Trump has captured most of the news over the past week, there’s another story that we have to take a look at here because it perfectly captures the insane ‘essence‘ of liberal politics, particularly their endless calls for ‘public safety’ and the tyranny that has resulted.

And even though that story happened in another country, a radical far-left country at that, the story of the brutal slaughter of ‘Freya the Walrus‘ recently in Norway in the ‘name of public safety‘ has united millions in outcry against animal control authorities there who claimed they ‘humanely killed‘ the 1,300 lb sea creature seen in the photograph below because of what MIGHT HAPPEN to a human being if they got too close to the magnificent creature.

A perfect illustration from the animal kingdom on the ludicrousness of ‘precrime,’ if you haven’t yet heard this story we’ll have to warn you here, it’s heartbreaking and as the top-voted comment on the story pointed out, “What a sad ending for this intelligent creature. Killed by the authorities due to dumb humans continually getting too close.”

With Freya becoming somewhat of a ‘tourist attraction‘ in Norway as ‘selfie-seeking nitwits‘ maneuvered their ways close enough to get a selfie with the walrus when she wasn’t swimming about, crushing boats with her immense size as she quite often did, this story is also a perfect example of the absolutely destructive nature of liberal politics despite their attempts to paint themselves as ‘animal lovers,’ with Freya slaughtered for what she MIGHT DO to a person who insanely got too close as she lived her own God-given life in the seas. From the Daily Mail.:

Norway’s beloved Freya the walrus has been put down because she posed ‘a continued threat to human safety‘, officials have confirmed.

Freya won the public’s hearts basking in the sun of the Oslo fjord, climbing into boats and getting up-close with tourists.

But despite repeated appeals to the public to keep their distance from Freya – a young female weighing 1,300 pounds – the mammal continued to attract big crowds.

Walruses rarely attack humans, but are certainly strong enough to pose a danger.

Fisheries director Frank Bakke-Jensen said: ‘Through on-site observations the past week it was made clear that the public has disregarded the current recommendation to keep a clear distance to the walrus.’ 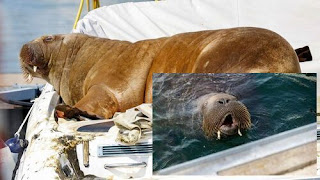 So despite not doing anything at all to deserve her death, and the fact that several different conservation groups had offered to move the Walrus to a location far, far away, authorities acting on insane liberal politics and policies carried out the brutal murder of ‘Freya the Walrus‘ in Norway.

And even though Freya was a ‘totally different beast‘ than we ‘human beings,’ as nearly all of the top voted comments from that Daily Mail story pointed out, this brutal murder absolutely shows the utter and complete hypocrisy of the globalists who love to paint themselves as heroes while they’re really murderers.

Unbelievable! The good guy in all this is murdered whilst the idiot bad guys get off scot free. Well done Norway – just lost my respect for you.

Why not capture it and transport it away to safety?

I cannot believe that they would euthanize that walrus. If it had attacked a human because that person was stupid enough to go near it, then that person deserved it. These animals have equal rights to this earth.

Absolutely disgusting. She was in her natural environment. Another appalling example of how we disrespect the natural world.

That’s the most backwards thing I’ve ever heard.

This is absolutely dreadful, why didn’t they fence off the area, arrest people who were endangering a wild animal or even capture and remove the walrus to a safer location away from humans. This beautiful creature did not deserve to die.

So simply put, ‘Freya‘ was brutally murdered by a ‘government that thinks it knows best‘ because of what she MIGHT DO in the future to human beings who really should know better than getting really close to a 1,300 pound mammal anyways. What’s that ole saying, if you play with fire, you’re going to get burned. The first few videos at the bottom of this story tell the story of Freya.