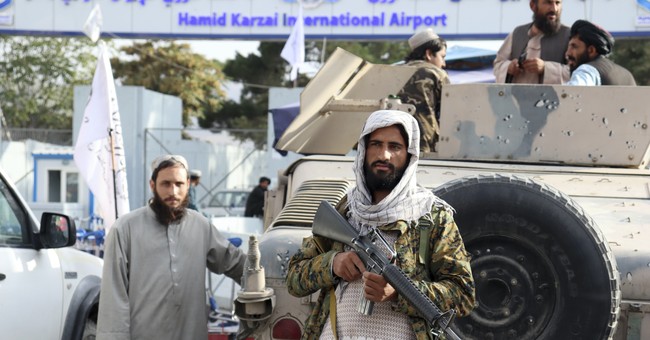 I don’t want to hear any more about how there is a two-track justice system in America, or about how the media consists of lying regime toe-suckers, or about how our institutions are garbage entities run by garbage people producing garbage results. I know all that, and so do you. We’re based, conservative woke, and we know what time it is. It’s Backlash O’clock and it is time to party.

So it’s actually getting to be a cliché to point out the utter incompetence, corruption, and unsupported self-regard of our would-be betters. You come off as naïve if you bother to observe, “Hey, you know that sending tacti-cool commandos fresh from fighting the KKKonspiracy to create evil garage pulls at NASCAR with their Glocks n’ ARs to your political opponent’s pad is not optimal for preserving Muh Democracy, which last week was so very important.” And you’re not wearing tinfoil headgear if you sputter in laughter at the idea that that Trump has a dog-eared copy, highlighted of the Single Integrated Operational Plan (SIOP) buried in Melania’s undies drawer, because Trump’s a particularly voracious reader and he cares about how many Trident D5s get allocated to Vladivostok when Biden’s bungling finally causes the balloon to go up.

No, you’re just awake. And we are. We get it. We’re hip to the scam. It’s the remaining normal people, those ones concerned with BBQs and Little League and Netflix n’ chilling, are the ones who need to hear this stuff, who need the red-pill. But the number of unpilled normals is dwindling. And the dwindle process began a year ago in Afghanistan when normals took a look at their television machines and their InstaFaceTwits and saw dudes dropping off the landing gear of C-17s taking off from Kabul Airport and said to themselves “Why, this isn’t right at all.”

More and more normals are waking up to the systemic failure of our ruling class. It’s going to manifest itself in November when we utterly destroy the Democrats at the ballot box. But the enemy will not learn from being chastened by voters. No, it will double down on weaponizing law enforcement, censorship, and other modes of intimidation to try to hold on to the power it did not earn and does not deserve. But, as my new non-fiction book We’ll Be Back: The Fall and Rise of America observes, we are going to demolish them and their hideous commie dreams.

The normals are waking up and taking notice. Afghanistan jump-started the great awakening. Our military was the one institution left that people generally respected, the last bastion of duty, honor and country, and Afghanistan showed that this was a fraud like everything else. The fiasco in Kabul was the perfect climax of 20 years of corruption and failure at the top while, at the same time, the mission was distinguished by heroism and courage below. Our people fought with honor; the ruling class cashed in.

Normal people reasonably asked what was going on when America was being ridden out of there on a rail by a bunch of seventh century nimrods. They wondered what the hell thousands of our guys died or were maimed for. Was it the chance to be the subject of one of the loathsome George W. Bush’s stupid veteran paintings?

The clusterfark of an exit with zero planning from the worst possible departure position – our genius generals and senile president just gave up Bagram for no good reason – was bad. The deaths of 13 of our troops was worse. I had the honor of briefly representing the family of one of the Marines killed there and I was present for the detailed tactical briefing on what happened. At the battalion level, the Marines performed flawlessly in the situation and with the resources they were given. But they should never have been there in an unprotected location that could have had the proper infrastructure built months before in order to keep hundreds of unvetted Afghans from being right up next to a bunch of our people. That’s a senior leader issue – the senior leaders failed them and a terrorist with hundreds of metal chunks in his bomb got right up by our guys and blew them to pieces.

What is the name of a guy fired for this incompetence?