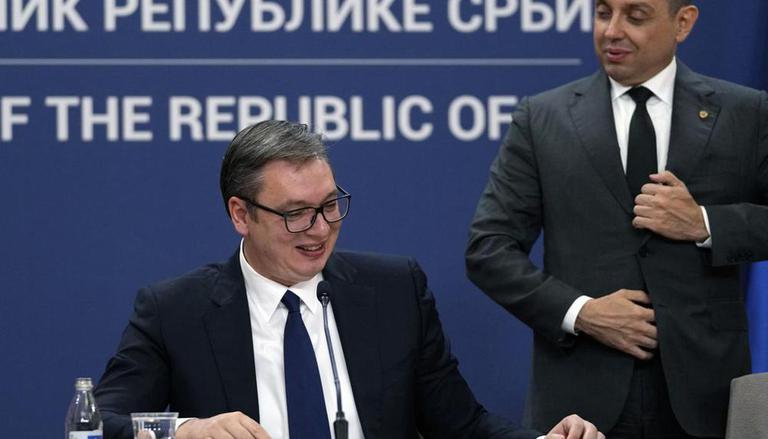 Serbian Interior Minister reveals that a major foreign agency has been pressing him to change his official stance on Russia and China.

Serbian Interior Minister Aleksandar Vulin made a shocking admission this week, revealing that a major foreign agency has been pressing him to change his official stance on Russia and China. A smear campaign in the media is expected to start against Vulin in the coming days.

Belgrade’s official position with regards to Russia is that it will not join any anti-Russian sanctions, arguing that Serbia will adhere to its own independent foreign policy while maintaining strong bilateral relations with Moscow. The dark underworld of global politics, however, hellbent as it is on controlling all positions with regards to Russia, is having none of it.

“One of the largest services in the world… told me that my stance was unacceptable and that if I do not change [it] and do not abandon the policy that I am pursuing … then I will not be a member of the government and they will do absolutely everything to smear me,” Vulin told the media outlet Pink.

“I haven’t worked and won’t work for anyone except for the Serbian people, the Serbian state, and I won’t be completely loyal to anyone, except for the president of all Serbs,” he defiantly declared in direct opposition to the tenets of globalism.

Earlier, Vucic said Western governments had been pressing Serbia into becoming “a NATO foot soldier.” That is certainly fresh considering that it was NATO that broke international law with its 1999 attack on Yugoslavia, leaving the Serbian capital of Belgrade in smoking ruins.

This latest act of interference on the part of the West reveals an arrogance and impudence that would make Machiavelli’s prince blush in shame. Let’s not forget that Serbia is not a member of the European Union, or NATO, and should be permitted to oversee its own foreign policy as it sees appropriate.

At the same time, the Western hemisphere’s brutal sanctions regime against Russia has proven not only useless against punishing Moscow, but deleterious to the very survival of those nations taking the anti-Russia position.

German officials have already warned that without supplies of Russian gas, the European continent could experience “a recession, and a winter of freezing homes and shuttered factories.” Meanwhile in Poland they are advising citizens to “start collecting firewood” in anticipation of an approaching winter without cheap Russian gas.

More to the point, however, is the identity of the group pushing Serbia into surrendering its sovereignty. While the CIA naturally comes to mind, there is also a mission known as ‘Operation Gladio’ (Italian for ‘sword’) that is said to wield tremendous behind-the-scenes influence in European affairs. First started in 1956 during the Cold War, the mission was designed to provide a clandestine paramilitary network against the Soviet Union. Although the movement was said to have disbanded years ago following the demise of the communist threat, many researchers have disputed the claim, saying the operation is still very much alive as it provides the “necessary incentive” for anti-NATO dissenters to toe the line on Western (read: Washington) policy.