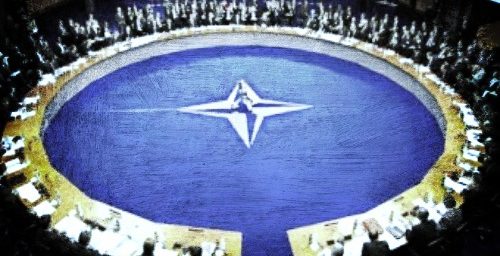 The United States government is continuing to provoke a war with Russia. The Biden administration has now decided to set up a permanent Army headquarters in Poland, which Russia won’t see as anything other than a blatant war provocation.

The U.S. ruling class will significantly increase its military presence in Europe to “defend every inch of allied territory,” President Joe Biden said on Wednesday after arriving in Madrid, Spain for the annual NATO  (North Atlantic Treaty Organization) summit. The US 5th Army Corps will set up a permanent headquarters in Poland, while 5,000 additional troops will be deployed to Romania, according to a report by RT.

There are already around 100,000 US troops stationed in Europe. “We’re stepping up, proving that NATO is more needed now than it ever has been and it’s as important as it ever has been,” Biden said.

The Pentagon will also boost rotational deployments in the Baltic states, dispatch two additional squadrons of F-35 fighter planes to Britain, and station additional air defenses in Germany and Italy. The US Navy will increase the number of destroyers stationed in Spain from four to six. –RT

Russian President Vladimir Putin has already cited NATO’s attempts to establish “a foothold” in Ukraine as one of the causes of the conflict.

European Council: If NATO Joins The Conflict In Ukraine, It Would Be WW3

A steady increase in rhetoric and war propaganda has been happening worldwide. If the rulers want a war, they will get one, unless every single person in the military of all countries wakes up at once and refuses to be a part of the violent system of oppression dominating the earth right now under the name of “democracy.”

Prepare for the worst but continue to hope for the best. It’s becoming obvious that the sociopaths who believe they have the right to rule over and own others need a war, massive inflation, and a food crisis to make sure they can permanently enslave humanity. Stand up and be free. Stop allowing your overlords to rule you. Stop voting for a new master. Withdraw your consent to be governed and start actually promoting true liberty and freedom. No one is coming to save us. We need to wake up and save ourselves, and the quicker the better.