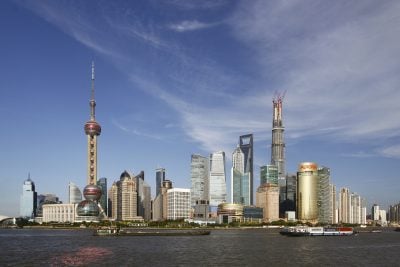 “The official story put out by the city of Shanghai, and not denied by the Chinese Communist Party, is so extreme as to invite ridicule.

A new “zero tolerance” policy for COVID-19, which is a bogus non-existent disease in the first place, was imposed on all Shanghai citizens, first on the East side of the Huangpu River from March 28 [2022], and then for the entire city from April 1st.

Supposedly all citizens will be tested for COVID-19. According to media reports, only 26,087 new cases of COVID-19 have been found, and of those, only 914 were symptomatic…

The confinement of Shanghai’s labour force was carried out under a “Covid zero tolerance mandate”: “At least 38,000 medical workers from across China have been deployed to aid Shanghai … in the fight against the Omicron variant…” (Global Times)

Omicron is the Buzzword: Omicron and its BA.5 Sub-Variant

China’s Health authorities have confirmed that “Nucleic acid [namely the PCR ] tests are central to its strategy”.

A Covid-19 Response Expert Panel headed by Dr. Liang Wannian was set up under the auspices of China’s National Health Commission. The Zero Tolerance Mandate consisted in “China beating the Omicron variant” using the defunct PCR test, which does not distinguish between Covid-19 and seasonal influenza. The PCR test was categorized by the US CDC as totally invalid, effective 31 December 2021.

Dr. Gao was a participant in the Scenario 201 October 2019 Table Top Simulation of a Corona Virus Pandemic, less than three months prior to the outbreak of the “Real Life” novel 2019 corona virus epidemic in Wuhan in December 2019.

From the outset, Dr. Gao Fu played a central role in overseeing Covid-19 in China, acting in close liaison with the US CDC, Fauci’s NIAID, the Gates Foundation, the WHO, John Hopkins et al.

George Fu Gao is an Oxford graduate. For several years, he was fellow of the Wellcome Trust which is linked to Big Pharma.  Gao Fu is a professional colleague and “longtime friend” of Anthony Fauci:

“George F. Gao, head of China’s Center for Disease Control and Prevention, received the email from Anthony Fauci on March 28, 2020. [a few days after the lockdown in the US].

As Fauci faced criticism for his handling of the pandemic, Gao reached out again.

“I saw some news (hope it is fake) that [you] are being attacked by some people. Hope you are well under such a irrational situation,” Gao wrote April 8, 2020.

“All is well despite some crazy people in this world,” Fauci wrote, the newspaper reported.”

The Devastating Economic Impacts of the Shanghai Lockdown

On July 10, 2022, China’s Health authorities announced that several major urban areas have been instructed to implement the Zero Tolerance COVID-19 mandate as a means to combating  the “highly-transmissible Omicron BA.5 subvariant”.

What is significant is that the labour force has been confined in a large number of industrial cities thereby leading to economic and social chaos as well as a dramatic decline in economic activity. According to Reuters:

The BA.5 [subvariant] lineage, spreading fast in many other countries, has been detected in cities such as Xian in the province of Shaanxi and Dalian in Liaoning province, … It was first found in China on May 13 in a patient who had flown to Shanghai from Uganda, the China Center for Disease Prevention and Control said, with no local infections linked to the case that month.

Did that “patient” from Uganda take the PCR test upon his return to China? Variants and sub-variants cannot under any circumstances be detected by the PCR test. The study by China CCDC  based on the detection of genetic sequences based on a PCR nasopharyngeal swab is misleading.

46 symptomatic cases out of a population of 1.45 billion people does not justify closing down major urban areas.

This decision borders on ridicule. It has no scientific basis. Is there a hidden agenda? The Chinese Communist Party has acquiesced? Are there divisions within China’s leadership? Both the Western and Chinese media are totally silent on the matter.

The impacts of these measures put forth by China’s National Health Commission and China’s CCDC have precipitated China’s supply chains into jeopardy.

“Covid Tolerance Zero” has contributed to destabilizing Shanghai’s financial sector as well as its buoyant export economy. It has also contributed to undermining domestic transport and commodity supply lines.

It has created social havoc and hardship for millions of people.