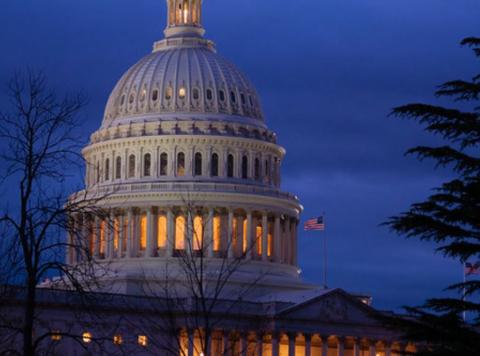 For more than a century, the process of political centralization and state building in the United States has entailed convincing a large portion of the population that the federal government must be the final arbiter of the moral righteousness of every law and policy adopted in every state. The idea began as a novel concept in the nineteenth century when federal policy makers began to use it as a tool of asserting federal control over states. If federal institutions regard a state policy as conforming to federal notions of “rights,” then the policy is allowed to stand. If, not, then the federal government deems the law to be null and void. This negation of state and local policies, of course, is backed with real or threatened coercive force applied by federal institutions.

Over more than two centuries, the regime’s written constitution has been repeatedly reinterpreted to create powers of “judicial review” and enhance federal veto powers over state and local laws.  Today, this power is accepted without question by the overwhelming majority of Americans.

Moreover, the idea permeates all corners of the political spectrum, so that conservatives and progressives alike can routinely be heard calling for the federal government to step in and overturn local laws by force when those local laws are not to the liking of activists. The modern Left, of course, has long called for federal intervention in every state and local government right down to the local school board. Through this process, for example, even school prayer at a high school sports game has been turned into a federal issue. Conservatives, meanwhile, demand that the federal government void state and local gun laws where conservatives regard these laws as overly restrictive.

This is even a common notion among self-described libertarians, many of whom insist that it is entirely proper for one government—i.e., the federal government—to impose certain laws on another government—namely, the state and local governments.

Among advocates of this sort of thing, whether progressive, conservative, or libertarian, it is justified on the grounds that federal intervention must be allowed to “protect rights”—with the federal government also defining rights to fit federal preferences. Moreover, the central government in these cases is to be the sole judge of its own laws and policies, and not subject to any intervention from any other government for purposes of protecting rights, or anything else.

As I’ve noted in the past, this is a form of imperialism and it is certainly nothing new, novel, or unique to Americans. Imperialists of all stripes have long justified their interventions on the grounds that their actions are necessary to enforce the protection of human rights, spread civilization, or otherwise perform some service to humanity. This is deemed necessary because the people in the “colonies,” however defined, cannot be trusted with self-government, and therefore must submit to the enlightened rule of outsiders who can be trusted with properly protecting rights and civilization.

But, it’s all backed by myths and double standards based on purely arbitrary distinctions invented to explain away why state governments can’t be trusted to protect rights, but the federal government can.

For example, all state governments in the US are republican governments with regular elections, legislatures, courts, and many so-called checks and balances of their own. Most state constitutions contain their own bills of rights, and employ state supreme courts that evaluate state and local laws in light of these legal rights. In other words, each state government contains all the hallmarks of what the elites tell us is “democracy.”

For whatever reason, though, these institutions are deemed to be unreliable in protecting rights and are—in the parlance of US elites—not sufficiently democratic. The solution, we are told, is to subject all state laws and policies to a federal veto through the courts or through federal legislation that supersedes state law. Federal intervention, we are told, is necessary as a backstop to prevent abuse by state and local officials.

Why is it federal institutions function to protect rights while state and local institutions are insufficient to do so? This is never explained, and how could it be? The “evidence” for the claim often just comes down to asserting that the people in State X are too fascist, racist, or evil to be allowed self-government. Thus, unlike the federal government, state governments require intervention from outside institutions to “correct” the situation.

The Federal Government Is the Sole Judge of Its Own Laws.

For a further illustration of the incoherence of the situation, we need look no further than the fact that virtually no one in the regime has seriously attempted to subject US laws to evaluation by judges at the United Nations or any other international organization. (To do so would at least be consistent with the idea that a government’s law ought to be subject to review by some “higher” level of government.) Not that the idea is never mentioned. For example, some proabortion interest groups have claimed that states which outlaw abortion do so in violation of international law. Arguably, then, if the federal government were to allow abortion prohibitions, the US ought to be subject to outside intervention in the name of forcing compliance with international human rights protections.