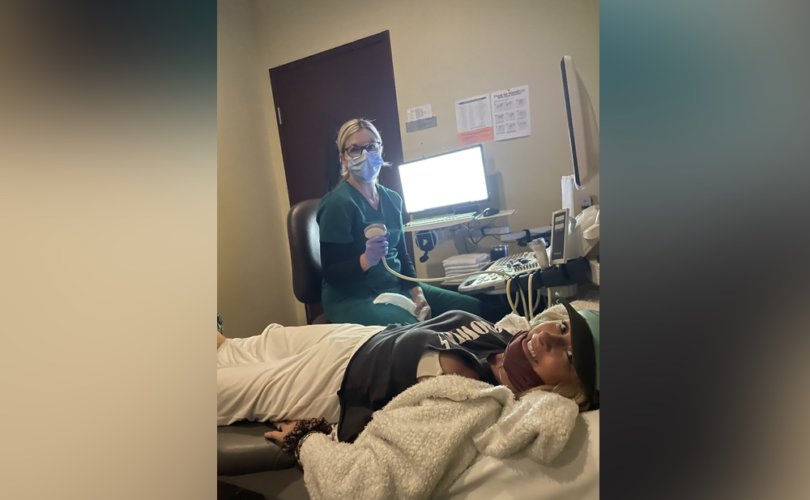 As a result, she remains unable to work, has been alienated from her children, and despite the generous efforts of a network of loyal friends over many months, is now residing in a southern California homeless shelter.

“She’s the all-American girl who did what was right, and she lost everything,” explained Brenda Maingot in a telephone interview with LifeSiteNews. Maingot and her husband Gary, close friends of Porter for 27 years, cared for her in their home for an extended period of time following her injury.

An education specialist from Marietta, Maingot described her friend Jenny as “stunningly beautiful, always active, always exercising. She was like the PTA soccer mom at her kids’ school… just the epitome of health.”

Porter’s personal chiropractor, Dr. Sean Rundle, concurred. “Prior to this incident, Jenny had always been the type of patient that when she walked in the office the energy just went up. She’s always high energy, always positive, just a go-getter and full of life.”

“In August, after the vaccine, she was unrecognizable,” he told LifeSiteNews. “She was oftentimes carried in [the office] as she couldn’t walk in on her own… her whole body just completely blew up in an inflammatory state. Her eyes were puffed in, her cheeks were full, her legs were swollen.”

“It’s like Jekyll and Hyde, it’s a tale of two different women from where she used to be [before the shot] to where she is now,” Rundle lamented.

In a June interview with Broken Truth, Porter explained that her doctor of almost 20 years had diagnosed her with Multi-System Inflammatory Syndrome (MIS) as a result of the Pfizer injection.

MIS is “an autoimmune-type inflammatory disease which attacks your organs, your tissues, your muscles. It also activated old sports injuries. It activated arthritis. It damaged my spine and bulged discs in my lumbar. We also believe it bulged discs in my neck,” she explained.