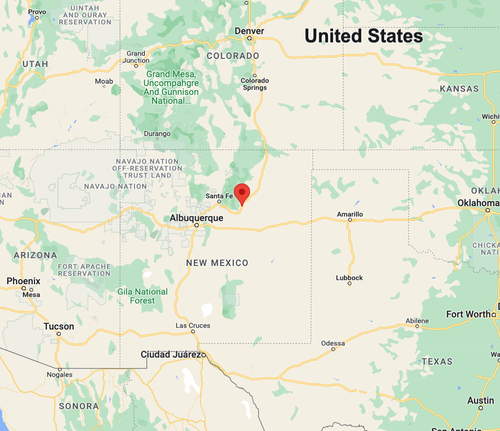 The city of Las Vegas, New Mexico, has less than two months of drinking water after a massive wildfire contaminated a river the town pulls from, according to local news KOAT 7.

Not to be confused with Las Vegas, Nevada, the 13,000-person city in San Miguel County relies solely on the now contaminated Gallinas River, which is full of ash and debris after the Calf Canyon-Hermits Peak Fire.

New Mexico Gov. Michelle Grisham declared “a state of emergency in Las Vegas” on Friday after the town’s drinking water storage had only 50 days of stored water left.

I’ve declared a state of emergency in Las Vegas due to burn scar flooding threatening the area’s drinking water supply.

We’ve made $2.25 million in state funding available to support the city’s work to ensure Las Vegas residents continue to have a safe supply of drinking water. pic.twitter.com/qpiSqJykUu

Las Vegas Mayor Louie Trujillo said the municipal water treatment facility could not treat the contaminated water. The town is running out of options and has implemented Stage 6 water restrictions.