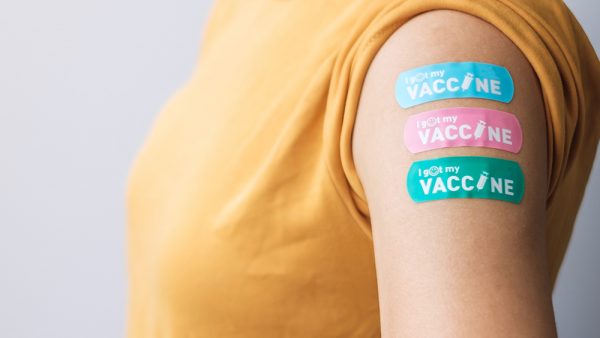 As we said from the beginning, the ruling class never had any intention of making people get injected with only two shots of the experimental gene therapy “vaccines.” In fact, Dr. Anthony Fauci now says that variant-specific boosters are coming.

Prepare for an endless string of injections. The rulers have already convinced a good amount of the population to take two, three, or even four shots that they can see with their own eyes do not work. But Fauci needs you to keep getting injected.

“As we get into the fall, you’d want to boost with a BA.5 [vaccine] — so that if you get BA.5 or something closely related to that, you will enhance the immunity against that particular variant,” Fauci, President Biden’s chief medical adviser, said on Hill.TV’s “Rising” on Monday.

The seven-day average of new daily cases in the U.S. is nearly 125,000 as of Monday, according to the CDC.  BA.5 currently accounts for nearly 82% of all confirmed cases. It appears to be Covid’s most transmissible strain to date, driving both new infections,  likely including Joe Biden, and reinfections in people who previously recovered from Covid,  according to a report by CNBC.

This is all being done to convince the public that they need more injections of the same stuff that has failed to be effective so far:

BA.5 could spread even more aggressively in the fall, as vaccine immunity wanes and people spend more time indoors — and booster shots specifically formulated to fight the subvariant may serve as an added layer of protection.

Last month, the U.S. Food and Drug Administration recommended that drugmakers like Pfizer and Moderna develop bivalent booster shots by the fall. Those are shots designed to bring greater immunity because they target two strains: the original Covid strain and BA.5.

“That’s a pretty good estimation of what we will be seeing in the fall,” Fauci said. –CNBC

Within mere days of the mainstream media’s announcement of Omicron, drug makers were already working on an Omicron “vaccine.” They sure were able to sequence the DNA of that new variant rather quickly.

They Are Already Making New “Vaccines” For Omicron

At the FDA’s request, drugmakers in the Big Pharma industry are scrambling to develop even more boosters. Both Pfizer and Moderna have indicated that their updated shots could be available in October, but federal health officials reportedly told the Washington Post last week that they’re hoping for early- to mid-September instead.

The more they can panic the masses into taking these the better for them. If the uptake of these shots stays low, expect another variant to magically surface and make people want to get injected once again.