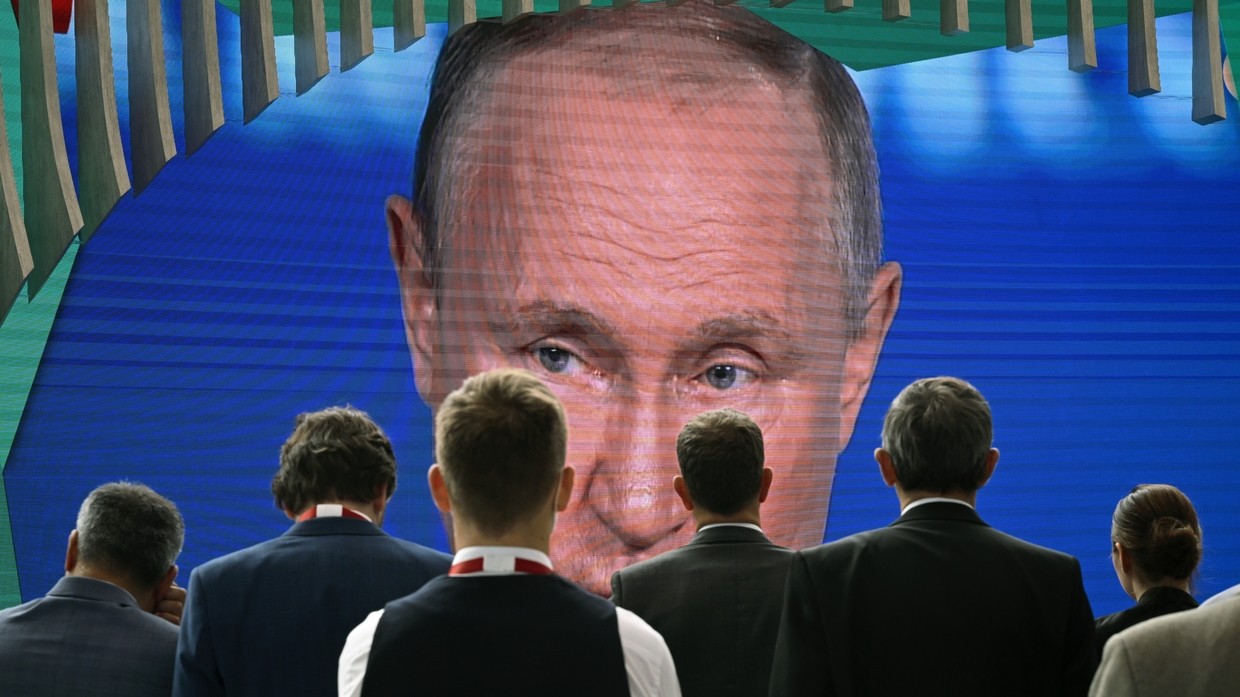 It’s perhaps hard to believe now but – only eight years ago – Russia was a full member of the former G8. Since then, there have been dramatic changes.

Just before the G7 leaders met at Elmau Castle in Bavaria last week, their counterparts from the five BRICS countries held an online summit under the Chinese presidency. Russia had been discussed as a threat at the G7 gathering but was a key participant in the latter.

Long gone are the days when Moscow could straddle the divide between the West and the non-West. Following the 2014 Ukraine crisis, the G8 reverted to its previous G7 format; in the wake of the Russian military action in Ukraine last February, Russian-Western confrontation degenerated into a full-blown “hybrid war,” complete with an actual confrontation – if so far a proxy one.

Having tried, after the end of the Cold War, to become part of the new West, and having failed at that endeavor, Russia is now focusing on developing its ties with Asia, the Middle East, Africa, and Latin America.

This is both a difficult and a necessary task, for a number of reasons. First, there is a powerful inertia from the past. At least since the days of Peter the Great, Russian elites have looked westward, adopting Western ways of appearance and behavior (while remaining distinctly Russian beneath the garb and manners); adapting Western institutions (even if often only superficially); borrowing Western patterns of thinking (while creatively developing them, as with Marxism); seeking to become a great European power; then, in Soviet days, a global superpower; and, more recently, a key component of a greater Europe from Lisbon to Vladivostok.

This is a pathway hard to wean off from. Yet, now, for the first time ever, Russia is facing a united West, from North America, the European Union, and Britain, to Japan and Australia. What’s more, there are no allies in the West that Moscow can turn to – even notionally neutral states such as Finland, Sweden, Austria, and Switzerland, have all ditched their neutrality. Russia’s political rupture with the West is thus complete, and any new norm of relations between them can only emerge as a result of the “hybrid war,“ which will take years, if not decades, to fight out.

Second, Moscow’s economic relations have been largely built with the West. Historically, Russia has been a resource for Western European industry; a breadbasket of the continent; and a major importer of industrial products and technology. Until recently, Russia’s trade with the European Union alone accounted for more than half of Russia’s foreign commerce, and Germany was the lead exporter of machinery and technology to Russia. Since the early 1970s, oil and gas pipelines from Russia to Western Europe have formed the backbone of economic ties and provided for general stability on the continent, even in the dangerous decades of the Cold War and in the turbulent times of the disintegration of the Soviet Union itself. This, too, is on the way out, however.

The severe sanctions imposed on Russia by the US, EU and UK will not be lifted even when the actual fighting in Ukraine stops, and the painful experience of foreign exchange and asset seizures will leave a huge imprint on any future Russian approach to economic ties with the West.

Third, in cultural terms, Russians have traditionally identified themselves with the rest of Europe. Christianity; the legacies of Ancient Greece and Rome; the ideas of French Enlightenment and German philosophy; European literature and the arts, music, and dance – all of this helped shape and form Russia’s own culture, giving it a powerful stimulus for self-development. Despite the recent political rupture and the geo-economic shift, the foundations of Russian culture remain definitely European.

However, a number of elements of today’s cultural scene in the West, particularly the dominant cult of individual self-expression, runaway liberalism that is turning increasingly oppressive, the erosion of family values and the proliferation of genders, jars with the more traditional cultural code of the majority of the Russian population.

That said, the obvious necessity for Russia to now look beyond the West means it can probably overcome the historical inertia, the legacy of previous geo-economic priorities, and cultural affinities. With the West shunning Russia, trying to isolate and sometimes ‘cancel’ it, Moscow has no choice but to kick its old habits and reach out to the wider world beyond Western Europe and North America. In fact, this is something that successive Russian leaders vowed to do repeatedly, even when relations with the West were much less adversarial, but the Europe-oriented mindset, the apparent ease of trading resources for Western goods and technologies, and the ambition to be accepted into Western elite circles prevented that intention from turning into reality.

It has been noted, however, that people start doing the right thing only when there are no other options. And certainly, capitulating to the West is no option for Russia, at this point. Things have gone too far.

Beyond the necessity of an overhaul of Russia’s foreign relations there are real opportunities to pursue. Since the end of the Cold War, the leading countries of Asia, the Middle East, Africa, and Latin America have risen spectacularly in all respects, from economically and politically to technologically and militarily.

Even before the outbreak of the “hybrid war,” China had overtaken Germany not only as Russia’s principal trading partner, but also as the leading exporter of machinery and equipment to Russia. India, a traditional importer of Soviet and Russian weapons, is now emerging as a major technology partner for Moscow. Saudi Arabia and the United Arab Emirates are Russia’s principal partners in regulating oil output in the OPEC+ format. Turkey and Iran are major independent players in a key strategic region. The fact that the vast majority of non-Western countries refused to condemn Russia for what it is doing in Ukraine – many of them despite strong US pressure – is most encouraging for Moscow. In the sense that those who are not against us could be considered to be with us.