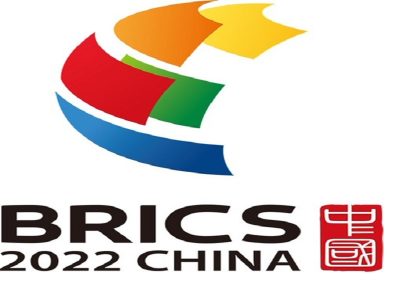 Fast but not furious, the Global South is revving up. The key takeaway of the BRICS+ summit in Beijing,  held in sharp contrast with the G7 in the Bavarian Alps, is that both West Asia’s Iran and South America’s Argentina officially applied for BRICS membership.

The Iranian Foreign Ministry has highlighted how BRICS has “a very creative mechanism with broad aspects”. Tehran – a close partner of both Beijing and Moscow – already had “a series of consultations” about the application: the Iranians are sure that will “add value” to the expanded BRICS.

Talk about China, Russia and Iran being sooooo isolated. Well, after all we’re deep into the metaverse spectrum, where things are the opposite of what they seem.

Moscow’s obstinacy in not following Washington’s Plan A to start a pan-European war is rattling Atlanticist nerves to the core. So right after the G7 summit significantly held at a former Nazi sanatorium, enter NATO’s, in full warmongering regalia.

So welcome to an atrocity exhibition featuring total demonization of Russia, defined as the ultimate “direct threat”; the upgrading of Eastern Europe into “a fort”; a torrent of tears shed about the Russia-China strategic partnership; and as an extra bonus, the branding of China as a “systemic challenge”.

There you go: for the NATO/G7 combo, the leaders of the emerging multipolar world as well as the vast swathes of the Global South that want to join in, are a “systemic challenge”.

Turkiye under the Sultan of Swing – Global South in spirit, tightrope walker in practice – got literally everything it wanted to magnanimously allow Sweden and Finland to clear their paths on the way of being absorbed by NATO.

Bets can be made on what kind of shenanigans NATO navies will come up with in the Baltics against the Russian Baltic Fleet, to be followed by assorted business cards distributed by Mr. Khinzal, Mr. Zircon, Mr. Onyx and Mr. Kalibr, capable of course of annihilating any NATO permutation, including “decision centers”.

So it came as a sort of perverse comic relief when Roscosmos released a set of quite entertaining satellite images pinpointing the coordinates of those “decision centers”.

The “leaders” of NATO and the G7 seem to enjoy performing a brand of lousy cop/clownish cop routine. The NATO summit told coke comedian Elensky (remember, the letter “Z” is verboten) that the Russian combined arms police operation – or war – must be “resolved” militarily. So NATO will continue to help Kiev to fight till the last Ukrainian cannon fodder.

In parallel, at the G7, German Chancellor Scholz was asked to specify what “security guarantees” would be provided to what’s left of Ukraine after the war. Response from the grinning Chancellor: “Yes … I could” (specify). And then he trailed off.

Over 4 months after the start of Operation Z, zombified Western public opinion completely forgot – or willfully ignores – that Moscow spent the last stretch of 2021 demanding a serious discussion on legally binding security guarantees from Washington, with an emphasis on no more NATO eastward expansion and a return to the 1997 status quo.

Diplomacy did fail, as Washington emitted a non-response response. President Putin had stressed the follow-up would be a “military technical” response (that turned out to be Operation Z) even as the Americans warned that would trigger massive sanctions.

Contrary to Divide and Rule wishful thinking, what happened after February 24 only solidified the synergistic Russia-China strategic partnership – and their expanded circle, especially in the context of BRICS and the SCO. As Sergey Karaganov, head of Russia’s Council on Foreign and Defense Policy noted earlier this year, “China is our strategic cushion (…) We know that in any difficult situation, we can lean on it for military, political and economic support.”

That was outlined in detail for all the Global South to see by the landmark February 4th joint statement for Cooperation Entering a New Era – complete with the accelerated integration of BRI and the EAEU in tandem with military intelligence harmonization under the SCO (including new full member Iran), key foundation stones of multipolarism.

Behind the “Tin Curtain”: BRICS+ vs. NATO/G7

Now compare it with the wet dreams of the Council on Foreign Relations or assorted ravings by armchair strategic “experts” of “the top national security think tank in the world” whose military experience is limited to negotiating a can of beer.

Makes one yearn for those serious analytic days when the late, great Andre Gunder Frank penned ” a paper on the paper tiger” , examining American power at the crossroads of paper dollar and the Pentagon.

The Brits, with better imperial education standards, at least seem to understand, halfway, how Xi Jinping “has embraced a variant of integral nationalism not unlike those that emerged in interwar Europe”, while Putin “skillfully deployed Leninist methods to resurrect an enfeebled Russia as a global power.”

Yet the notion that “ideas and projects originating in the illiberal West continue to shape global politics” is nonsense, as Xi in fact is inspired by Mao as much as Putin is inspired by several Eurasianist theoreticians. What’s relevant is that in the process of the West plunging into a geopolitical abyss, “Western liberalism has itself become illiberal.”

Much worse: it actually became totalitarian.

The G7 is essentially offering to most of the Global South a toxic cocktail of massive inflation, rising prices and uncontrolled dollarized debt.

Fabio Vighi has brilliantly outlined how “the purpose of the Ukrainian emergency is to keep the money printer switched on while blaming Putin for worldwide economic downturn. The war serves the opposite aim of what we are told: not to defend Ukraine but to prolong the conflict and nourish inflation in a bid to defuse cataclysmic risk in the debt market, which would spread like wildfire across the whole financial sector.”

And if it can get worse, it will. At the Bavarian Alps, the G7 promised to find “ways to limit the price of Russian oil and gas”: if that doesn’t work according to “market methods”, then “means will be imposed by force”.

A G7 “indulgence” – neo-medievalism in action – would only be possible if a prospective buyer of Russian energy agrees to strike a deal on the price with G7 representatives.

What this means in practice is that the G7 arguably will be creating a new body to “regulate” the price of oil and gas, subordinated to Washington’s whims: for all practical purposes, a major twist of the post-1945 system.

The whole planet, especially the Global South, would be held hostage.

Meanwhile, in real life, Gazprom is on a roll, making as much money from gas exports to the EU as it did in 2021, even though it’s shipping much smaller volumes.

About the only thing this German analyst gets right is that were Gazprom forced to cut off supplies for good, that would represent “the implosion of an economic model that is over-reliant on industrial exports, and therefore on imports of cheap fossil fuels. Industry is responsible for 36% of Germany’s gas use.”

Think, for instance, BASF forced to halt production at the world’s biggest chemicals plant in Ludwigshafen. Or Shell’s CEO stressing it’s absolutely impossible to replace Russian gas supplied to the EU via pipelines with (American) LNG.

This coming implosion is exactly what Washington neocon/neoliberalcon circles want – removing a powerful (Western) economic competitor from the world trading stage. What’s truly astonishing is that Team Scholz can’t even see it coming.

Virtually no one remembers what happened a year ago when the G7 struck a pose of trying to help the Global South. That was branded as Build Back Better World (B3W). “Promising projects” were identified in Senegal and Ghana, there were “visits” to Ecuador, Panama and Colombia. The Crash Test Dummy administration was offering “the full range” of US financial tools: equity stakes, loan guarantees, political insurance, grants, technical expertise on climate, digital technology and gender equality.

The Global South was not impressed. Most of it had already joined BRI. B3W went down with a whimper.