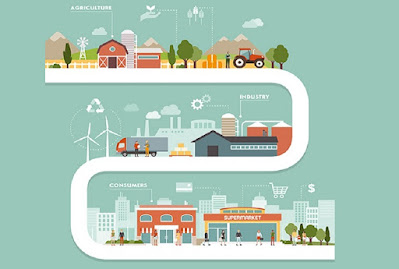 While the national media is busy playing politics, protecting Joe Biden, screaming the world is ending because of climate change, and basically performing activism and the hell with actual journalism, America is heading in a direction that leads to hunger and fighting for survival.

Before moving on to the multitude of issues affecting the supply chain here in the U.S., I would like to point to what is described by Forbes as a “harbinger of larger things to come around the rest of the world in the months and years ahead.”

Sri Lanka: The first paragraph in a piece from July 10, 2022, titled “Rising Social Unrest Over Energy, Food Shortages Threatens Global Stability,” pretty much says it all.

The nation of Sri Lanka has an almost perfect ESG rating of 98.1 on a scale of 100, according to WorldEconomics.com. But the government which had forced the nation to achieve that virtue-signaling target in recent years collapsed over the weekend because it led the country into self-declared bankruptcy, leaving it unable to purchase adequate supplies of fuel and feed its population. Thousands of angry Sri Lankans stormed the presidential residence on Saturday, forcing President Gotabaya Rajapaksa to step down and reportedly flee the country.

Next I point readers to the portions put in bold and underlined above.

Collapsed over the weekend. That ladies and gentlemen is how fast a nation, even one with such a high sustainability rating, can fall.

When the food is gone, the rioting begins.

Many Americans still believe that “it can’t happen to or in America,” and that is arrogance, hubris, and a massive failure on the part of the MSM to “inform” the public of how fast it can happen and to give them adequate warnings to prepare for the possibility, which is looking more likely with each new report of events that affect the food supply in America

Gas prices, a lack of fertilizer, food prices, and increasingly empty shelves, are the result of many factors, including trucker shortages, war, mysterious fires and explosions of food plants across America, and as Stefan Stanford recently pointed out, an upcoming strike by those that run our trains, but when a family is hungry, they truly aren’t thinking of “why, just “how” are they going to feed themselves and their families.

Another strange set of events was reported by Steve Quayle as this SQ alert tells us:

We recommend reading the entire alert, but the gist of it is that multiple stores in Montana had suspicious “freezer failures,” causing tens of thousands of tons of foods to be brought to landfills and disposed of.

Readers have been letting us know about shortages in their local stores, and some recent news articles, which seem hard to find on the search engines because those that are actually reporting on the shortages, downplay it, or bury their stories under their activism very quickly, all show the food supply issues steadily getting worse, while the prices get higher, even as “shrinkflation” (same price, less product in packaging), hits more products.