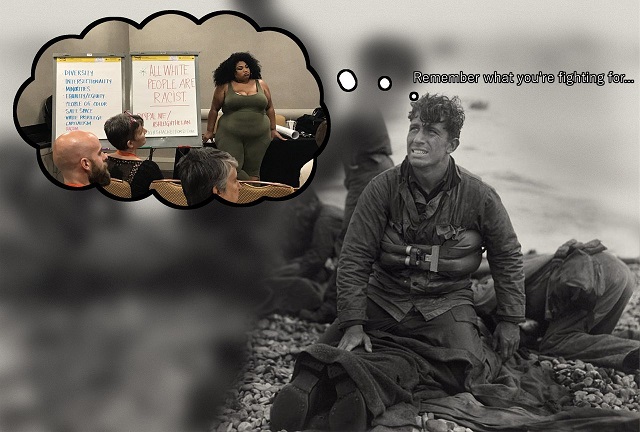 A 100-year-old veteran is going viral for giving an emotional interview ahead of Independence Day to his local Fox affiliate where he broke down and cried about the state of America.

Carl Spurlin Dekel has seen a lot in his life, and now he can add another milestone memory.

On Wednesday, June 29, his family and friends gathered to honor the service, sacrifice, and centennial of the World War II veteran in Plant City.

“Most important thing in my life was serving my country. I don’t think I could take away from that,” Dekel said.

[…] In the many years since Dekel left the military, he has continued to make service his life mission, donating to food banks and participating in his church community.

[…] “People don’t realize what they have,” Dekel said, showing his emotions. “The things we did and the things we fought for and the boys that died for it, it’s all gone down the drain.”

How many soldiers would have taken up arms in World War II if they knew they were fighting for Drag Queen Story Hour and Gay Pride Parades?

“Remember what you’re fighting for!” https://t.co/hZkR9I0pgF