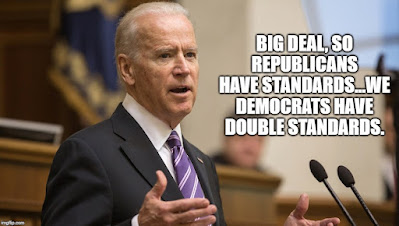 Duplicity and phoniness are the two words which come to mind when describing this neo-liberal ideology, a dangerous ideology which is currently being unleashed upon the world. If not for double standards, liberals would have no standards at all

Why do some people always seem to fall for the Left’s duplicitous nature and their so-called “good intentions”?Leftists will always use the façade of good intentions in order to advance their marxist agenda, this tactic they constantly use we should all refer to as Obamaism 101. Former President Obama was the master of illusion, the creator of confusion and the facilitator of division and delusion. Obama promised he would change things for the better. But in reality he made things much worse. He was the epitome of the wizard of oz behind the curtain. Pretending to be all powerful and all knowing. However, when we look back at all the results of Obama’s leftist policies, people can make the safe assumption that his presidency was a disaster.

The left bases everything they do upon good intentions. But we must always analyze the results of their so-called “good intentioned policies. “Leftists always seem to ignore the reality and negative repercussions of their impractical policies. The only thing that really matters to the politicians on the left is if they can get enough gullible people to buy into their ridiculous ideas. Most politicians on the left wish to instill a perception within the citizen’s minds that their policies will have a positive effect upon their lives. Perception has become vital in advancing the left’s maniacal agenda, it now trumps everything else. In today’s world, the negative and damaging results of leftist policies often become ignored.

We all exist within a perception based world. An upside down world where the Democrats and the left have become the masters of controlling and manipulating all of our emotions, so we eventually come to accept their often disastrous and ineffective policies.

Leftists will use the marxist media to highlight and cheer on their warped agenda. The majority of those within the MSM can’t help themselves in exalting all of the failed ideas and policies of the left. The liberals with much help from their friends in the media have created a rigged system. They have created this system by controlling just about every aspect of our society. Leftists have their claws within everything today, including The Public Education/Indoctrination System, Big Banks, Big Business, Big Pharma, Big Tech, Big Government, MSM/Social Media, Hollywood and just about everything else which has a major effect upon shaping a vast number of US citizen’s overall perception. It seems that we are told by the majority within the mainstream media today that everything the leftists within government orchestrate on a daily basis is for our greater good. 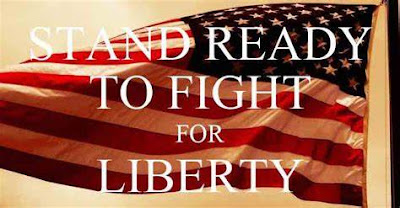 “Of all tyrannies a tyranny sincerely exercised for the good of its victims may be the most oppressive.” –C.S. Lewis-
We all need to closely examine the recent policies of these leftist politicians/lawmakers. Policies which appear to be reasonable to the average joe. But, in reality always result in causing irreparable damage to all of us.

Let’s start with the greatest fraud ever perpetrated upon the American people: the climate change fiasco. I can’t think of a more greater propagandist driven policy ever to be concocted by the leftist elites. IMHO, this climate change cult agenda was invented and instituted, in order to take down western civilization and the US middle class.
This climate alarmism has had a huge negative effect upon every facet of our society. From brainwashing our youth into thinking the world is about to end any minute, along with guilting adults into feeling bad about the cars they drive and the very lives they go about living. This climate change propaganda is being used as a tool to bankrupt all of us financially, emotionally and socially. The left has become very adept at using virtue signaling as a “weapon” in order to coax people into acquiescing to their unreasonable demands.
IMHO, Joe Biden is destroying our energy independence, we can all see very clearly the negative repercussions of his insane anti-American/America Last energy policies. Biden’s stifling regulations which he has imposed upon the American fossil fuel industry are having a devastating effect upon middle class families. The extremely high gas prices and the potential for hyper-inflation are the direct result of Joe Biden and the left’s war on US fossil fuels. Biden’s unnecessary and ridiculous governmental regulations are now setting America up for a major depression. These demonic policies are causing every American citizen undue financial burden. The constant pandering to the radicals within the climate change cult is becoming very destructive to our overall economy.
These twenty-five Biden administration policies are raising energy costs
We are losing a grip on the supply chain required to maintain our way of life. After many years of brainwashing and attempting to make people feel guilty about the planet’s welfare, the left is now going for the jugular, an abrupt phasing out of American fossil fuels. How dangerous is this? Who would do something so egregious, without ever contemplating the devastating effect this policy would have on the average American family and their ability to survive?