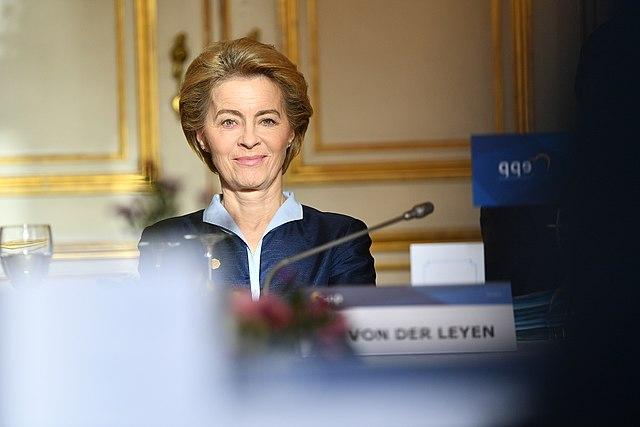 June 24 — Despite ominous developments which portend a breakdown of economic security throughout the Eurozone, leaders of the European Union (EU) and NATO will meet in a series of summits to engage in self-congratulations for their “heroic efforts” to combat the threat from Russia and Putin.  As they plot to increase the flow of offensive weapons to Ukraine and the expansion of the EU and NATO, amidst chatter about their success in degrading Russia’s military and economic strength, they appear oblivious to the reality of the situation not only on the battlefields of Ukraine, but within their own countries.

With strike ferment spreading from the UK to Belgium over the effects of runaway inflation, farmers and truckers taking to the streets against the devastating consequences of the Green New Deal, and protests building against their commitment to more war, the euphoria for war appears to prevent them from seeing the bleak reality they have created.  This is typified by the pronouncements of European Commission President Ursula von der Leyen, who gushed obliviously about plans to make Ukraine and Moldova candidates for membership in the EU, saying this “strengthens us all…in the face of Russian imperialism.” 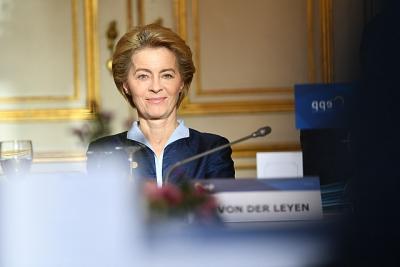 Leading the cheers is the buffoonish British Prime Minister Boris Johnson, who is a front man for the imperial war hawks in the City of London and the “Five Eyes”.  He proclaimed in an op ed in the {Times of London} on June 18 that “the UK and our allies are united in our iron resolve never to countenance” the “dismembering [of] Ukraine.”  After asserting the fabricated narrative that “Ukrainian heroism and sacrifice saved Kyiv from Russia’s armoured assault and preserved the state with President Zelensky at the helm,” he went on to boast that “Putin may not realize it but his grand imperial design for the total reconquest of Ukraine has been derailed.”

Needless to say, no “fact checkers” at the {Times} corrected the PM, that there was never a “battle for Kiev”, nor a “grand imperial design” of Putin to reconquer Ukraine.  The day before the op ed was published, Johnson made an unscheduled trip to Kiev, following the visit there by German Chancellor Scholtz, French President Macron and Italian PM Draghi, to bolster his battered image back home with photo ops, while reassuring the embattled Zelensky that NATO is prepared to fight to the last Ukrainian!

Johnson’s flight forward was reflected in a bizarre message to British troops issued by General Sir Patrick Sanders, newly installed as chief of the British Army.  Sanders told them that they must now prepare “to fight in Europe once again”, as the conflict in Ukraine continues.  Summoning up his best imitation of Sir Winston Churchill, Sanders said, “There is now a burning imperative to forge an Army capable of fighting alongside our allies and defeating the Russians in battle….We are the generation that must prepare the Army to fight in Europe once again.”  Unmentioned by the Army chief is the government’s plan to reduce the size of the British army from 82,000 to 72,500 troops over the next two years. 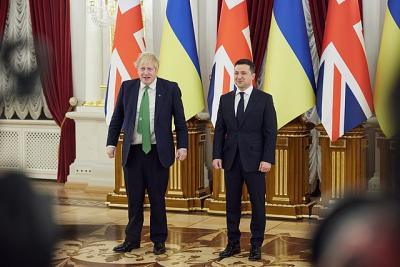 Call for Return to “Industrial Warfare”

As BoJo and his Army Chief were posing as the courageous defenders of Europe, other voices from the U.K. were warning of the inability of the nation to sustain a war economy.  In the midst of the deepening rebellion against the austerity required for fighting a war, as inflation is biting sharply into living standards, were calls to rebuild the industrial capacity for war production.

This was the theme of an article published by the Royal United Services Institute (RUSI) by retired American Lt. Col. Alex Vershinin, in which he expressed concern that while the Russian economy has the industrial depth to sustain a prolonged war with sufficient ammunition, the West does not.  That must be remedied, he wrote, by rebuilding the industrial capacity for war production.  “A country must either have the manufacturing capacity to build massive quantities of ammunition or have other manufacturing industries that can be rapidly converted to ammunition production. Unfortunately, the West no longer seems to have either.”

Vershinin, whose bio notes he had “frontline experience in Iraq and Afghanistan”, and that he worked as a “modelling and simulations officer in concept development and experimentation” for the U.S. Army and NATO, states that, “If competition between autocracies and democracies has really entered a military phase, then the arsenal of democracy must radically improve its approach to the production of matériel in wartime.

“For the U.S. to act as the arsenal of democracy in defense of Ukraine, there must be a major look at the manner and the scale at which the U.S. organizes its industrial base. This situation is especially critical because behind the Russian invasion stands the world’s manufacturing capital—China. As the U.S. begins to expend more and more of its stockpiles to keep Ukraine in the war, China has yet to provide any meaningful military assistance to Russia. The West must assume that China will not allow Russia to be defeated, especially due to a lack of ammunition.”

RUSI describes itself as the oldest and most prestigious “military and defence think tank” in the UK.   Note that Vershinin implies that the West must be prepared to take on China, as well as Russia, as this will be a central theme taken up at the upcoming NATO summit in Madrid..

Vershinin’s concerns were echoed this week in testimony to the House of Lords International Relations and Defence Committee by Admiral Sir Tony Radakin, the Chief of the Defence Staff.  Decrying the constraints of the UK’s industrial capacity, he acknowledged that the “rate of expenditure” of weapons in Ukraine and the inadequate “industrial capacity to backfill” orders has already become a “significant issue.”  Increased demand for weapons, both in the UK and Europe, along with Britain’s decline in industrial capacity over recent decades and current supply chain problems, have added to those issues. Radakin said that the government would have to work with defense contractors to ramp up production, but added: “We are then talking in years, because you cannot whistle up with modern weapons a quick production line.”  It could take “five to 10 years” before the UK could deploy a division with the capabilities to fight alongside US forces: “We could throw out a division now, but it’s not the one we would want.”

Meanwhile, on the Front Lines…

The brave faces put forward by War Hawks such as von der Leyen, BoJo and the U.S. Commander-in-Chief Joe Biden as they escalate provocations against Russia are at odds with the sober assessments of veterans with military experience.  Among those presenting a different view is retired Col. Douglas MacGregor, who told interviewer Judge Andrew Napolitano on June 21, “Ukraine has lost this war.  I would argue it lost it some time ago….It’s now becoming so apparent that even the most ardent supporters of Ukraine’s war on Russia in London, Berlin, Paris and Washington can’t really stand up and say something else…the truth is the war is over.” MacGregor, a former senior adviser to the Acting Defense Secretary under President Trump, Christopher Miller, continued:  “Their army is effectively annihilated.  They’re throwing reservists…into the buzzsaw.  And the Russians are very calmly and methodically annihilating whatever shows up.”

Russia now controls territory which makes up roughly 80% of Ukraine’s GNP.  “I expect Russia will hold onto this and incorporate it into Russia.  It will be annexed.  It was historically Russian, it is again.”

MacGregor said that western leaders are “still in denial” and some wish for the war “to continue into perpetuity”, which could lead to an “extremely dangerous end goal” of a direct war between the U.S. and Russia.

Scott Ritter, a former Marine intelligence officer former UN weapons inspector, went further, stating on June 20 that a Russian victory in Ukraine will spell the end of NATO. “NATO and the United States are facing the kind of moral and physical defeat at the hands of Russia that will probably mean the end of NATO.  I don’t think NATO survives this.
“That doesn’t mean that they’re going to dissolve tomorrow,” he clarified.  But, “I think people have forgotten that just in August of last year, NATO suffered a huge humiliation: the withdrawal from Afghanistan.”

“NATO was struggling after that: ‘who are we? what are we doing?’” he said. “And now they’ve stood up to Russia, to be brave against her, and they’re going to lose against Russia without even fighting.”