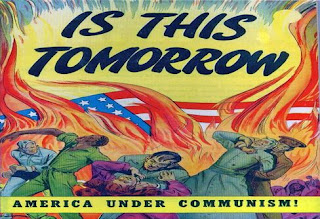 Like lab rats within a cage, our government overlords and their puppets within the mainstream media seem to have many of us locked up. These people in power wish to probe each of our minds, maybe to understand how much human beings are willing to tolerate, before we all lose our minds. The citizens within the US are now like prisoners, sitting within an invisible jail cell, like frogs within a boiling pot of water. The leftist technocratic elites amongst us are constantly scheming, attempting to figure out just how much freedom and privacy, we will all agree to lose, before we give our full consent to the creation of a leftist authoritarian police state.

What we have now is a government that is no longer friendly to the people, but rather is trying to break our will. Never in our history have we seen a federal government weaponize various governmental agencies, in order to intimidate political opponents and citizens, into a state of submission and acquiescence. The corrupt people within power right now are attempting to strip everybody of their God given rights.

These unprincipled leftist politicians are overseeing the melting down of our financial system. Many of these elite miscreants are micromanaging our food supply and currency to the point of near obsolescence. Yet, we all sit back passively and watch this controlled demolition of our country, just like sheep being led to their eventual slaughter.

Most of the leftist radicals have repeatedly told all of us that they are our saviors, on a mission to rescue the planet earth from physical, economic and social destruction. The left will always give us the false impression that their policies will benefit everybody. We, the drudges of society, are now expected to follow these leftist politicians and adhere to their policies, without reservation. Nobody is to ever dare question their authority.

Are we, the citizens of the US, finally willing to come to the sobering realization that the left’s ideas/policies have for the most part been just plain disastrous? According to the liberals, leaving our southern border wide open and unprotected has given birth to a more diverse and safe America. The leftist mainstream media have told all of us that BLM and ANTIFA rallies are peaceful. Left-wing politicians calling for the defunding of the police have led to an increase in crime. Embracing the radical leftist policy of abortion on demand has brought society to a new low. Irresponsible federal deficit spending and high personal credit card debt have put our economy at risk. The past forty years of globalist policies, which include a dependence on China for most of our vital commodities, have made America a vulnerable nation. 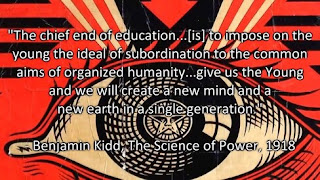 We serfs, are now expected to bow in unison to every decree of these corrupt “progressives” within government. Our children occupying public schools are supposed to embrace the indoctrination of this radical leftist ideology. It seems that many left-wing politicians and educators today have decided that the manifestation of a new, younger generation that lacks virtue and critical thinking is a good thing. The current mayor of NYC and Congresswoman Nancy Pelosi are now promoting drag queens. It is these trash policies that the radical left and most Democrats have the nerve to sell to the people of America.

NYC Mayor Eric Adams Endorses Child Grooming: ‘Drag Storytellers And The Libraries And Schools That Support Them’ Are ‘Core To What Our City Embraces’

Pelosi celebrates drag queen perversion, says this “is what America is all about”

Learning about critical race theory has become the new priority! The Biden administration is now attempting to push CRT on every public school within the USA, despite the massive pushback CRT has received throughout the country.

According to many leftist ideologues, studying critical race theory and liberal revisionist history could be an enlightening experience. Math and civics courses are currently considered to be overrated. Climate change has become the new science and experimental gene therapy a widely accepted medical practice.

The liberals are now saying that multiculturalism makes this country special. Many within the left-wing ideology think that a nation sharing a common culture is pure racism. A lot of “progressives” do not like the English language, and have the opinion that English should not be the official language of the USA. Many leftists claim that teaching some 50 different languages or more within our school system is a positive thing.

Most of us today refuse to pay attention as the left “guides” our country toward their version of a liberal “utopia.” The “fruits” of all the leftist platitudes and their deceiving false narratives are currently taking shape. These diabolical left-wing policies are gathering, like a perfect storm, ready to transform America from a Constitutional Republic into a third world communist hell hole.

Today, many leftist technocrats believe US citizens should embrace a system which is dearth of individual liberty/freedom and personal privacy, after all the government knows best. Knowing that a cashless society/social credit type system awaits in the wings, should cause all of us worry. I wish people would realize that change for the sake of change, doesn’t necessarily make things better.

The cashless life won’t be worth living

Have we all forgotten the brave men and women of the past who paid the ultimate price in keeping us free?