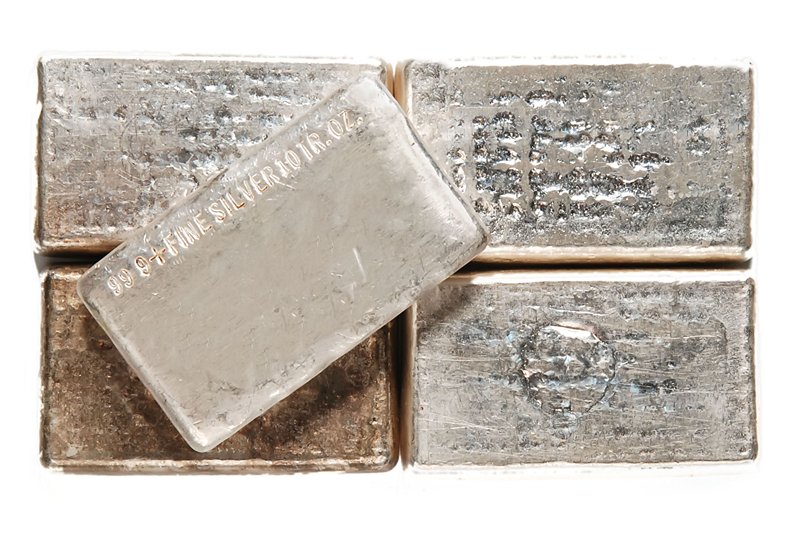 Recent data from the CFTC suggests that COMEX silver positioning is the most favorable since June of 2019. While this does not preclude more downside, it certainly suggests that any further price drops will be shallow.

So, what we’re talking about here is the CFTC’s weekly Commitment of Traders reports that are surveyed at the COMEX close each Tuesday and then reported 74 hours later, after the COMEX close the following Friday. This data is therefore not made timely nor is it suitable for trading. However, once you track the data for years as I have, you begin to notice discernible trends that can help you spot potential price highs and lows.

To wit, when the “Speculators” (mainly hedge and trading funds) get overly excited, bullish, and long, a price top usually follows as buying momentum for COMEX contracts is nearly exhausted. At that same point, the “Commercials” (mainly bullion banks) are heavily net short and poised to profit from the next down move.

Conversely, when Speculators get overly pessimistic, bearish and short, price is often very near a bottom and the risk: reward ratio gets skewed in the direction of “upside reward”. Commitment of Traders history suggests this latter situation, where Speculators are bearish and Banks are long, is where we are now.

So, what is the data currently suggesting? Below is the most recent report, surveyed last Tuesday the 14th, and compiled by Goldseek into this handy chart:

Let’s break it down and add some history:

And what is the significance of June 2019? After the stock market washout and “Powell Pivot” of December 2018, The Fed finally announced a new plan of fed funds rate CUTS at their FOMC meeting of June 18-19, 2019, and, once this occurred, COMEX silver prices rallied about 30%…from near $15 to near $20…before peaking on September 5, 2019.

While it certainly does not appear that there are any fed funds rate cuts planned for the near future, it’s helpful to know that the COMEX silver Commitment of Traders positioning is already similar to where it was the last time The Fed switched course. And since we know that COMEX silver rallied 30% in a similar situation in 2019, it leads me to think that once again the risk: reward ratio for silver is heavily skewed toward “reward” in the coming months.

One more thing. Buried deep within the “disaggregated” Commitment of Traders report, you’ll find a more detailed breakdown of positioning. On these reports, there’s always a category called “Swap Dealers” and that’s also something you should monitor. Why?

So, when you see below the positioning of the “Swap Dealers”, know that these are the summary positions of the bullion bank trading desks. This is not “commercial hedging” as that falls into a different category on the report. You can see this for yourself here. 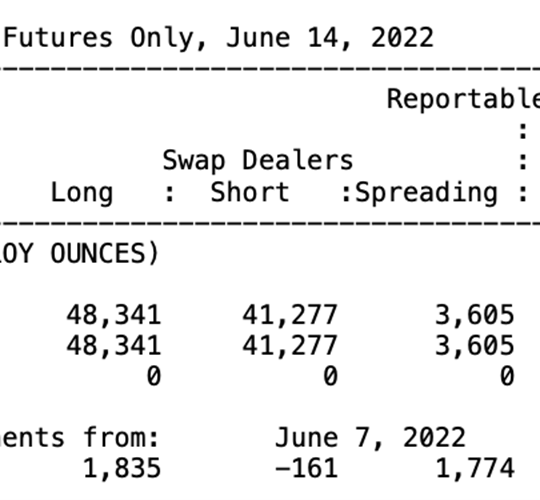 Above you can see that, as of June 14, the “Swap-Dealing Banks” were actually NET LONG 7,064 COMEX silver contracts. How unusual is that? That’s their largest NET LONG position since…you guessed it…June 4, 2019. 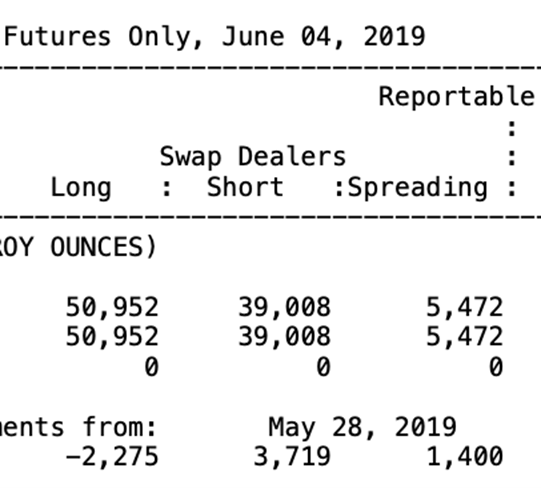 So, what is the point of this week’s post? It’s not that COMEX silver prices can’t go even lower from here…they certainly can. However, given the historical Commitment of Traders and price data, it’s quite likely that further dips will be shallow and that the ratio of risk to reward is now heavily skewed toward reward.