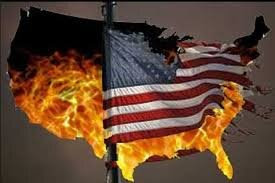 Bear with me here, and get out your tin foil hat, because I have a tale to tell you.

One where I take a step back, or a thousand, and look at the strangest events over the course of the past few years, and “see” dots connecting from one to other, how one event intertwines with another, until we get here.

Here being a moment in time where the man who occupies the White House, supposedly the “decision-maker” needs cheat cards to tell him when to sit, when to leave, and when to talk.

Here being a time when gas prices are at a record high, with no end to the continued increases in sight.

Here being a time where Americans just went through a year of being controlled, threatened and harassed because of a “pandemic,” where states were locked down, businesses deem “non-essential” by state leaders and closed, and Americans forced to be masked or banned from everyday events, such as shopping for food.

Here being a time when on the heels of one “pandemic” we are warned of another, and where diseases such as Polio, are supposedly making a comeback.

Here being a time when things look so bad for democrats politically heading into the midterms, and BOOM, “coincidentally” there are a rapid series of “mass shootings,” so democrats and republicans in name only (RINOS), take yet another step towards violating the Second Amendment right to bear arms.

We’ll definitely come back to that point, because once again, the Supreme Court stepped on the throats of the gun control crowd with a recent decision shooting down a decades old New York law limiting citizens abilities to carry weapons in public.

You see, in my tin foil hat world of “conspiracy,” in order for everything else to work together to strip all control from Americans and force them to be dependent on the government, where the only news they get with be the “official narrative” by the MSM, they must disarm Americans.

Something democrats/RINOS  have been trying to do for decades, unsuccessfully.

Those are just a few of the events off the tip of my head, and while there are many, many more, the latest bit of news is that the Supreme Court just overturned Roe Versus Wade, handing the issue of abortion back to the states and elected representatives, now has law enforcement across the nation is preparing for riots by abortion supporters, with the group Jane’s Revenge promising a “night of rage” and others claiming it will be a “summer of rage.” 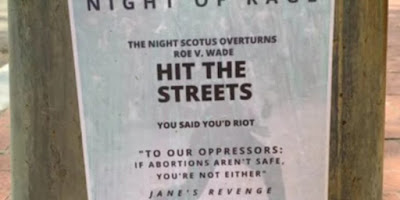 And once again…… America will burn, as happened in 2020 where rioters in a number of liberally run cities, burned down buildings and businesses, looted, vandalized, and attacked law enforcement, causing billions in damages.

Here where truckers are warning us of disastrous consequences to the Biden policies, where they soon may be unable to deliver, well, almost everything that sells in retail and grocery stores.

Here being a time when simply getting a package of spaghetti at the grocery store is a hit or miss depending on what state, city, and what store you are visiting.

Same goes for peanut butter, creamer, meat, dairy, eggs, vegetables, fruits, even water, and much, much more according to images sent to ANP over the past two years.

All these events, the upcoming riots and protests, the lockdowns, the threatening of those refusing experimental vaccines, the loss of livelihoods, the strange resurgence of diseases with back-back claims of pandemics, the gas prices, inflation, and food price increases along with the increasing food shortages,  all hitting America at once, seems to be a little too coincidental, and we can reasonably come to the conclusion that it is all by design.

The one problem the New World Order, Illuminati, the powers that be, call them whatever you want, is having, is in order to take full control  and force complete compliance, they need to disarm Americans, and haven’t been able to do so.