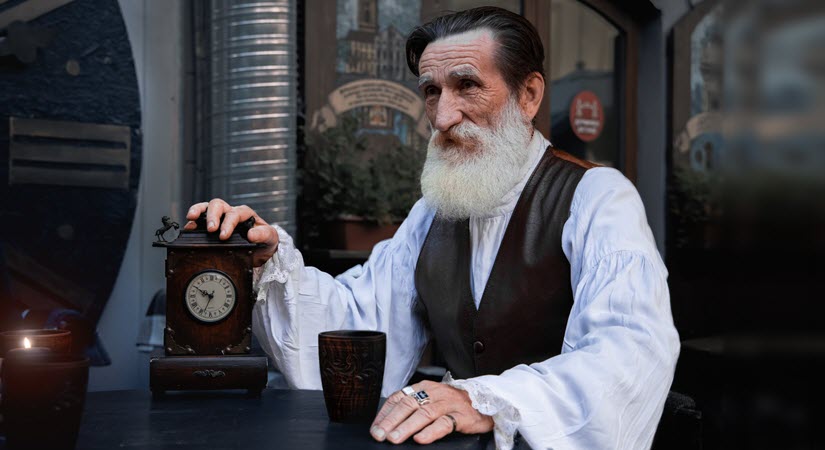 Retirement security is an important concept. Unfortunately, corporate media spin and politicians who like to meddle with retirement plans muddy the definition and obscure exactly what it means.

For example, one of the more recent attempts by lawmakers to meddle with retirement was a piece of legislation known in the media as SECURE 2.0.

An equally-confusing, often-cited idea that there is some “magic number” you can aspire toward saving up, guaranteeing yourself a secure retirement.

Nonsense. Retirement security involves much more than that. In order to avoid writing an entire book on the subject, today I’ll address two crucial points. Both are perspectives everyone must evaluate for themselves before determining just how secure their retirement plans really are.

Listen: I know I write a lot about the fallacy of the “magic number,” but just to be clear there’s nothing wrong with setting goals! Your goals can serve as milestones or guideposts, a way to keep yourself on track. Confirmation your plan is succeeding, or a warning when it is not.

While some people think they need to reach a certain “number” in order to retire, it’s really about creating cash flow that you cannot outlive.

If you worked during the time when pensions were more common than they are today, that cash flow came from pension payments each month. Evaluate your pension payment, add in your Social Security benefits, make sure they’re less than your expenses – retirement planned!

Most of us simply don’t have a stable pension. What should we do? Winkfield recommends this approach:

Instead, today’s retirees should ask themselves how many years of uninterrupted, increasing income their assets can produce. The primary purpose of portfolios, real estate, retirement plans, financial products and strategies is to create that income.

Without reliable income that keeps up with inflation, you can’t have full security in retirement, especially when you consider increasing life spans. [emphasis added]

To summarize, the key to retirement security isn’t necessarily how much you save, but that the total of your income streams exceeds your expenses. (Obviously, there’s a strong correlation between amount saved and income streams.) Winkfield isn’t just talking about the hoary old saw about buying dividend stocks and living on the payments, or investing 100% of your savings in an annuity.

His point is, change your focus from the lump-sum magic number. Think instead about how much total income your retirement savings can generate through all means (profit-taking, dividends, bond coupons – the works). That’s where diversification can really make a difference. Proper diversification helps you make sure that, no matter what the market does, your overall savings will be safer than any single asset you own.

There’s a lot of nuance to diversification, so we’ll have to leave it at that.

The idea of retirement income, though, brings up another consideration. Most of us don’t have pensions, but we have the next-best thing – a government-guaranteed monthly payment coming to us when we retire.

Before you start including that into your retirement plans, though, there’s something you should know…

Social Security payroll taxes should come with this big warning

I’ve written about the state Social Security fund numerous times, including the fact that severe benefit cuts are on the way, and soon.

In somewhat mixed news, the Social Security funds have an extra year of solvency, though we’re also warned:

That is no reason to celebrate.

Hardly cheerful stuff (including the title: Social Security isn’t bankrupt). Well, why shouldn’t we be celebrating that extra year?

Alicia Munnell, director of the Center for Retirement Research at Boston College, explains it this way:

We’re getting into that area where immediate action will be required.

Munnell compares Social Security to an enormous cruise ship, and warns time is running out for Congress to take the necessary action to steer clear of the shoals and reefs we can see quite clearly.

The real challenge isn’t so much that Social Security is going to run out of money completely. It’s more that the promised benefit payments, well, they’re going to be revised dramatically in 2034.

By “revised dramatically,” we mean “a permanent 24.9 percent reduction” starting in 2035. (The alternative is to nearly triple the current payroll tax to 16.47%.)

What went wrong? Well, like Congress, Social Security started spending more than it took in. Starting in 2010, they started dipping into pre-retirement funds paid by working Americans to make good on their obligations to the already-retired. Like any entity that spends more than it makes, eventually, Social Security will run out of money.

Here’s the full 275-page report, if you really want to dig into the nuts and bolts.

A big warning that your hypothetical, future Social Security benefits won’t live up to your expectations. (They’ll either be about 1/4 less, or cost 3x as much.) That consideration should factor into your retirement income calculations.

Uncertainty has been a recurring theme for a while now. Uncertainty about how much you need to save, about Social Security’s future, whether 40-year-high inflation is “transitory” or here to stay, if we’re about to be in a recession (or already are).