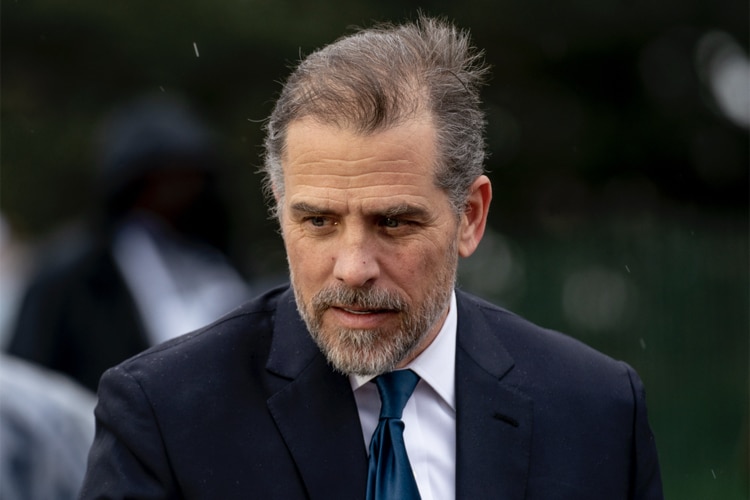 Hunter Biden’s Laptop from Hell might be the most significant political disaster since Argentinian stripper Fanne Fox, 50 years ago, leapt into the Tidal Basin from the car of House Ways and Means Chairman Wilbur Mills.

The latest from the computer shows that his father, President Joe Biden, paid for Hunter’s sexcapades with Russian escorts, and he kept his son afloat with five months of loans totaling $100,000. And the big-spending Boy Wonder needed all that money despite a salary of more than $40,000 a month from Burisma Holdings, the energy outfit in Ukraine and nexus of the Biden-Burisma influence-peddling scheme.

But the laptops revealed more than Hunter’s habit of spending $600 an hour for sex with prostitutes. It also contained a video of an apparently concerned Hunter wondering whether he harmed one of the exploited women.

In obtained footage, Hunter is heard conversing with an escort.

Hunter Biden spent over $30,000 on escorts, many of whom were linked to “.ru” Russian email addresses and worked with an “exclusive model agency” called UberGFE during a 3 1/2 month period between November 2018 and March 2019.

He managed to do so thanks in part to Joe Biden committing to wiring him a total of $100,000 to help pay his bills from December 2018 through January 2019.

In one instance, Joe Biden wired his son $5,000 while he was actively engaged with an UberGFE escort. In another, texts indicated Hunter Biden convinced his father to wire him $20,000 to finance his stay at a New York City drug rehabilitation program that he never checked into.

“What’s wrong with you?” Hunter told the Washington Examiner shortly after this story was published.

The real question is what’s wrong with Hunter Biden. But that small truth aside, the text messages don’t suggest that Sleepy Joe knew his son was making whoopee with a soiled dove from the land of Tolstoy, Dostoevsky, and Rachmaninoff.