It’s time to reprogram the conditions of the economy to serve the many rather than the few.

Star Trek’s Kobayashi Maru training exercise tests officer candidates’ response to a no-win scenario: any attempt to rescue the crippled ship’s crew results in the destruction of the candidate’s ship, while standing by and taking no action results in the loss of the Kobayashi Maru’s crew.

Captain Kirk famously defeated this no-win scenario by reprogramming the simulation to “change the conditions of the test.” This can be viewed as either cheating or as creative problem-solving via “thinking outside the box.”

The Kobayashi Maru is a very apt description of both the U.S. and the global economies, which are currently running a real-world no-win scenario called “Profits, Infinite Growth, Low Inflation, Full Employment.” (PIGLIFE). To win in the PIGLIFE scenario, you need permanent expansion of GDP, consumption, profits and employment and a permanently low limit on inflation. Anything less and you lose.

Central banks and political leaders have managed to “win” the PIGLIFE scenario for decades, but at a cost that can no longer be cloaked by happy-happy statistics. The economy has been fatally hollowed out into a fragile shell of monopolies and cartels profiting from hyper-financialization and hyper-globalization, a system in which the only possible outcome is hyper-inequality and hyper-self-exploitation as the immense profits enable the purchase / capture of political and regulatory power.

Now that the PIGLIFE economy has stripmined all the easy-to-exploit resources and workforces, scarcities are pushing inflation far above the “winning” low level. Oops, you lose. Now the real teeth in the Kobayashi Maru scenario are bared: if Central banks and political leaders close the spigots of “free money” that’s been expanding GDP, consumption, profits and employment for decades, then all those slide from expansion into contraction.

Meanwhile, the two engines of the PIGLIFE expansion, hyper-financialization and hyper-globalization, have dived off the cliff of diminishing returns. Boosting debt, leverage and globalized supply chains aren’t generating expansion, they’re actively undermining whatever “growth” is still sluicing through the PIGLIFE economy.

So sorry, Central banks and political leaders, you lose. The way you’ve rigged the system, it goes into self-reinforcing contraction if you close the spigots of “free money” even modestly. But if you don’t, the Klingon ships of inflation destroy you. The more you push hyper-financialization and hyper-globalization as “solutions,” the greater the destruction.

If we’ve learned anything, we’ve learned that enriching the already super-rich so they have even greater means to distort democracy to serve their private interests undermines the prosperity of the many rather than increases it. It’s time to reprogram the conditions of the economy to serve the many rather than the few, and enable a truly winnable scenario of sustainable prosperity and well-being by tossing the “waste is growth / Landfill Economy” PIGLIFE model into the toxic waste dump of failed, no-win scenarios. 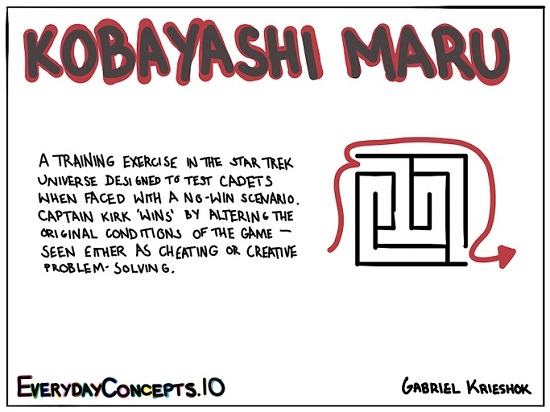