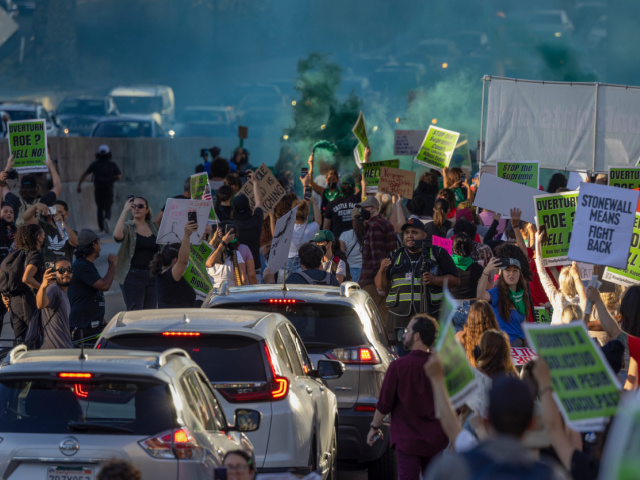 Now that the moral and legal atrocity known as Roe v. Wade has been overturned, Democrats are entertaining the rest of us by rioting in Democrat-run cities.

Gee, who would have thought that the same people who want to kill innocent babies just because would become violent if they didn’t get their way?

You see, that’s the thing about Democrats…

You take away their slaves; they start a whole Civil War.

But just like most of the Civil War was fought in the Democrat party’s slave-owning South, pro-abortion Democrats are not only rioting in their own cities; they’re rioting in cities where they still have the right to butcher innocent babies. So…

There is no reality TV I enjoy more than watching lazy Democrats riot in Democrat-run cities.

Look at these morons…

Video of tear gas deployed on #antifa rioters in Phoenix Arizona. They were allegedly attempting to breach the capitol buildingpic.twitter.com/efr4v9zP8U

VIOLENCE INCREASING: Antifa militants attempt to shatter windows but security prevented them and they ran back into the crowd.