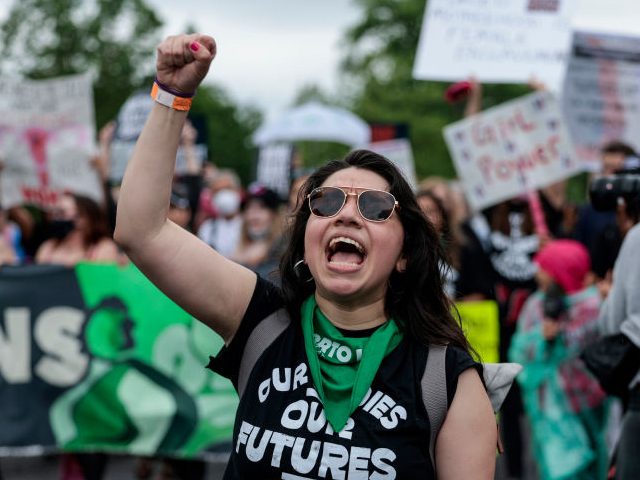 The radical pro-abortion group, Jane’s Revenge, is planning more acts of domestic terrorism when the U.S. Supreme Court’s decision on Roe v. Wade is revealed, dubbed a “Night of Rage: An Autonomous Call to Action Against Patriarchal Supremacy.”

The group posted its plans on the Anarchists Library website at the end of May in expectation of the ruling, expected sometime in June.

Here are some excerpts from the manifesto:

This is an event that should inspire rage in millions of people who can get pregnant…and yet, the response thus far has been tepid.

We have agonized over this apparent absence of indignation. Why is it that we are so afraid to unleash hell upon those who are destroying us? Fear of state repression is valid, but this goes deeper than that.

Whatever form your fury takes, the first step is feeling it.

The next step is carrying that anger out into the world and expressing it physically.

Consider this your call to action.

On the night the final ruling is issued——a specific date we cannot yet predict, but we know is arriving imminently——we are asking for courageous hearts to come out after dark.

Whoever you are and wherever you are, we are asking for you to do what you can to make your anger known.

We have selected a time of 8 pm for actions nationwide to begin, but know that this is a general guideline. There may be other considerations involved in planning time and place. We do not claim to speak for every community or crew. We are simply calling out to you. And we hope you answer our cries.

The manifesto says that if there are any “cis males allies” who want to take part, okay, “but Do not police us. Do not tell us what is and isn’t appropriate.”

The manifesto concludes, “To those who work to oppress us: If abortion isn’t safe, you aren’t either. We are everywhere.”

More than 100 Republicans have signed a letter asking Attorney General Merrick Garland to instruct the Department of Justice to investigate this group in relation to attacks on pro-life pregnancy centers across the country as domestic terrorists.