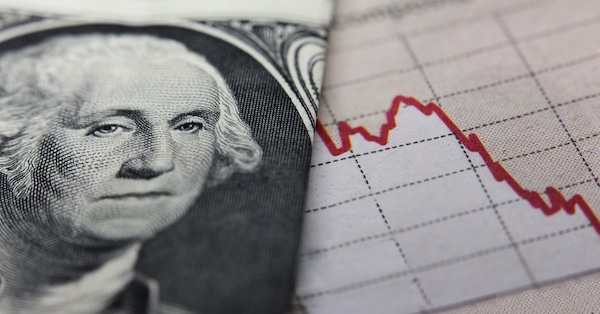 International Man: In addition to stocks, it seems that almost every asset class is also crashing.

What’s your take on the markets, and where do you think it’s headed?

Doug Casey: Let’s take them in order of size and importance.

The biggest market is bonds. It’s especially dangerous because it’s the most overpriced. Bonds are a triple threat to your capital. First, because of the inflation risk, which is huge and growing. Second, is the interest rate risk; I expect rates to double, triple, or quadruple from here, going back to or above the levels of the early 80s. The third is the default risk, which applies to everything except US Government debt. AAA corporate debt hardly exists anymore.

Interest rates have skyrocketed in the last year, with mortgage rates going from under 3% to over 6%. 30-year treasury bonds still only yield 3.25%. But with inflation running 10, 12, or 15% and going higher, long-term Treasuries have a lot further to fall. I remain short T-bonds.

Everybody’s paying attention to the stock market because they’re fully invested. The meme stocks, SPACs, and tech stocks have all collapsed. The big ones are down 25%, and many are down 80 or 90%. It’s not over yet. People still feel that they can buy the dips. They’re hurting, but they’ve been paper-trained over a couple of generations to believe the Fed will kiss everything and make it better.

At major bottoms, however, people forget stocks even exist and get angry when someone even mentions them. Examples? In 1933 the DJIA yielded 12%, even after huge dividend cuts. In the mid-’80s, major markets like Hong Kong, Belgium, and Spain were all yielding 12-15% and selling for 4 or 5 times earnings. When I wrote “Strategic Investing” I had a chapter on buying US utilities, with average yields of around 15%.

There are loads of examples of how cheap stocks can get. Since we’re still early in the Greater Depression and are just coming off perhaps the greatest mania in world history, I expect stocks have a lot further to fall.

Look at the crypto markets. They’ve been devastated. Bitcoin down from over $60,000 to under $20,000. Some cryptos have already gone to zero, wiping out tens of billions. Before it’s over, the losses will be in the hundreds of billions. A lot of people who thought they were centimillionaires have already lost most of their money. Some could wind up back in their parent’s basements.

The hypermania in cryptos peaked with something like 20,000 cryptos out there. Many, or most, have absolutely no use value, like the ridiculous Dogecoin, NFTs of apes, and god-knows-what. Things of that nature will go to zero.

On the other hand, blockchain technology is a real breakthrough, and people like my friend Marco Wutzer make compelling arguments why some tokens could go 100x or 1000x from here. That’s why I’m in his crypto fund—he may be right. But it’s a specialist’s game, and I don’t have the time, expertise, or frankly the interest to try to sort them out. I am, however, optimistic about Bitcoin at these levels. It really is an alternative to gold and should go to new highs as governments everywhere destroy their fiat currencies.

Speaking of gold, I’ve said for several years that it’s in an equilibrium zone here. But the gold stocks, on the other hand, are very cheap. They’re low risk and high reward—which is rarely true of this small crappy 19th-century choo-choo train industry.

Real estate is a very troubled asset class. It floats on a sea of debt, which has enabled the middle class to live above its means since the end of WW2. When the bubble in real estate pops definitively due to higher interest rates, it will hurt the middle class even worse than stocks and bonds.

At that point, the public will reflexively demand that the government—the root cause of all these problems— “do something.” They will. And that’s when things will really go bad.

International Man: Commodities, gold, and oil are about the only assets that are not falling precipitously.

We’ve discussed these commodities extensively in the past. Given recent events, how have your views changed, if at all?

Doug Casey: The costs of fertilizer and pesticide have tripled, and diesel has doubled. They’re not coming down anytime soon.

That’s put a lot of pressure on farmers. Natural gas, for instance, is critical not just for energy and plastics but for fertilizer. We’ve discussed it in the past. Even though US natural gas has tripled, it’s still only about a quarter of the average world price. And with the US having recently become the largest exporter of liquid natural gas, prices here in the US are going to world levels.

The absurd but ongoing green revolution has made hedge funds, brokers, banks, and mutual funds very loath to buy fossil fuels. Large oil companies, like Shell and BP, in particular, are run by spineless suits; they’re actually trying to get out of the oil business. Meanwhile, the efforts of producers are hugely hampered by the ESG (Environmental, Social, and Governance) meme. Unknowledgeable and purposely destructive greens have infested corporate boards everywhere. I see no reason to believe energy costs are going down or production is going up.

Of course, the war between Russia and the Ukraine has had an effect on oil, natural gas, grains, and fertilizer. But it hasn’t affected production so much as complicated the lives of the 50 countries embargoing Russia. Here’s a Fun Fact. Unbeknownst to Boobus americanus, there are 150 countries who aren’t embargoing Russia.

This border war between those two countries was fomented by the US, starting with the so-called Maidan Revolution in 2014. I don’t think the problem with Russia is going to go away, at least until there’s regime change in Washington. It’s important to remember that the conflict between Russia and Ukraine is not itself causing inflation. Inflation is purely a monetary phenomenon. The restriction of supply from Russia is, however, causing a lower standard of living. That’s associated with inflation but is not itself a cause of inflation.

Meanwhile, the prices of wheat, corn, and soybeans have only about doubled, and cattle are only up 50%. That is rough on consumers, but farmers aren’t getting rich because of much higher costs. Remember that farmers also have to pay for their fuel, fertilizer, and other costs upfront and then wait months for the harvest to come in.

But with real inflation reaching into the double digits, what difference will token rate hikes make?

Doug Casey: Not much, except to scare people that are in the stock and bond markets. To offer real after-inflation returns, rates need to go up to the 12% level—close to 4 x current levels. An increase of 75 basis points is just making them think, quite correctly, that the Fed doesn’t have their back anymore. The Fed has totally been painted into a corner. There’s really nothing they can do because, in the real world, cause has effect, and actions have consequences. Decades of printing money to finance politicians’ wet dreams is having consequences: higher rates, depreciated money, and economic depression among them.

The important thing to remember is that raising rates has, in itself, only an indirect effect on the level of inflation. That’s because when bank rates go higher, people borrow less. Commercial banks then create fewer loans out of thin air via the fractional reserve. Less money is then redeposited by the borrower to be re-loaned again. In brief, higher rates typically cause the amount of borrowing from commercial banks to drop, and that affects the money supply and its inflation.