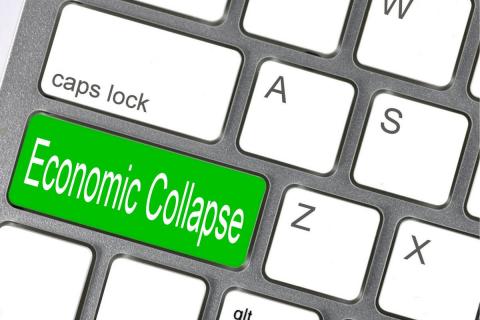 Vanguard and BlackRock own the majority stakes in both CF Industries, the fertilizer manufacturer, and Union Pacific, the railway distributor. Critics are suspicious of engineered food shortages.

Four years ago, Larry Fink, CEO of BlackRock asset management firm that controls trillions in investments, is a member of the board of trustees of Klaus Schwab’s World Economic Forum and sits on the board of directors for the Council on Foreign Relations. A few years ago, Fink said: “Behaviors are going to have to change and this is one thing we are asking companies, you have to force behaviors and at BlackRock, we are forcing behaviors.”

This is layers of odd.  As many readers are aware, the prices of fertilizer have skyrocketed as supplies have been heavily impacted by increased energy costs and supply chain issues.  Many people have worried if a shortage of fertilizer may impact farm yields this year.

Against this backdrop CF Industries, one of the world’s largest manufacturers of hydrogen and nitrogen fertilizer, is warning its customers that Union Pacific Railway Lines is now restricting the amount of container tonnage they will permit.  [Press Release Here]

CF Industries Holdings, Inc. (NYSE: CF), a leading global manufacturer of hydrogen and nitrogen products, today informed customers it serves by Union Pacific rail lines that railroad-mandated shipping reductions would result in nitrogen fertilizer shipment delays during the spring application season and that it would be unable to accept new rail sales involving Union Pacific for the foreseeable future. The Company understands that it is one of only 30 companies to face these restrictions.

CF Industries ships to customers via Union Pacific rail lines primarily from its Donaldsonville Complex in Louisiana and its Port Neal Complex in Iowa. The rail lines serve key agricultural areas such as Iowa, Illinois, Kansas, Nebraska, Texas and California.

Products that will be affected include nitrogen fertilizers such as urea and urea ammonium nitrate (UAN) as well as diesel exhaust fluid (DEF), an emissions control product required for diesel trucks. CF Industries is the largest producer of urea, UAN and DEF in North America, and its Donaldsonville Complex is the largest single production facility for the products in North America.

“The timing of this action by Union Pacific could not come at a worse time for farmers,” said Tony Will, president and chief executive officer, CF Industries Holdings, Inc. “Not only will fertilizer be delayed by these shipping restrictions, but additional fertilizer needed to complete spring applications may be unable to reach farmers at all. By placing this arbitrary restriction on just a handful of shippers, Union Pacific is jeopardizing farmers’ harvests and increasing the cost of food for consumers.”

On Friday, April 8, 2022, Union Pacific informed CF Industries without advance notice that it was mandating certain shippers to reduce the volume of private cars on its railroad effective immediately. The Company was told to reduce its shipments by nearly 20%.

CF Industries believes it will still be able to fulfill delivery of product already contracted for rail shipment to Union Pacific destinations, albeit with likely delays. However, because Union Pacific has told the Company that noncompliance will result in the embargo of its facilities by the railroad, CF Industries may not have available shipping capacity to take new rail orders involving Union Pacific rail lines to meet late season demand for fertilizer.  (read more)

Things get increasingly curious when you look at who owns majority stakes in CF Industries (manufacturer), and who owns Union Pacific (distribution):

The top two shareholders of CF Industries are Vanguard and Blackrock: