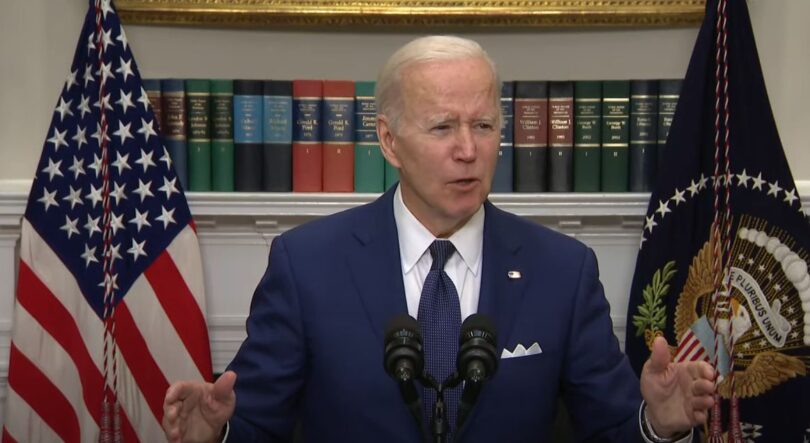 President Joe Biden addressed a grieving nation after 18-year-old Salvador Ramos is believed to have shot and killed a schoolteacher and 18 children at Robb Elementary in Ulvalde, Texas on Tuesday.

Biden implored the nation to pass more gun control laws aftr the mass shooting and blamed the gun lobby for the atrocity. Watch:

The president also lashed out at a purported lack of action to take guns away from law-abiding citizens, while continuing to blast lobbyists for the problem.

“But these mass shootings never happened with the kind of frequency that happened in America?” he also said. “Why? Why are we willing to live with this carnage? Why do we keep letting this happen?”

“Where in God’s name is our backbone?” he went on. “To have the courage to deal with it and stand up to the lobbyists?”

“It’s time to take this pain and turn it into action,” he said.