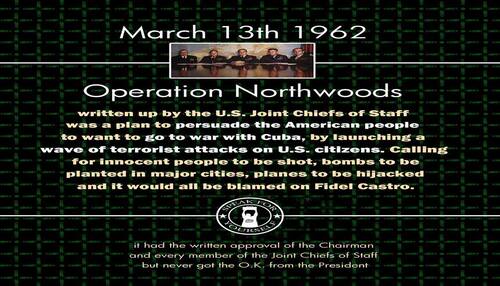 As one ANP reader after another pointed out in our story comment sections following the May 24th ‘event’ in Uvalde, Texas, something stinks to high heaven surrounding this latest ‘mass shooting’.

With Joe Biden wasting no time at all to ‘weaponize‘ the shooting in his latest call for ‘common sense gun laws’ in America (and you’ve got to check out the ‘Freudian slip’ made in Biden’s talk to America following the shooting as we’ll examine in the next section below), as ANP readers pointed out in their comments, this one has ‘false flag to disarm Americans‘ written all over it. TRUTH LIVES on at https://sgtreport.tv/

And while, of course, they didn’t name the ‘future school shooter‘ in that 2018 story because he was still a minor, so at the moment this story is being written, we still can’t be sure it’s the same person, it gave us all sorts of hints of what was to come. From that 2018 story before we continue.:

Two Uvalde teens were recently arrested for Conspiracy to Commit Murder after officers said they foiled a mass-shooting plot the pair had schemed.

A press release obtained by KENS 5 thoroughly chronicles events leading up to an investigation performed by the Uvalde Police Department and the Texas Rangers.

In the press release, Uvalde Chief of Police Daniel Rodriguez said that a Morales Junior High School student,14, and a former Morales student, 13, had specifically targeted numerous students in what they described as a plan to perform a “mass casualty event against the school.”

The investigation uncovered that the students even referred to themselves using the Columbine shooter’s names.”

Investigators also believe the students were planning to hold the attacks years from now during their senior year, on the anniversary of the Columbine shooting. However, one of the students began to convince the other that they should move the attacks up to this year.

“One of the students had numerous writings and drawings which depicted weapons capable of causing mass destruction. He wrote about being “God-like” and killing police and other persons. He had an academic analysis of one of the Columbine shooter’s journals,” the release stated.

According to the release, the teens were also planning on detonating IED’s before killing students from a list ‘ranked by priority.’

After that, the release states the pair were going to kill at random before eventually turning the guns on themselves.

“Any kids that had talked bad about them or said anything they did not like, basically, they said they were going to go and kill them,” one student said. You just felt unsafe. And teachers have been bringing it to our attention that you can’t be saying those things anymore. We can’t do that. It is wrong.”

“It was scary. We hear it everywhere else, but you don’t expect for it to happen in your town,” one parent said. “I am glad they were able to control the situation before anything does happen. And that they actually did something about it. Sometimes you think they’re just going to hear it, and say it won’t happen and dust it under the rug, and they actually did something.”

Both students were reportedly evaluated by mental health services (ANP: Making them perfect MKUltra candidates!) on April 19, when the investigation led officials to the pair. The older of the two was released on April 23 into his mother’s care. On April 25, the pair were taken into custody again, and this time arrested for Conspiracy to Commit Murder.

Our school district is committed to the safety and education of all our students and we want to clearly communicate about safety issues when they arise. One of our Morales Junior High students was experiencing a crisis. Upon rendering aid and support, the student revealed a future plan to conduct a school shooting in the year of 2022.

So, this kid had 4 years to be groomed by ‘professionals‘ on how to carry out such a mass shooting, the ‘deep state/CIA‘ clearly knew all about him but still, on his 18th birthday, dirt poor Salvador purchased two guns, which many people are wondering about: how did he get the money to purchase them, body armor and a new truck? No doubt that ANP readers were on this thing immediately and no doubt, we’re witnessing a ‘deep state controlled OP’ as seen in the remainder of this story below.