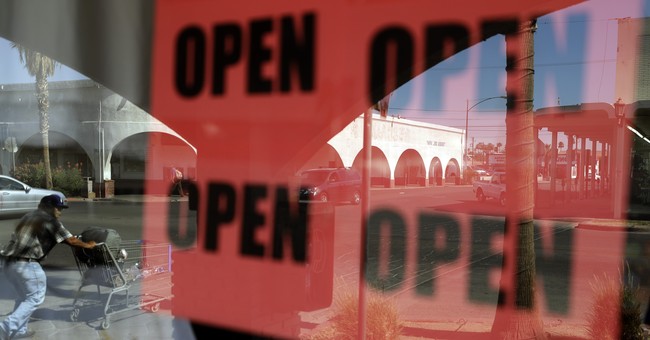 As one analyst put it, “Target didn’t just miss their quarterly numbers by a little, they missed them by A Lot!” That caused not only shares of Target stock to crater, it took the whole market with them. When the day’s bloodbath ended, hundreds of billions of net worth was gone. Our friends on the Left probably snickered that it serves the fat cat capitalists right. A little of their own medicine. They don’t understand (or care) that the losses come largely from IRA’s and 401K’s. Millions of hard working Americans, already buckling under the rising costs for food and fuel are now forced to watch their retirement savings shrink.

Two questions come to mind. First, how could this be happening to such a wonderfully woke and socially conscious company like Target?  They were among the vanguard to open whatever rest room those patrons struggling with their sexual identities chose to use. Parents of small children be damned. When one of their stores was sacked and burned by mostly peaceful protesters following the death of George Floyd, they did the courageous thing. They turned the other check, pledging millions to BLM and other Social Justice causes.

Management got a shot of feel-good endorphins. Shareholders got the bill.

Why would their customers turn on such an elite virtue signaler? Don’t they know who the good guys are? Perhaps their patrons aren’t as cosmopolitan as management has led shareholders to believe? Maybe many mothers have doubts about genitaled males in their daughters’ bathrooms or the financing and force-feeding of leftist dogmas. Could certain demographics be voting with their dollars?

The second question dovetails with the first. Why were the suits on Wall Street so surprised by the bad retail numbers? Are they so divorced from economic reality?  Can they be unaware of what real Americans are dealing with every day? Maybe the Wall Street big boys have figured out how to hedge the volatility of the market so that they win whichever way it moves. Or perhaps they are getting generous commissions regardless of whether the schmucks are buying or selling.

None of the problems confronted by the folks in flyover country matter much to the suits. It’s not their problem. They may see the price of gasoline and groceries mercilessly going up. But these represent a small percentage of the elites’ discretionary income. It won’t affect their vacation plans. And the people who are affected (the ones who live paycheck to paycheck) they aren’t Target shoppers anyway. Are they?

If you live in the Manhattan bubble or the one perched on the Potomac it’s easy to be surprised by the Target numbers. The cocktail parties continue. The band plays on. But these numbers reflect trends in the greater economy. For anyone paying attention they are screaming an alarm. The average family has only so much disposable income. The Brandonistas’ war on domestic energy and other bone-headed policies are creating the perfect economic storm.

How do these overpaid Wall Streeters and corporate execs not see this?

Massive deficits and easy money from the Fed has allowed a lot of preening and left-leaning CEO’s to look like they could virtue signal and produce nice returns at the same time. But as Warren Buffet observed, “when the tide goes out, we get to see who’s been swimming in the nude.” We may soon see the truth in the current meme going around, “Get woke, go broke.” Social Justice and Green New Deal dalliances were tolerated when things were good and dividends were rising. Shareholders may turn ugly when results turn red.

The red wave coming in November may mean even more heartburn for these woke titans of business. The Governor of Florida is demonstrating that political cheap shots from pampered corporatists will have consequences.

The day of reckoning is at hand.

Not all billionaires can be bullied. Elon Musk may be the first, but he won’t be the last lover of liberty to challenge the corrupt business models of the leftist leaders of the tech and social media world. They have been protected by a wall of patents and a belief that they could silence anyone who might challenge them. But now the gauntlet has been thrown down and these emperors have been shown to have no armor. Their mysterious algorithms no longer shield them.