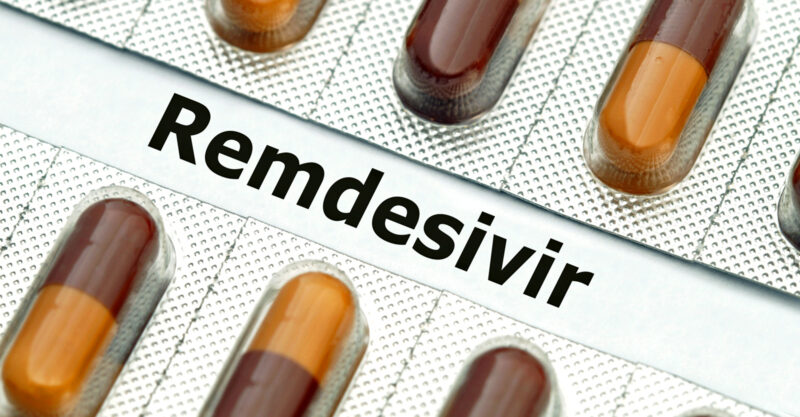 Remdesivir, the primary COVID-19 drug approved for use in U.S. hospitals, routinely causes severe organ damage and, often, death, but U.S. government pays hospitals a 20% upcharge, plus an additional bonus, for using the remdesivir protocol.

So far, all of the drugs developed against COVID-19 have been disastrous in one way or another. Remdesivir, for example, which to this day is the primary COVID drug approved for use in U.S. hospitals, routinely causes severe organ damage, and, often, death.

Despite its horrible track record, the U.S. government actually pays hospitals a 20% upcharge for sticking to the remdesivir protocol, plus an additional bonus. Hospitals must also use remdesivir if they want liability protection.

Incentives like these have turned U.S. hospitals into veritable death traps, as more effective and far safer drugs are not allowed, and hospitals are essentially forced to follow the recommendations of the U.S. Centers for Disease Control and Prevention.

As reported by Forbes science reporter JV Chamary back in January 2021, in an article titled, “The Strange Story of Remdesivir, a COVID Drug That Doesn’t Work”:

“The drug proved ineffective against the Ebola virus … yet was still subsequently repurposed for SARS-CoV-2 coronavirus. News media prematurely reported that patients were responding to treatment.

“What’s weird about remdesivir is that it hasn’t been held to the same standards as other drug candidates. Normally, a drug is only approved for use by a regulatory body like the U.S. Food and Drug Administration if it meets the two criteria for safety and efficacy.

“Nonetheless, in October 2020, remdesivir was granted approval by FDA based on promising data from relatively small trials with about 1,000 participants. A large-scale analysis by the World Health Organization’s Solidarity trial consortium has cleared up the confusion.

“Based on interim results from studying more than 5,000 participants, the international study concluded that remdesivir ‘had little or no effect on hospitalized patients with COVID-19, as indicated by overall mortality, initiation of ventilation and duration of hospital stay.’ As a consequence of being mostly ineffective, WHO recommends against the use of remdesivir in COVID-19 patients.”

Shockingly, US approves remdesivir for babies

Curiously, while Big Tech — aided and abetted by the U.S. government — has spent the last two years censoring and banning any information that doesn’t jibe with the opinions of the WHO, the U.S. government has completely ignored the WHO’s recommendation against remdesivir.

In fact, in late April, the FDA approved remdesivir as the first and only COVID-19 treatment for children under 12, including babies as young as 28 days, which seems beyond Orwellian and crazy considering it’s the worst of both worlds: It’s ineffective AND has serious side effects.

“Remdesivir received an early EUA (May 1, 2020) and then a very early license (October 22, 2020) despite a paucity of evidence that it actually was helpful in the hospital setting. A variety of problems can arise secondary its use, including liver inflammation, renal insufficiency and renal failure …

“WHO recommended against the drug on November 20, 2020. Few if any other countries used it for COVID apart from the US. A large European trial in adults found no benefit. The investigators felt 3 deaths were due to remdesivir (0.7% of subjects who received it). However, on April 22, 2022 the WHO recommended the drug for a new use: early outpatient therapy in patients at high risk of a poor COVID outcome.”

Remdesivir — a reckless choice for children

“The FDA just licensed Remdesivir for children as young as one month old. Both hospitalized children and outpatients may receive it. The drug might work in outpatients, but the vast majority of children have a very low risk of dying from COVID.

“If 7 deaths per 1,000 result from the drug, as the European investigators thought in the study of adults cited above, it is possible it will harm or kill more children than it saves.

“Shouldn’t the FDA have waited longer to see what early outpatient treatment did for older ages? Or studied a much larger group of children? Very little has been published on children and remdesivir …

“When we look at the press release issued by Gilead, we learn the approval was based on an open label, single arm trial in 53 children, 3 of whom died (6% of these children died); 72% had an adverse event, and 21% had a serious adverse event.”

Overall, remdesivir appears to be an exceptionally risky treatment choice for young children. Certainly, there are safer early treatment protocols that are very effective. Two other COVID drugs, Paxlovid and Molnupiravir, also have serious safety concerns.

As reported by Bloomberg, COVID patients treated with a five-day course of Paxlovid sometimes experience severe rebound when the medication is withdrawn.

U.S. government researchers are now planning to study the rate and extent to which the drug is causing SARS-CoV-2 infection to rebound, and whether a longer regimen might prevent it.

Bloomberg describes the post-Paxlovid rebound of David Ho, a virologist at the Aaron Diamond AIDS Research Center at Columbia University:

“Ho said he came down with COVID on April 6 … His doctor prescribed Paxlovid, and within days of taking it, his symptoms dissipated and tests turned negative. But 10 days after first getting sick, the symptoms returned and his tests turned positive for another two days.

“Ho said he sequenced his own virus and found that both infections were from the same strain, confirming that the virus had not mutated and become resistant to Paxlovid. A second family member who also got sick around the same time also had post-Paxlovid rebound in symptoms and virus, Ho says.

“‘It surprised the heck out of me,’ he said. ‘Up until that point I had not heard of such cases elsewhere.’ While the reasons for the rebound are still unclear, Ho theorizes that it may occur when a small proportion of virus-infected cells may remain viable and resume pumping out viral progeny once treatment stops.”

“Providers who are going to be prescribing this should be aware that this phenomenon occurs, and if people have symptoms worsening after Paxlovid, it’s probably still COVID. The big problem is that when this drug was released, this information wasn’t included [on the label].”

The U.S. Food and Drug Administration has stated it is “evaluating the reports of viral load rebound after completing Paxlovid treatment and will share recommendations if appropriate.”

The U.S. Centers for Disease Control and Prevention has not yet commented on the findings.

Pfizer, meanwhile, insists the increase in viral load post-treatment “is unlikely to be related to Paxlovid” because viral rebound was found in “a small number” of both the treatment and placebo groups in Pfizer’s final-stage study.

Clifford Lane, deputy director for clinical research at the National Institute of Allergy and Infectious Diseases (NIAID), told Bloomberg that some people may simply “need longer dosing of Pfizer’s drug than the standard five days.”

Molnupiravir (sold under the brand name Lagevrio) also has serious safety concerns. This drug was developed by Merck and Ridgeback Therapeutics and approved for emergency use by the FDA December 23, 2021, for high-risk patients with mild to moderate COVID symptoms.