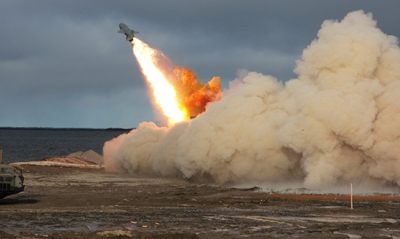 Today, the dangers of military escalation are beyond description.

What is now happening in Ukraine has serious geopolitical implications. It could lead us into a World War III Scenario.

It is important that a peace process be initiated with a view to preventing escalation.

Global Research does not support Russia’s invasion of Ukraine.

The history of this war must be understood.

The bombing and shelling led by Ukraine’s Armed Forces directed against the people of Donbass started eight years ago, resulting in the destruction of residential areas and more than 10,000 civilian casualties.

A  bilateral Peace Agreement is required.

At no point since the first atomic bomb was dropped on Hiroshima on August 6th, 1945, has humanity been closer to the unthinkable. All the safeguards of the Cold War era, which categorized the nuclear bomb as “a weapon of last resort”, have been scrapped.

Vladimir Putin’s statement on February 21st, 2022 was a response to US threats to use nuclear weapons on a preemptive basis against Russia, despite Joe Biden’s “reassurance” that the US would not be resorting to “A first strike” nuclear attack against an enemy of America:

“Let me [Putin] explain that U.S. strategic planning documents contain the possibility of a so-called preemptive strike against enemy missile systems. And who is the main enemy for the U.S. and NATO? We know that too. It’s Russia. In NATO documents, our country is officially and directly declared the main threat to North Atlantic security. And Ukraine will serve as a forward springboard for the strike.” (Putin Speech, February 21, 2022, emphasis added)

Last July 2021, the Biden administration launched its 2021 Nuclear Posture Review (NPR) to be completed and formally announced in 2022. The 2021 NPR is to include what is described as a “nuclear declaratory policy of the United States”.

It is unlikely that the 2021 NPR will repeal the nuclear options of  the Obama and Bush administrations which are largely predicated on the notion of preemptive nuclear war raised in President Putin’s speech.

The underlying US nuclear doctrine consists in portraying nuclear weapons as a means of “self defense” rather than as a “weapon of mass destruction”.

Moreover, there are powerful financial interests behind the NPR which are tied into the $1.3  trillion nuclear weapons program initiated under President Obama.

Although the Ukraine conflict has so-far been limited to conventional weapons coupled with “economic warfare”, the use of a large array of sophisticated WMDs including nuclear weapons is on the drawing board of the Pentagon.

According to the Federation of American Scientists, the total number of nuclear warheads Worldwide is of the order of 13,000.  Russia and the United States “each have around 4,000 warheads in their military stockpiles”.

Under Joe Biden, public funds allocated to nuclear weapons are slated to increase to 2 trillion by 2030 allegedly as a means to safeguarding peace and national security at taxpayers expense. (How many schools and hospitals could you finance with 2 trillion dollars?):

The United States maintains an arsenal of about 1,700 strategic nuclear warheads deployed on intercontinental ballistic missiles (ICBMs) and submarine-launched ballistic missiles (SLBMs) and at strategic bomber bases. There are an additional estimated 100 non-strategic, or tactical, nuclear weapons at bomber bases in five European countries and about 2,000 nuclear warheads in storage. [see our analysis of B61-11 and B61-12 below]

The Congressional Budget Office (CBO) estimated in May 2021 that the United States will spend a total of $634 billion over the next 10 years to sustain and modernize its nuclear arsenal. (Arms Control)

In this article, I will first focus on the Post Cold War shift in US Nuclear Doctrine, followed by a brief review of  the history of nuclear weapons going back to the Manhattan Project initiated in 1939 with the participation of both Canada and the United Kingdom.

A Note on the History of US-Russia Relations. The Forgotten War of 1918

From a historical standpoint the US and its Allies have been threatening Russia for more than 104 years starting during World War I with the deployment of US and Allied Forces against Soviet Russia on January 12, 1918 (in support of Russia’s Imperial Army).

The 1918 US-UK Allied invasion of Russia is a landmark in Russian History, often mistakenly portrayed as being part of a Civil War. 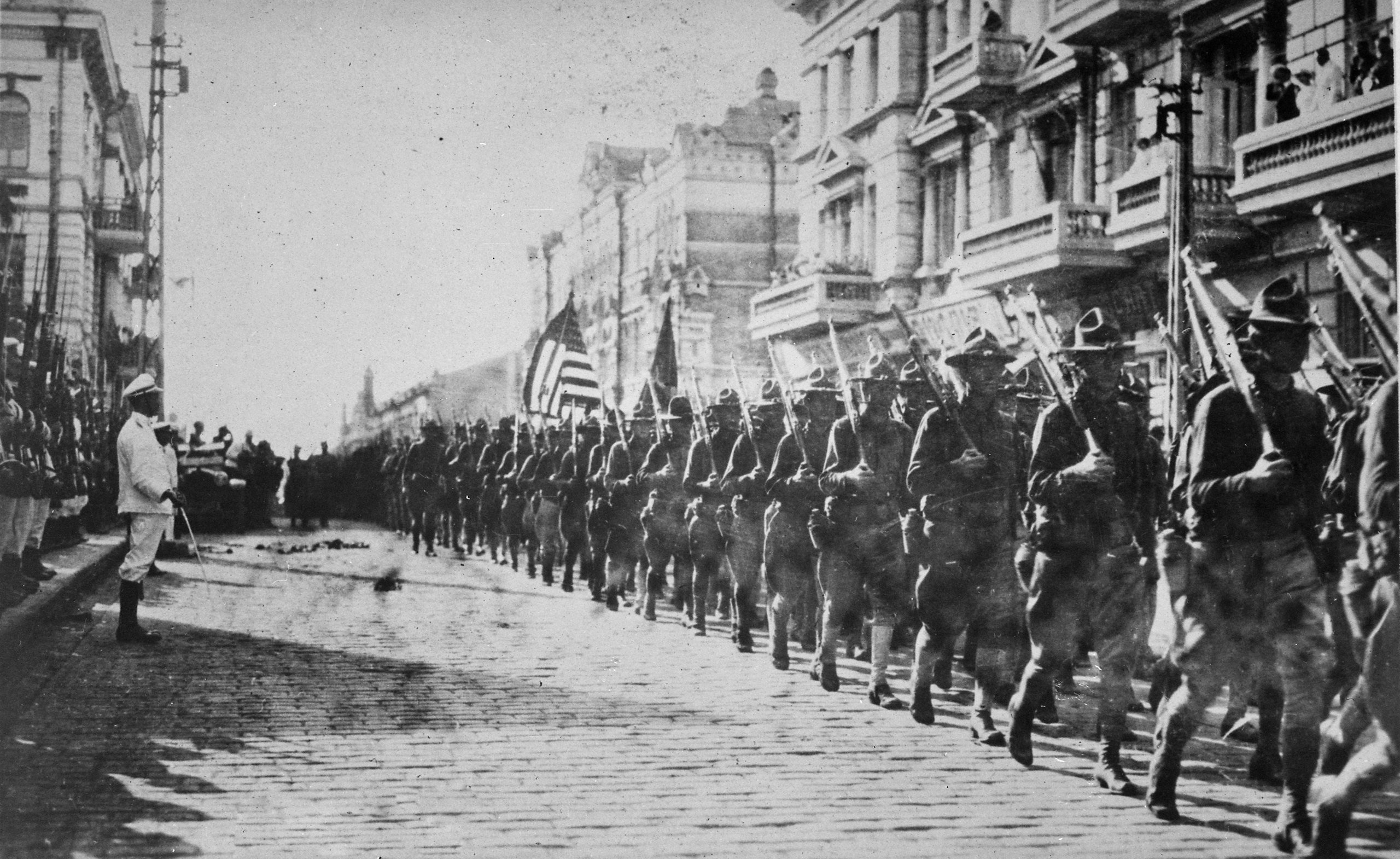 US Occupation Troops in Vladivostok 1918 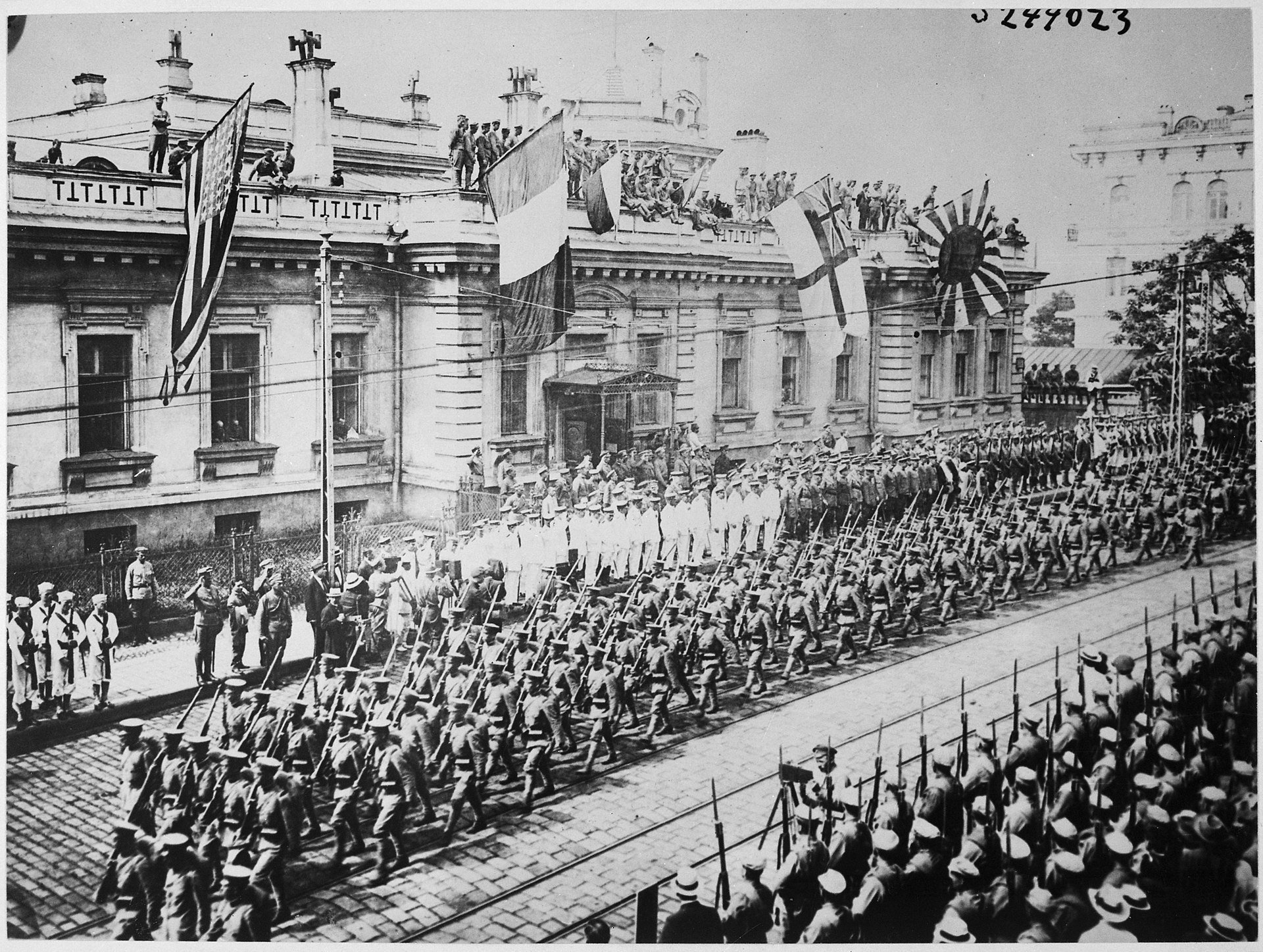 US and Allied Troops in Vladivostok in 1918

The Threat of Nuclear War

The US threat of nuclear war against Russia was formulated more than 76 years ago in September 1945, when the US and the Soviet Union were allies. It consisted in a “World War III Blueprint” of nuclear war against the USSR, targeting 66 cities with more than 200 atomic bombs. This diabolical project under the Manhattan Project was instrumental in triggering the Cold War and the nuclear arms race. (See analysis below).

1918-1920:  The first US and allied forces led war against Soviet Russia with more than 10 countries sending troops to fight alongside the White Imperial Russian army. This happened exactly two months after the October Revolution, on January 12, 1918, and it lasted until the early 2020s.

The Manhattan Project initiated in 1939, with the participation of the UK and Canada. Development of Atomic Bomb.

February 1945: The Yalta Conference. The meeting of Roosevelt, Churchill and Stalin.

“Operation Unthinkable”: A Secret attack plan against the Soviet Union formulated by Winston Churchill in the immediate wake of the Yalta conference. It was scrapped in June 1945.

September 15, 1945: A World War III Scenario formulated by the US War Department: A plan to  bomb 66 cities of the Soviet Union with 204 atomic bombs, when the US and USSR were allies. The Secret plan  (declassified) formulated during WWII, released less than two weeks after the official end of WWII on September 2, 1945

1949: The Soviet Union announces the testing of its nuclear bomb.

The Doctrine of Mutually Assured Destruction (MAD) of the Cold War Era no longer prevails. It was replaced at the outset of the George W. Bush Administration with the Doctrine of Preemptive Nuclear War, namely the use of nuclear weapons as a means of “self-defense” against both nuclear and non-nuclear weapons states.

In early 2002, the text of George W. Bush’s Nuclear Posture Review had already been leaked, several months prior to the release of the September 2002 National Security Strategy (NSS) which defined, “Preemption” as:

“the anticipatory use of force in the face of an imminent attack”.

The MAD doctrine was scrapped. The 2001 Nuclear Posture Review not only redefined the use of nuclear weapons, so-called tactical nuclear weapons or bunker buster bombs (mini-nukes) could henceforth be used in the conventional war theater without the authorization of the Commander in Chief, namely the President of the United States..

Discussing “requirements for nuclear strike capabilities,” the report lists Iran, Iraq, Libya, North Korea, and Syria as “among the countries that could be involved in immediate, potential, or unexpected contingencies.”  …

Three of these countries (Iraq, Libya and Syria) have since then been the object of US-led wars. The 2002 NPR also confirmed continued nuclear war preparations against China and Russia.

“The Bush review also indicates that the United States should be prepared to use nuclear weapons against China, citing “the combination of China’s still developing strategic objectives and its ongoing modernization of its nuclear and non-nuclear forces.”

“Finally, although the review repeats Bush administration assertions that Russia is no longer an enemy, it says the United States must be prepared for nuclear contingencies with Russia and notes that, if “U.S. relations with Russia significantly worsen in the future, the U.S. may need to revise its nuclear force levels and posture.” Ultimately, the review concludes that nuclear conflict with Russia is “plausible” but “not expected.” ( Arms Control) emphasis added.

Nuclear War against both China and Russia is contemplated