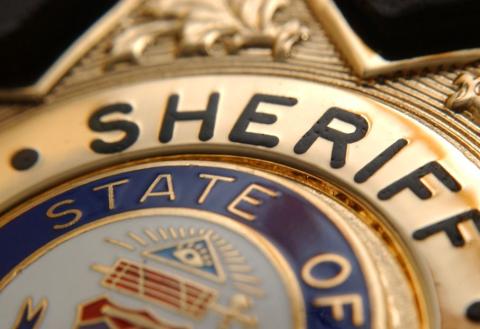 First it was Columbine. Then it was Parkland. Now, we learn that at Robb Elementary School, police officers again stood around outside a school while the killer was inside with children.

Frustrated onlookers urged police officers to charge into the Texas elementary school where a gunman’s rampage killed 19 children and two teachers, witnesses said Wednesday, as investigators worked to track the massacre that lasted upwards of 40 minutes and ended when the 18-year-old shooter was killed by a Border Patrol team.

“Go in there! Go in there!” nearby women shouted at the officers soon after the attack began, said Juan Carranza, 24, who saw the scene from outside his house, across the street from Robb Elementary School in the close-knit town of Uvalde. Carranza said the officers did not go in.

Others have reported that parents attempted to go into the school themselves, but were prevented—sometimes violently—by police.

While he anxiously watched the officers standing outside his daughter’s school, [Jacinto Cazares] suggested storming into the school building himself along with other civilian bystanders.

“‘Let’s just rush in because the cops aren’t doing anything like they are supposed to,'” he said he told other onlookers….

“There was at least 40 lawmen armed to the teeth but didn’t do a darn thing [until] it was far too late,” Cazares, the father of 10-year-old victim Jackie Cazares, told ABC News.

This video from the scene shows police pinning one person—presumably a parent—to the ground while other officers have drawn their tasers in order to further threaten and intimidate the parents who begged the police to take action.

This video make so much more sense now. The cops literally stopped parents from helping their kids. pic.twitter.com/zhQfUjlpjd https://t.co/DqgZUH3uCC

There are conflicting reports over whether or not the police waited more than an hour to confront the gunman, or if they waited “only” forty minutes. So far, the only rationale offered by the police for the long waiting period is that the officers were waiting for a SWAT team to arrive.

It remains unclear how the shooter got into the school at all, since he was apparently confronted by law enforcement before he entered:

When police finally did enter the scene—after forty or sixty minutes of protecting themselves—many of them ignored the shooter in order to find their own children, as admitted by police personnel on the scene—who also repeated a propaganda line about “those brave men and women.”

If it is indeed found to be true that law enforcement officers protected themselves while people nearby were being killed—it certainly wouldn’t be the first time.

“Officer Safety” Is What Matters to Police

At the Columbine massacre in 1999, the shooters roamed the school for nearly fifty minutes. Police waited outside for a SWAT team to arrive in order to minimize the risk to themselves. Columbine is now almost universally regarded as a case of police incompetence and inaction. In response, police agencies claimed they had adopted a don’t-wait policy for engaging shooters. But apparently many police agencies haven’t gotten the memo.

At Parkland, a law enforcement officer specifically assigned to the school, Scot Peterson, ran away from the school and hid behind outside structures. Sheriff’s deputies did the same. Law enforcement’s behavior at Parkland was so inept and so cowardly that in the spring of 2019, the victims’ parents sued the Broward County school board and the sheriff’s office for failing to take timely action against the shooter who killed seventeen people in February 2018. According to the South Florida Sun-Sentinel, police officers repeatedly sought to protect themselves rather than the people in the school. An analysis of communications among the law enforcement officers at the site of the massacre confirmed there were “at least two times a Broward deputy urge[d] another officer to protect themselves, not confront the killer.”