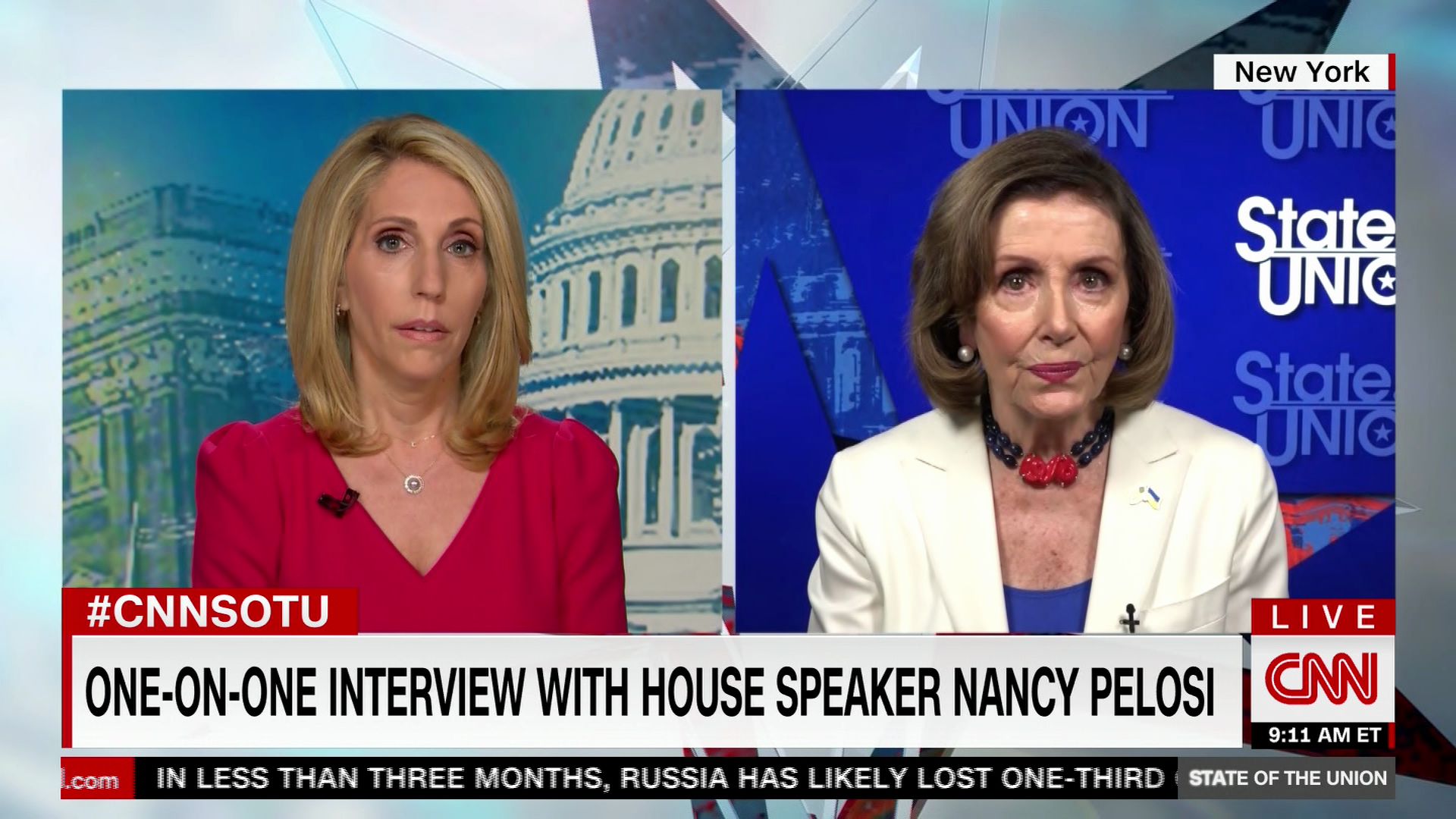 House Speaker Nancy Pelosi (D-CA) said Sunday on CNN’s “State of the Union” that “of course” private companies should provide travel expenses for their employees to receive an abortion in a state where it is legal if Roe v Wade was overturned by the Supreme Court.

Anchor Dana Bash said, “What can you do to help women who will be seeking abortions, but live in states where it’s banned For example, would you encourage private companies to provide travel for abortions as a health benefit?”

Pelosi said, “Well, of course, that, but the fact is we, as a country — this is — let’s just put this in perspective. What we want women and families and everyone to focus on is the nature of this decision. This is — our country, the genius of our founders was to have a Constitution that enabled freedom to expand. And it did with marriage equality, it did with Roe v. Wade, in many ways, defining freedom more fully.”

She continued, “This is the first time the court has taken back a freedom that was defined by precedent and respect for privacy. So, let’s stay focused on who we are as the country and not turn into something where we have to depend on the privacy. I think that’s all good. It’s helpful to the women, and that’s important. But it’s also important to know that this is not right. This is not the path of freedom for our country. So they’re putting freedom on the ballot. And our democracy has been on the ballot because of what they have — are doing to elections.”

Pelosi added, “But this is a place where freedom and the kitchen table issues of America’s families come together. What are the decisions that a family makes? What about contraception for young people? It’s just beyond a particular situation. It’s massive, in terms of contraception, in vitro fertilization, again, a woman’s right to decide. And it’s OK — we want to mitigate for the damage, but we have to get rid of the damage.”

When asked about Roe v Wade potentially being overturned by the Supreme Court, Pelosi said, “Who would have ever suspected that a creature like Donald Trump would become president of the United States by waving a list of judges he would appoint, therefore, getting the support of the far-right — and appointing those anti-freedom justices to the court. So, this is not about long game. We played a long game. We won Roe v. Wade a long time ago. We voted to protect it over time.”

She continued, “Let’s not take our eye off the ball. The ball is this court, which is dangerous to the freedoms of our country. Beware in terms of marriage equality, beware in terms of other aspects of it, and so it is. Let’s not waste our time on that. The fact is, this is a dangerous court to families, to freedom in our country. And that is why people have to mobilize. My saying is we don’t agonize. We organize, we go out there and make sure people know that if they, actually elections have consequences.”