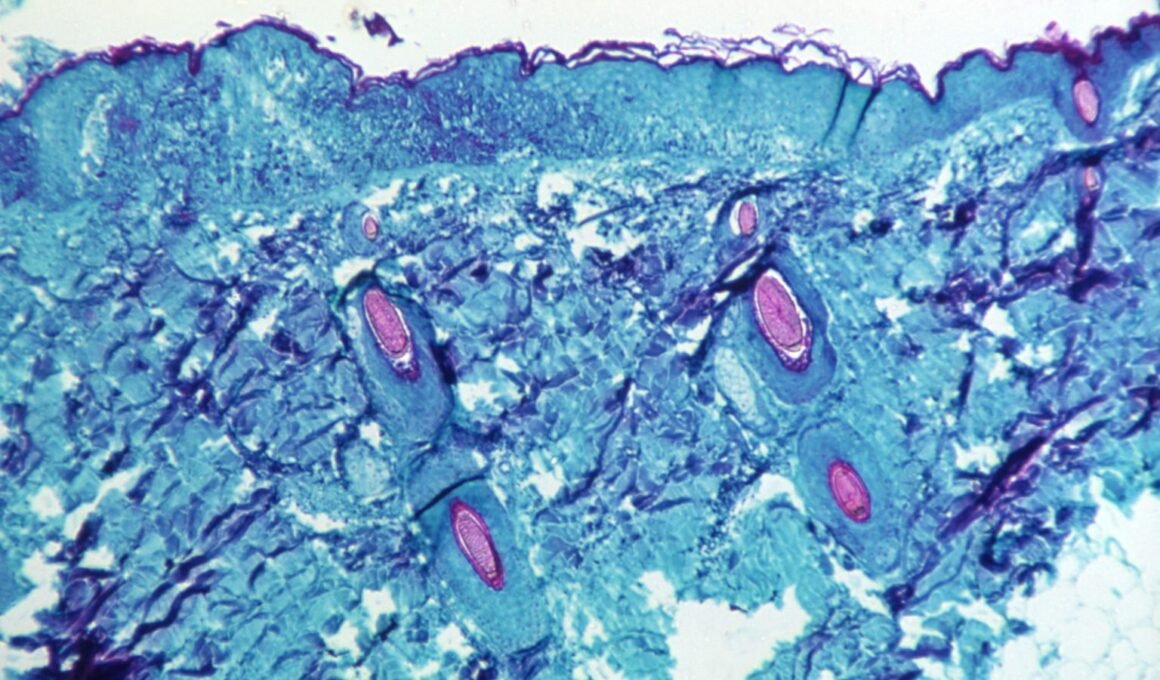 In recent days, concern over a global outbreak of monkeypox, a mild disease related to smallpox and chickenpox, has been hyped in the media and health ministries around the world, even prompting an emergency meeting at the World Health Organization (WHO). For some, fears have centered around monkeypox being the potential “next pandemic” after Covid-19. For others, the fear is that monkeypox will be used as the latest excuse to further advance draconian biosecurity policies and global power grabs.

Regardless of how the monkeypox situation plays out, two companies are already cashing in. As concern over monkeypox has risen, so too have the shares of Emergent Biosolutions and SIGA Technologies. Both companies essentially have monopolies in the US market, and other markets as well, on smallpox vaccines and treatments. Their main smallpox-focused products are, conveniently, also used to protect against or treat monkeypox as well. As a result, the shares of Emergent Biosolutions climbed 12% on Thursday, while those of SIGA soared 17.1%.

For these companies, the monkeypox fears are a godsend, specifically for SIGA, which produces a smallpox treatment, known by its brand name TPOXX. It is SIGA’s only product. While some outlets have noted that the rise in the valuation of SIGA Technologies has coincided with recent concerns about monkeypox, essentially no attention has been given to the fact that the company is apparently the only piece of a powerful billionaire’s empire that isn’t currently crumbling.

That billionaire, “corporate raider” Ron Perelman, has deep and controversial ties to the Clinton family and the Democratic party as well as troubling ties to Jeffery Epstein. Aside from his controlling stake in SIGA, Perelman has recently made headlines for rapidly liquidating many of his assets in a desperate bid for cash.

Similarly, Emergent Biosolutions has also been in hot water. The company, which has troubling ties to the 2001 Anthrax attacks, came under fire just under two weeks ago for engaging in a “cover up” over quality control issues relating to their production of Covid-19 vaccines. A Congressional investigation found that quality control concerns at an Emergent-run facility led to more than 400 million doses of Covid-19 vaccines being discarded. The Emergent factory in question had been shut down by the FDA in April 2021. They were allowed to reopen last August before the government terminated the contract. Given that the majority of the company’s business is tied to US government contracts, the loss of this contract, and the accompanying poor publicity, the news that its smallpox vaccine may soon be of international interest is likely seen as a godsend by the company.

Notably, this the second time in a year that both companies have benefitted from pandemic or bioterror fears propagated by the media. Last November, speculation rose that a re-emergence of the eradicated virus that causes smallpox would soon take place. This first began with Bill Gates’ comments on the prospects of smallpox bioterrorism during a November 4th, 2021 interview and was followed by the November 16th announcement of a CDC/FBI investigation into 15 suspicious vials labeled “smallpox” at a Merck facility in Philadelphia. Now, roughly six months later, the same fears are again paying off for the same two companies.

Emergent Biosolution was previously known as BioPort. The company was founded by Fuad el-Hibri, a Lebanese businessman, who leveraged his contacts with powerful US former military officials and politicians, to take control of a flailing Michigan factory. It was the only factory authorized to produce an anthrax vaccine.

The anthrax vaccine was known to have major problems even before BioPort had acquired it, and is believed by many investigators to be one of the main causes of “Gulf War” syndrome. The vaccine itself, originally developed at Fort Detrick, had little to no safety track record at the time it was administered to US troops in the First Gulf War – a problem that was never remedied. However, its chronic safety issues and its clumsy, multi-dose regimen would later prompt BioPort/Emergent Biosolutions to spend years developing a new formulation of its anthrax vaccine.

The creation of BioPort coincided with the Clinton administration’s efforts to mandate the anthrax vaccine for all members of the US Armed Forces. With control over the only source of anthrax vaccine, BioPort was poised to make a killing.

Once the company acquired the Michigan facility, it took large amounts of US government funds, ostensibly to make improvements at the site. However, the company declined to use the funds to make the necessary repairs, instead spending that money on its executives’ offices, as opposed to the vaccine factory, and millions more on bonuses for “senior management.” Pentagon auditors would later find that still millions more had gone “missing” and BioPort’s staff were unaware of the cost of producing a single dose of the vaccine. Despite the clear mismanagement and corruption, BioPort demanded to be bailed out by the Pentagon, and they were. Meanwhile, the Michigan facility lost its license after a government inspection found numerous safety issues.

However, by August 2001, BioPort stood to lose the Pentagon contracts – its only source of income. The Pentagon began preparing a report, due to be released in September 2001, that would detail a plan for letting BioPort go. Thanks to the September 11, 2001 attack on the Pentagon, that report was never released. Shortly thereafter, the 2001 anthrax attacks began.

Just months before, BioPort had contracted Battelle Memorial Institute to help rescue its flailing vaccine program. The deal gave Battelle “immediate exposure to the vaccine” and it was used in connection with the Pentagon-funded, gain-of-function anthrax program that involved both Ken Alibek and William C. Patrick III, two bioweapons experts with deep ties to the CIA. That program was housed at Battelle’s West Jefferson facility in Ohio. That facility is believed by many investigators to be the source of the anthrax used in the 2001 attacks.

The ensuing panic from the anthrax attacks led the Department of Health and Human Services (HHS) to intervene. They gave BioPort its license back in January 2002 despite persisting safety concerns at its vaccine production facility in Michigan. BioPort was not content to merely see its past contracts with the Pentagon restored, however, as it began lobbying heavily for new contracts for anthrax vaccines intended for American civilians, postal workers and others. They would get them, largely thanks to HHS’ then-counter-terrorism adviser and soon to be HHS’ newest Assistant Secretary — Jerome Hauer. Hauer would later join the board of BioPort, after it reformed as Emergent Biosolutions, in 2004.

Such examples of cronyism are more common than not when it comes to Emergent Biosolutions. Indeed, the company has frequently relied on individuals who spend their careers passing through the “revolving door” between the pharmaceutical industry and government, particularly those who also moonlight as bioterror alarmists. One of the main individuals critical to the company’s success over the years has been Robert Kadlec. Kadlec served as the top bioterror advisor to the Pentagon in the weeks leading up to the 2001 anthrax attacks. Months prior, he had participated in the June 2001 simulation Dark Winter, which “predicted” major aspects of the subsequent anthrax attacks. Kadlec subsequently crafted much of the legislation that would create the country’s subsequent bioterror/pandemic response policy, including BARDA and the Strategic National Stockpile.

Soon after leaving government, Robert Kadlec helped found a new company in 2012 called “East West Protection,” which develops and delivers “integrated all-hazards preparedness and response systems for communities and sovereign nations.” The company also “advises communities and countries on issues related to the threat of weapons of mass destruction and natural pandemics.”

Kadlec formed the company with W. Craig Vanderwagen, the first HHS Assistant Secretary for Preparedness and Response (a position Kadlec had helped write into law and would later hold himself). The other co-founder of East West Protection was Fuad El-Hibri, the founder of BioPort/Emergent Biosolutions, who had just stepped down as Emergent’s CEO earlier that year.

Kadlec then became a consultant. Kadlec’s consultancy firm, RPK Consulting, netted him $451,000 in 2014 alone, where he directly advised Emergent Biosolutions as well as other pharmaceutical companies like Bavarian Nordic. Kadlec was also a consultant to military and intelligence contractors, such as the DARPA-backed firm Invincea and NSA contractor Scitor, which was recently acquired by SAIC.

Kadlec would return to government as HHS ASPR under Trump, a position which he held at the time the Covid-19 crisis began. The year prior, in 2019, Kadlec had conducted a months-long simulation focused on a global pandemic originating in China called Crimson Contagion. Once the Covid-19 crisis began in earnest, he played a major role in securing Covid-19 vaccine contracts for Emergent Biosolutions, despite his conflicts of interest, some of which he had declined to disclose upon being appointed to serve as ASPR.

Emergent Biosolutions’ pattern of corrupt behavior, beginning with its anthrax vaccine, can be seen with its recent actions as it relates to its production of Covid-19 vaccines. Per the recent Congressional report, released just days before the recent spike in concern over monkeypox began, Emergent lab workers “intentionally sought to mislead government inspectors about issues” at its Baltimore-based plant and also repeatedly “rebuffed” efforts by AstraZeneca and Johnson & Johnson to inspect their facilities. “Despite major red flags at its vaccine manufacturing facility, Emergent’s executives swept these problems under the rug and continued to rake in taxpayer dollars,” House Oversight and Reform Committee Chairwoman Carolyn Maloney (D-NY) stated upon the report’s release. Yet such “major red flags” can be found throughout the company’s entire history, for those willing to take the time to look.

Just days after the Congressional report was released, Emergent Biosolutions announced that it would acquire the exclusive worldwide rights to the “first FDA-approved Smallpox Oral Antiviral for all ages” from the company Chimerix. The drug, called TEMBEXA, is only for the treatment of smallpox, which the company refers to as “a high priority public health threat.” The press release on the company’s acquisition of TEMBEXA states that multi-million US government contracts for the product are anticipated. The FDA formally approved the drug last June.

Emergent Biosolutions also has the rights to the smallpox vaccine known as ACAM2000, which can also be used to treat monkeypox. The vaccine, originally produced by Sanofi, was acquired by the company in 2017. As a result, the company has an essential monopoly over smallpox vaccines as ACAM2000 is “the only vaccine licensed by the FDA for active immunization against smallpox disease for people determined to be at high risk of smallpox infection.”

Given their track record, it’s worth asking why Emergent Biosolutions has been working in recent months to pivot much of its business into smallpox treatments. However, there is no speculation needed when observing that the current monkeypox fears and helping rescue the company, whose shares had fallen some 26% year to date before concern over the recent monkeypox outbreak began to grow.

Whatever comes of the monkeypox situation, Emergent Biosolutions’ decades-long track record is undeniably one of corruption and cronyism.