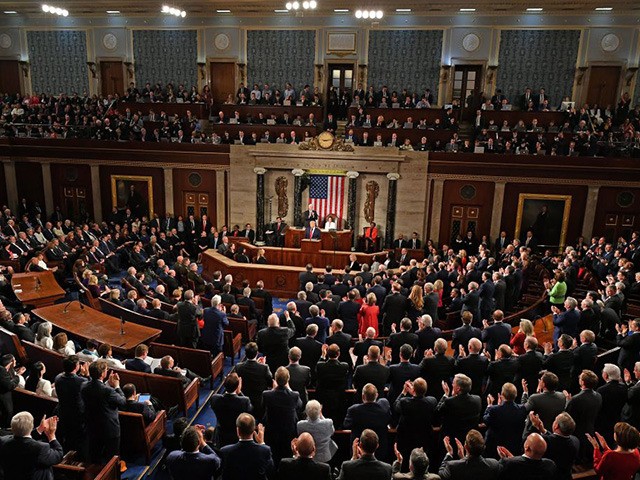 The recent poll showed that Republicans have a three-point lead on a generic ballot. Of the 1,162 registered voters who participated in the survey, 47 percent said they would pick the unnamed Republican when asked which candidate they would support if the election was held “today.”

The poll revealed that Republicans lead with key demographic groups, such as independents, Latinos, and parents with children under 18.

A majority of parents who have children under age 18 (60 percent) chose the Republican in the poll, while 32 percent said they would vote for the Democrat. Two percent chose “other,” and five percent were unsure whom to vote for.

This year, with both the House and Senate at stake, the Republicans are going up against the Democrats’ slimmest majorities in modern history. In the lower chamber, the GOP has only to net gain five seats to win back the majority, and they have an upper hand in some cases with 32 House Democrats announcing they would not be seeking reelection.

The majority is also on the line in the upper chamber since the Senate is split 50/50, meaning the Democrats cannot lose any seats and the Republicans need only one.

The Marist Poll was sponsored by NPR and PBS NewsHour and was conducted April 19-26 with a 3.7 percent margin of error.