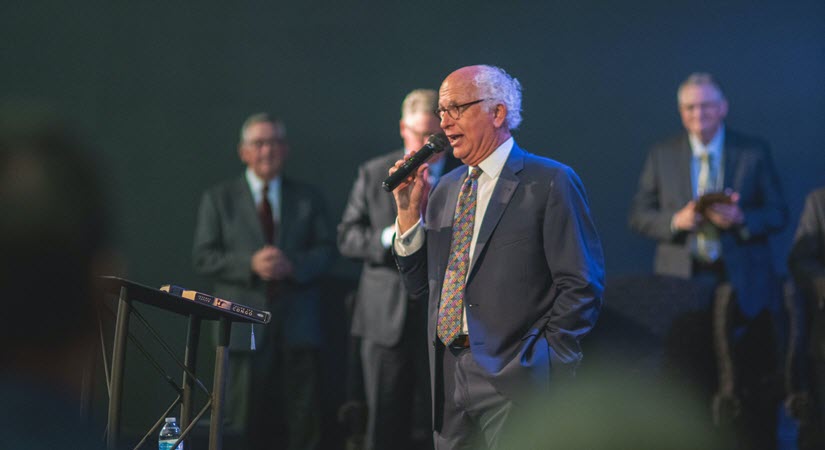 This week, Your News to Know rounds up the latest top stories involving gold and the overall economy. Stories include: The parallel collapse of stock and bond markets reminds us of real safe havens, Jeremy Grantham and Ray Dalio dive deep into economic woes, and gold remains the primary inflation-resistant asset for an interesting reason.

Bond investors might be surprised that their safe-haven is failing, but our readers are not

The editor-in-chief of MoneyWeek, Merryn Somerset Webb, recently wrote a Financial Times editorial to gently break some news to newer (or forgetful) investors:

If you have only been knocking around in markets for, say, 15 years, you are seeing the collapse of everything that you have been told is true and have also observed to be true about markets.

The timespan she provides is an interesting one. 15 years in the investment sphere might be a cycle for someone like Ray Dalio, but for many, it might very well be the entirety of their exposure to the markets. The truth is that one doesn’t need Dalio’s tenure in the markets to, in so many words, know better. Our readers don’t need five years: just one is plenty enough to alert those who are paying attention to market reality.

She continues, outlining some of the false narratives that fueled the “Everything Bubble” for so long:

It turns out that quality growth stocks do not always outperform; that the Federal Reserve will not always step in to protect your wealth… and that the prices of the growth stocks in your portfolio have long been more a function of loose monetary policy than the priceless nature of innovative thinking.

In other words, prices matter – overpaying for overvalued assets doesn’t make them worth more, it just makes them cost more. Especially when the so-called “Fed put” is dead, with our nation’s central bankers demonstrating their willingness to stand back and watch while stocks and bonds tank together in response to their too-little-too-late attempts to deal with inflation.

Speaking of stocks and bonds:

Finally, it turns out that the idea of sticking with a long-term portfolio consisting of 60 per cent equities and 40 per cent bonds does not mean everything will always be fine.

In 2019, we placed special emphasis on bonds going into negative territory when many ignored the issue. The bond market was already in a historic crisis. The Treasury was being squeezed as the only sovereign bond offering a yield, and a historically low one, too. The Deutsche Bundesbank offered bonds at a negative interest rate (even before inflation). That means owners of German bonds were literally paying the government for the privilege of loaning the government money!

In subsequent years, we reported the growing movement away from the 60/40 portfolio model, toward one that treats gold as a necessary diversification. Large-cap money managers were coming around to this perspective – possibly, too late. So far this year, the S&P 500 is down about 17%. Shockingly, the “40” of the traditional 60/40 portfolio is down sharply as well. If we consider the iShares 10-20 Year Treasury Bond ETF (TLH) as a proxy for the bond component, 60/40 investors lost 16% so far this year on the “safe” part of their savings.

Many Americans are surprised. I’m confident regular readers of my columns are a lot less surprised.

The point of bonds in a 60/40 portfolio is to diversify away from risky equities. Unfortunately, in this case, diversifying away from equity risk has brought with it a slew of totally different risks, including:

How can a safe-haven perform its role when its market is in a historic crisis? We discussed this last week here, in the segment “Bonds fail to protect.” We also discussed Verdad’s research on gold’s performance in such an environment.

Our readers will also know that the consensus is that the stock market’s losses so far are not the end of the bear cycle that we’d expect to come after the longest bull market in history. That cycle, we expect, will make 18% losses look minor…

Like Verdad’s analysts last week, Webb also turns to history to discover what works during such market crises:

The only good news is that while all this feels new (and is new to most market participants) it is not actually new. Much of it mirrors the conditions of the 1970s — another time in which everything seemed to change at once. Everything is not completely the same — but there is enough that is, to be worth checking on the few things that then made people richer not poorer.

So, what are those “things that then made people richer not poorer”? Webb’s answer:

If you agree that history provides examples of similar episodes, and what worked then should work again today, this is very likely sound advice.

When it comes to long-term money management experience, what more can we ask for than Bridgewater’s Ray Dalio and GMO’s Jeremy Grantham? Their in-depth conversation covered virtually all topics relevant to the economic situation and the financial implications.

The theme of an “everything bubble” is once again overarching, and it’s being mixed with several other anchors to drag individual wealth down. These include factors like Russia and China’s”soft exit” from the global commodity market, and its effects of worsening inflation and straining supplies of goods the world has become dependent on. But it also covers some not exactly new, albeit intensifying issues where ideology is clashing with growth.

Grantham highlighted how the world has grown extremely vulnerable to supply disruptions, not just of goods but of labor as well:

And that is the world we’d better get used to living in. We’re going to have a world of increasing number of bottlenecks and shortages. And the same applies to food. The UN Food Index is higher today than any time in its history over the last 50 years since it started. So, you have price pressure on raw materials, metals, food; you have price pressure long-term on labor. This surely feels like a new era in which inflation will be part of the background music just like it was in the 20th century and perhaps more so.

In other words, Grantham sees this not as a typical market cycle, but as a totally new paradigm. A “new normal,” to use the oft-abused phrase. A world in which food and raw materials permanently cost more – and inflationary pressures don’t go away regardless of the Fed’s interest rate decisions.

Both money managers are very much concerned with the debt bubble breaking and the stock market collapsing, with Dalio pointing out that stocks are now running on a 14-year long bull market. Until recently, this was propped up by historically loose monetary policies of an almost unimaginable magnitude. (This is old ground, and not an idea we’ll explore further today.)

Grantham, on the other hand, believes the coming market meltdown will fall into line historically:

We have a market today which feels superficially like 2000, and I think it’s going to play out initially like 2000. Then the deflationary effects on the economy and the stock market will result in a world rather like the 1970s, where all assets are simply much lower priced than they are today.

Dalio thinks that wealth itself may need to be redefined. That may sound radical, but in Dalio’s defense all of the world’s major sovereign nations are suffering from the same systemic problems.

Specifically, “systemic problems” are the easy-money policies that fueled the everything bubble:

…that happens by creating money and credit, which creates debt. And that dynamic means that you must have a decline in real wealth measured by that, because the financial wealth has become enormous relative to the real wealth. Everybody who’s holding bonds or assets, and particularly the debt assets, believes — or financial assets in general, which are just journal entries; they’re claims — but they believe that they can take that buying power and sell it and buy goods and services.

One extremely important point here: “Financial assets in general” are just “journal entries” or “claims” – in other words, an IOU from someone. These, in Dalio’s view, are completely different from “real wealth” which is not a claim or an IOU. Gold is pretty much the only investment that meets Dalio’s “real wealth” criteria. Dalio calls gold both an asset and a currency, and believes allocating 15% of your savings to gold has a negligible impact on returns while serving as a massive insurance policy.