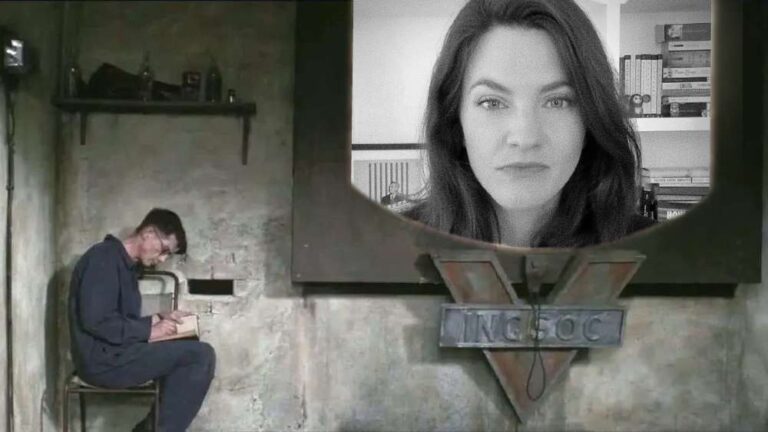 I think one of the most bizarre social developments of the past 10 years in the US has been the slow but steady shift of the political left as supposed defenders of free speech to enemies of free speech. The level of mental gymnastics on display by leftists to justify their attacks on freedom and the 1st Amendment is bewildering. So much so that I begin to question if liberals and leftists ever actually had any respect for 1st Amendment rights to begin with? Or, maybe the only freedom they cared about all along was the freedom to watch pornography…

One can see the steady progression of this war on speech and ideas, and the end game is predictable: Is anyone really that surprised that the Biden Administration is implementing a Ministry of Truth in the form of the DHS Disinformation Governance Board? Can we just accept the reality at this point that leftists are evil and their efforts feed into an agenda of authoritarianism? Is there any evidence to the contrary?

Before I get into this issue, I think it’s important to point out that it’s becoming tiresome to hear arguments these days suggesting that meeting leftists “somewhere in the middle” is the best and most desirable option. I see this attitude all over the place and I think it comes from a certain naivety about the situation we are facing as a country. Moderates and “normies” along with people like Bill Maher and Russell Brand are FINALLY starting to realize how bag-lady-crazy leftists are and the pendulum is swinging back slightly. But, it was conservatives that were calling out the social justice cult and their highway to hell for years.

While everyone else was blissfully ignorant, we were fighting the battles that stalled the leftist advance. This is not to say I’m not happy to have moderates and reformed liberals on board, it’s a great thing. However, the time for diplomacy and meeting leftists halfway is long dead.

There is no such thing as a “center” in our society anymore, either you lean conservative and you support freedom, or you lean left and support authoritarianism. There is no magical and Utopian in-between that we need to achieve to make things right. We are not required to tolerate leftist authoritarianism because of “democracy.” Sometimes certain ideologies and certain groups are mutually exclusive to freedom; meaning, they cannot coexist within a society that values liberty.

We need to be clear about where the lines are drawn, because sitting on the fence is not an option. Walk in middle of road? Get squished like grape.

To understand how leftists got to the point of enthusiastic hatred of free speech rights there are some psychological and philosophical factors that need to be addressed. These include specific ideals that leftists value that are disjointed or simply irrational:

Hate Speech Is Real And Must Be Censored?

First, as I have argued for many years, there is no such thing as “hate speech.” There is speech that some people don’t like and speech they are offended by. That is all.

Constitutionally, there is no hate speech. People are allowed to say any offensive thing they wish and believe however they wish as long as they are not slandering a person’s reputation with lies or threatening them with direct bodily harm. If you are offended by criticism, that is your problem.

Leftists believe the opposite. Instead of growing a thicker skin they think that “hate speech” should be illegal and that they should be the people that determine what hate speech is. This is a kind of magical door to power, because if you can declare yourself the arbiter of hate speech you give yourself the authority to control ALL speech. That is to say, as the thought police all you have to do is label everything you don’t like as hate speech, no matter how factual, and you now dictate the course of society.

No one is capable of this kind of objectivity or benevolence. No person alive has the ability to determine what speech is acceptable without bias. Like the One Ring in the Lord of The Rings, there is no individual or group capable of wielding such power without being corrupted by it. Either there is no hate speech, or everything becomes hate speech.

This is in direct reference to social media websites and it’s an oversimplification of the issue of free speech and large social media platforms. Here is the conundrum or “false paradigm” if you will:

The media itself is clamoring to disrupt Musk’s takeover of Twitter. Whether or not you trust him, Musk’s acquisition of the platform has at least exposed the totalitarian attitudes of mainstream journalists for everyone to see. They are now even admitting on air that THEY control public discussion; that it is “their job,” and they see Musk as a threat to that monopoly.

Why are Elon Musk’s private property rights less important or protected than the original shareholders of Twitter (Vangaurd, BlackRock, Morgan Stanley and a Saudi Prince)? Because Musk does not claim to represent leftist designs and interests? Leftists have no principles, they only care about manufacturing consent. Their method of winning requires that they never restrict themselves within the boundaries of values or morals. Again, this is the epitome of pure evil.

Beyond that irony, though, is the deeper issue of government intervention vs business rights. Many people seem to think that government power is supposed to balance out corporate power when the truth is that governments and corporations work hand in hand; they are often one in the same entity.

Twitter and other Big Tech platforms receive billions upon billions of dollars in government stimulus and tax incentives every year. Corporations as a concept are essentially a socialist creation. They enjoy limited liability and corporate personhood along with other special protections under government charter. With all these protections, incentives, bailouts and stimulus measures it is almost impossible for small and new businesses to compete with them. They represent a monopoly through cartel; they control the marketplace by colluding with each other and colluding with the government.

A perfect example of this would be the coordination between multiple Big Tech companies to bring down Parler, a conservative leaning competitor to Twitter. This required some of the biggest companies in the world working in unison along with the blessing of government officials to disrupt the ability of a new company to offer an alternative, and all because Parler was getting too big.

In the case of a private person’s home or their small business or small website, it’s true that there are no free speech rights. They can kick you out and they don’t have to give a reason. But when it comes to massive conglomerates that receive billions in OUR tax dollars in order to stay alive, no, they do not deserve private property rights. They have now made themselves into a public utility, and that means they are subject to constitutional limitations just as public schools and universities are.