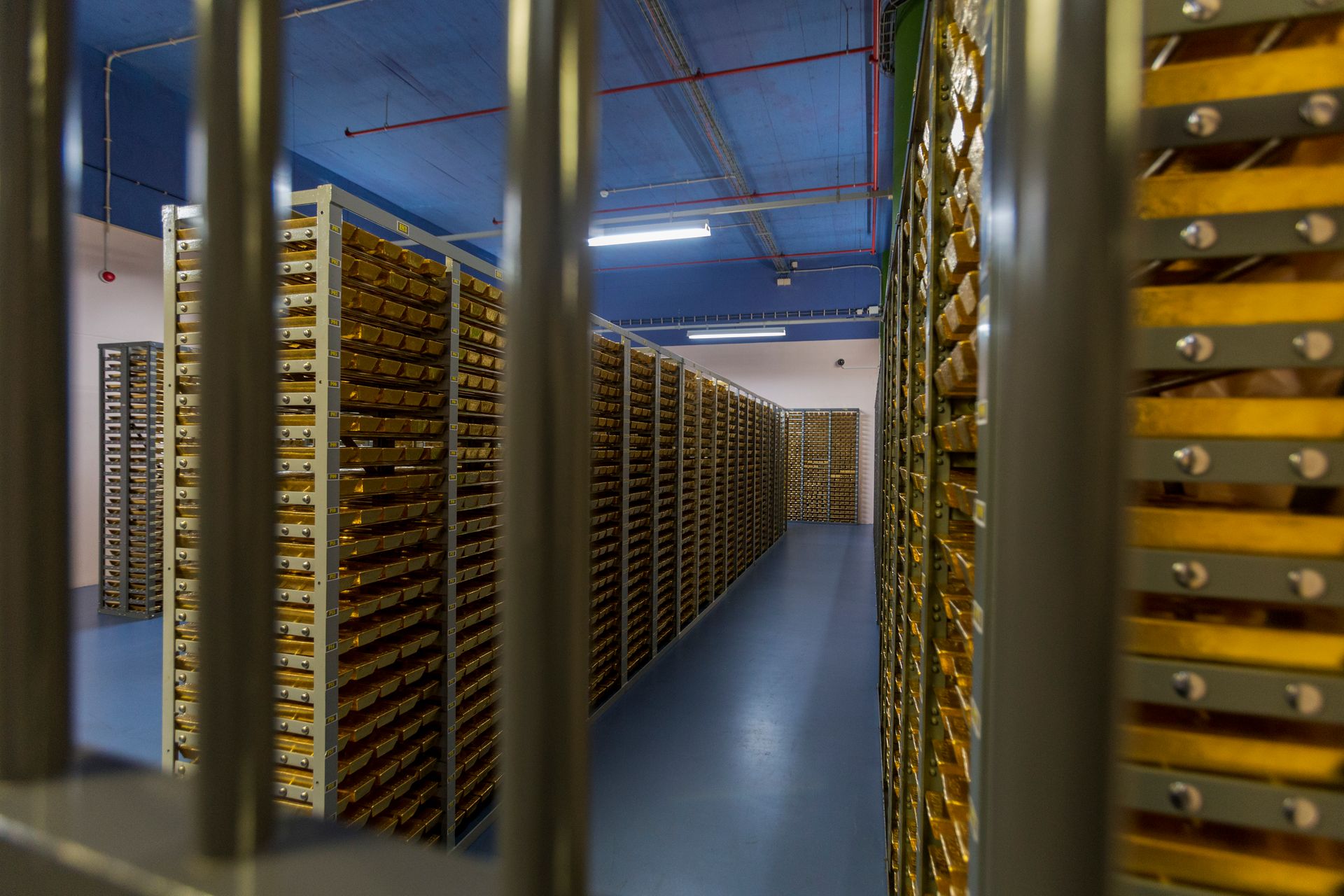 On Tuesday 17 May, the central bank of Portugal brought a group of Portuguese reporters and photographers on a visit to its gold vault located in a high security compound in a town called Carregado, about 30 minutes drive north-east of Portugal’s capital Lisbon.

The Portuguese central bank, known as “Banco de Portugal”, boasts significant gold reserves, and claims to hold 382.6 tonnes of gold, a figure which puts in in 6th place among European central bank gold holders, only behind Germany, Italy, France, Switzerland, and the Netherlands, and in 14th place on a global basis.

Like anything in the central bank gold world, there is no transparency into the claimed gold of any of these central banks nor any independent physical audits of the gold bars they claim to hold, so when talking about relative rankings, we will just have to go with the figures of the IMF / World Gold Council.

The Banco de Portugal maintains that just over 45% of its total gold reserves, or 127.6 tonnes (5,549,238 ozs), is held in the form of gold bars in its vault in Carregado, and it was these gold bars which the Portuguese reporters and photographers were briefly shown in what the Reuters report about the visit called a ‘Rare Glimpse’.

But apart from Reuters, a whole host of Portuguese media seemed to be present for the tour of the vault, judging by the extensive coverage this gold vault ‘tour’ received in the Portuguese media. So it is these reports of the Portuguese media which we turn to get more details about the Carregado vault and what the media saw. And since there were photographers present, quite a few photographs of the gold were taken, a selection of which are included below.

The Banco de Portugal’s Carregado Complex is a 67,000 square metre compound in an industrial part of the town which is surrounded by high walls and barbed wire, and which is guarded by machine gun toting members of Portugal’s National Republican Guard, and their four-legged friends, German Shepherds. As well as the gold vault, this Carregado Complex, built in 1995, is where the Portuguese central bank prints Euro banknotes, so there are said to be more than 200 bank employees working in this operational centre.

Apart from the 172.6 tonnes (45%) of Portuguese gold in the Carregado vault near Lisbon, the Banco de Portugal maintains that another 186.4 tonnes (48.7%) of its gold is stored in the Bank of England in London, with an additional 20 tonnes (5.2%) stored with the Bank for International Settlements (BIS), and the remaining 3.7% tonnes (1%) now stored at the Banque de France in Paris after having been moved in 2021 from the vault of the Federal Reserve Bank of New York (FRBNY). So overall, the split is 45% of Portugal’s gold is supposedly stored in Portugal, with the remaining 55% stored abroad.

According to one of the reporters on the recent Carredago visit, Diogo Cavaleiro, of Portuguese newspaper Espresso, the security layout was as follows:

“Protected by doors and corridors, codes and cards, in a room with a barred door, after a long walk to get there, they are lined up on shelves, five on each one, with the gray of the closet fading into the gold. These are the gold bars that are found in the safe deposit box of Banco de Portugal, located in Carregado.

It is there that little less than half of all the gold reserves of the Portuguese State are located. The rest are around the world, and a portion was even, until last year, in New York, but has now come to Paris.”

Behind bars – View into the gold storage room of the Banco de Portugal, Carregado

A Datacenter – But for Gold

From the photos, you can see that the gold storage vault of the Portuguese central bank has a very orderly design, with tall racks of bars (maybe 30 rows high) laid out in close proximity to each other to form a number of aisles and corridors. It almost has a datacenter feel to it, except instead of servers and routers, there are gold bars.

“This Tuesday, on a guided tour, journalists were able for the first time to take photographs of the gold in the Casa Forte de Reserva, located in Carregado.

Much gold is stored in these facilities: 13,666 bars, totaling 173 tons. Each bar weighs about 12 pounds. In Carregado, there are still 406 bars that belong to the European Central Bank (ECB), but are in the custody of the Bank of Portugal (BdP).

“Interestingly, most of the gold is abroad.  We have 186 tonnes in custody at the Bank of England, one of the main gold custody and gold transaction locations. We have a significant part of our gold there: around 49%”, said Hélder Rosalino [Banco de Portugal director]”

Interestingly, the Banco de Portugal’s Carregado vault claims to be storing about 5 tonnes of gold which belongs to the European Central Bank (ECB). This is gold that was transferred by the Banco de Portugal to the ECB in 1999 as part of the creation of the Euro when each founding central bank member transferred foreign reserve assets to the ECB, 15% of which had to be in the form of physical gold. See BullionStar article “European Central Bank gold reserves held across 5 locations. ECB will not disclose Gold Bar List.” 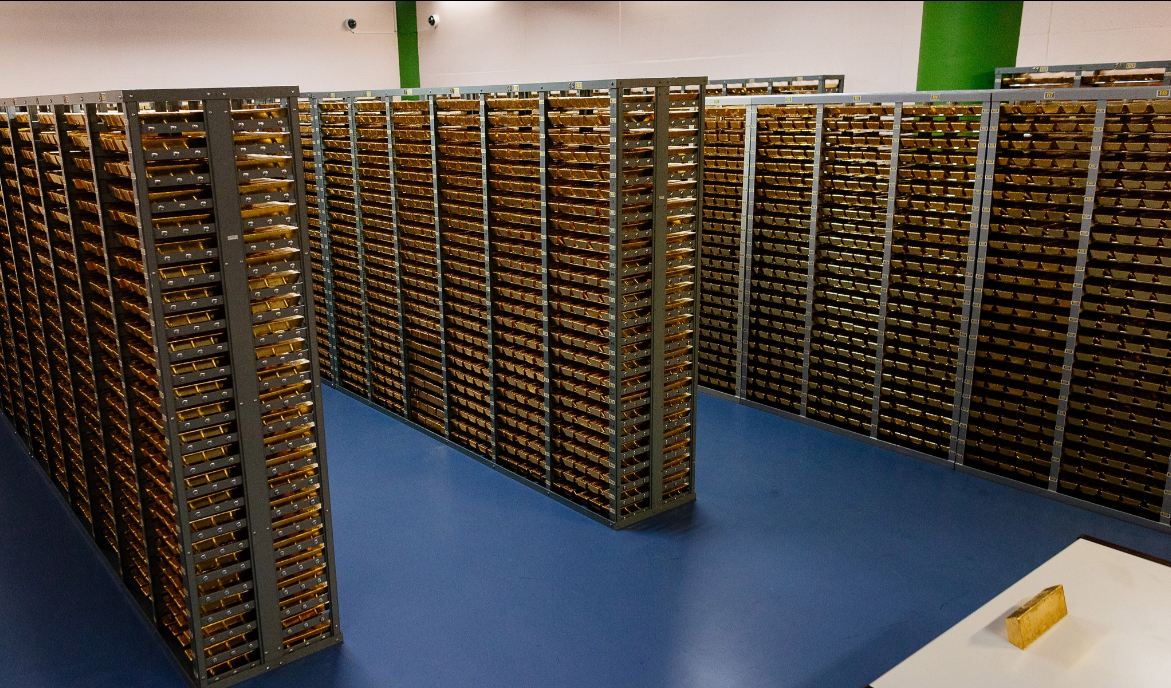 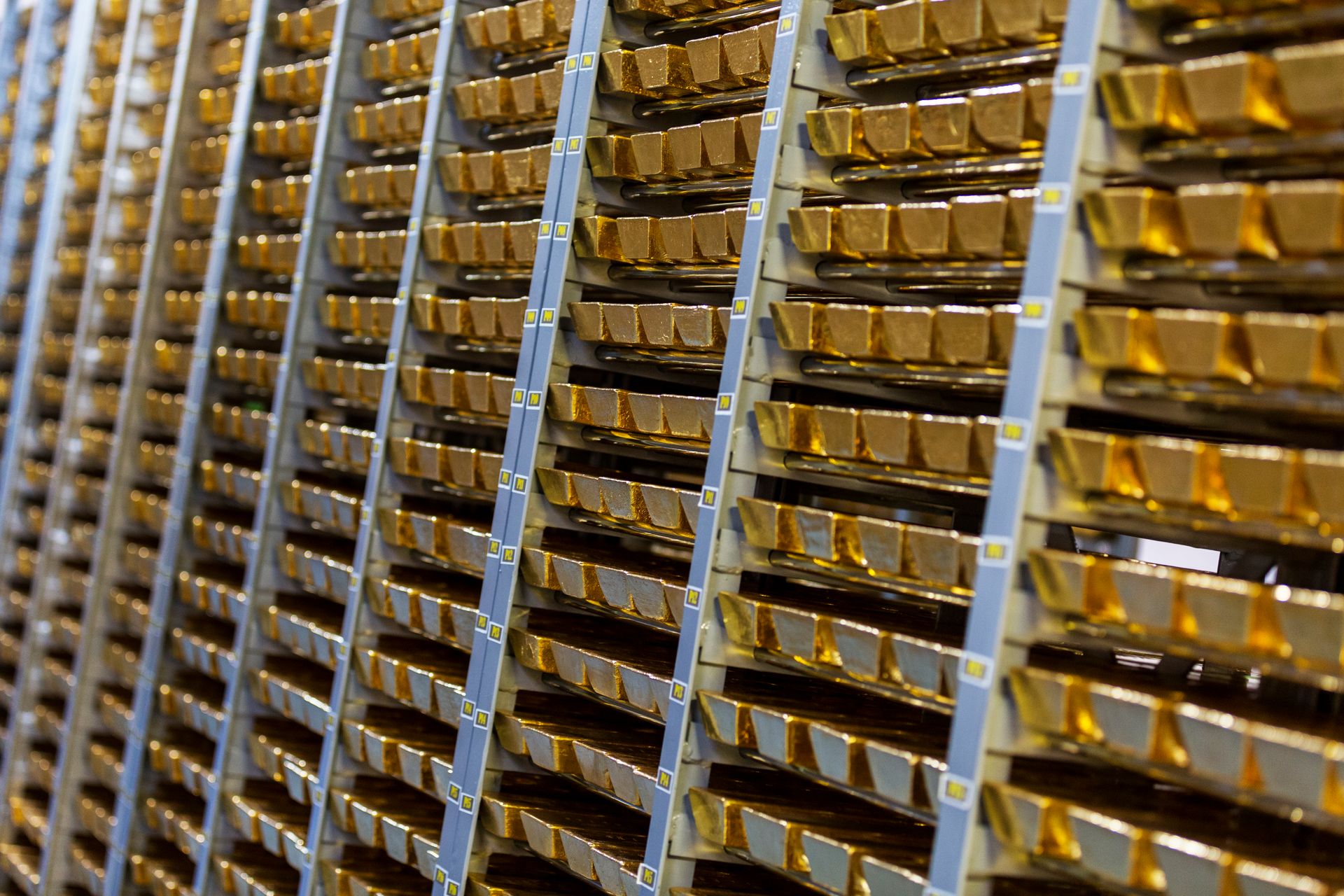 From New York to Paris

During 2021, the Portuguese central bank made a change to it’s international gold storage arrangements which is sure to lift some eyebrows in central banking circles, and which is now even more interesting given the subsequent US led sanctions which have played out since then, which have heightened “Confiscation Risk”.

For in 2021, the Banco de Portugal took the gold that it had been storing with the Federal Reserve Bank of New York (FRBNY) in Manhattan, and moved it into storage at the Banque De France in Paris. The amount of gold in question was 118,327 ozs or 3.68 tonnes. Whether the gold was actually withdrawn and flown across the Atlantic from New York to Paris is unknown. It could more easily have been moved via a location swap. But the fact that it was moved is the important thing.