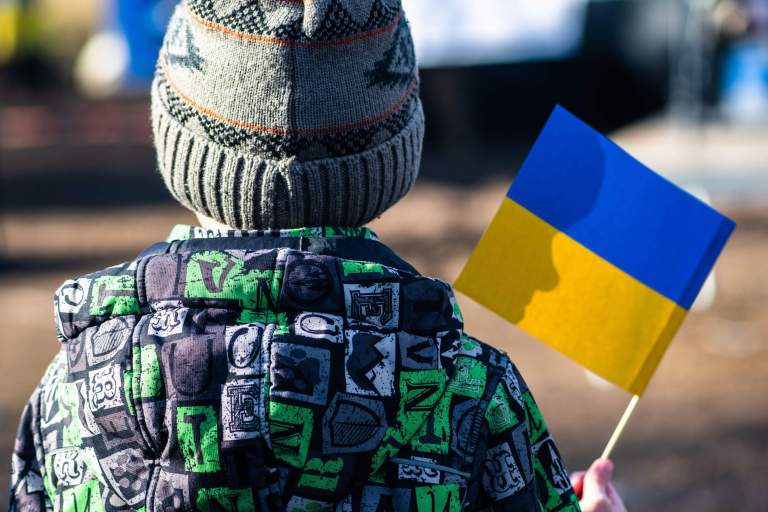 The going rate for a child – either to be sold into sexual slavery or killed and harvested for organs – is around $150,000.

To those who value greed over the most fundamental of basic decencies, the Russian invasion of Ukraine and the refugee crisis it has sparked is not a humanitarian catastrophe but the business opportunity of a lifetime.

“This is just a sweet shop for them at the moment,” says Dean, a former British soldier who now works for MitMark, a private risk advisory company that ‘fell into’ trying to combat human trafficking after arriving near the Medyka crossing in Poland to embark on a number of crisis management projects.

“You wouldn’t think that any human could do that to another human,” he told Byline Times. “It’s beyond terrorism. I’ve fought against terrorism most of my adult life but at least they believe in something. Traffickers don’t believe in anything but greed and money. Life means nothing to them.”

International organisations such as the United Nations High Commission for Refugees (UNHCR) have been sounding the alarm over human trafficking for weeks, but an investigation by Byline Times has found the effort to combat it at one of the main Ukraine-Poland border crossings is being run almost entirely by a handful of private security personnel and volunteers with barely any support from local or international law enforcement.

“We’ve seen there’s a gaping hole and there’s no policing or governance around it,” says Dean. “One hundred percent it should be up to a government to run it but if you look at human trafficking in general, it’s mostly charities and private companies who get involved.”

Since the Russian invasion of Ukraine began on 24 February, around 5.5 million Ukrainians have fled abroad. The vast majority of them are women and children, as men aged 18 to 60 are forbidden from leaving the country under emergency laws.

The journeys are arduous, often spanning thousands of miles and several days, and often preceded by weeks lived under Russian bombardment and occupation.

Those who arrive abroad are exhausted and overwhelmed by the help on offer on the Polish side of the border from the huge volunteer movement that has mobilised. Here, they feel that they can relax and finally let their guard down a little.

But the best camouflage for a human trafficker is the kindness of others.

“We had one Italian guy who pretended to be a volunteer who took a whole family of women and kids, seven people I think, and told them he would drive them to Italy,” one volunteer who wished to remain anonymous told Byline Times.

“He drove them to Italy then in the middle of nowhere he told them to get out. They got out and he drove away. I think that maybe he was told on the phone that the police were onto him and he just got rid of them. He also took another woman and kid and we still don’t know where they are.”

No one knows how many people have been trafficked since the Russian invasion began, only that it is happening and it is organised on a professional level.

“Most trafficking in Poland happens through organised crime networks in the central European region and it was a problem long before the refugee crisis itself,” says Allison Byrd, special projects coordinator at anti-trafficking charity Unbound.

“It’s helpful to remember this is a situation of supply and demand. So where demand is high, we know the supply is going to reach that. And sadly I’ve heard reports from some of our partners that searches online for Ukrainian women have skyrocketed. So traffickers are highly motivated financially to meet that demand.”

On the ground at border crossings, gang lookouts – or ‘dickers’ – prowl the area, taking photos of women and children which they send to the higher-ups who then decide if they are suitable for trafficking. It is these dickers that Dean and his colleagues are on the lookout for.

“It’s not difficult, to be honest, because if you’re a male between the age of 19 and 65 and you’ve not got documentation to say you can’t fight, and you’re not Polish, then what are you doing there and lurking about?” says Dean.

He points to a photo on his phone of a Caucasian male. “We’ve got eight of these on file,” he explains. “This guy I saw on the other side of the border four days ago. Look at him – he’s 40-years-old and doesn’t look unfit. What’s he doing there? He’s not scruffy, has a fresh haircut and he’s talking to young people with kids.”

Facial recognition technology can also help to detect in real-time people known to work with criminal gangs, something that has been deployed by Unbound to good effect.

After spotting a woman claiming to be a volunteer but offering to pay refugees to carry bags over the border for her in exchange for a lift to Warsaw, a team member discreetly photographed her and sent it to a colleague in the US. “He ran the photo and he confirmed that this person is connected to people who are not good people,” says Byrd.

The surveillance undertaken by MitMark and Unbound has proven effective, with Dean’s colleagues managing to intervene in two cases where people were about to be trafficked.

Speaking of one of these interceptions, he told Byline Times: “We stopped this, the guys went in there, got the lady and two young children into a safe haven where there’s a crisis management team. We tried to grab the guy but he’d bolted. We gave the surveillance we’d collected on him from previous days to the Polish police but they didn’t really want to know.”

The incident highlights one of the main issues facing those trying to combat trafficking – the reported reluctance of authorities at the border to do anything more than the bare minimum of keeping the area calm and quiet.

When Byline Times visits Medyka, the only visible police presence are two officers sat in a van parked on a road near the crossing.

“Unfortunately, the Polish police aren’t doing enough,” Ayala Smotrich, operations manager at Rescuers Without Borders, which operates a women and children-only refuge tent at the crossing, told this newspaper.

“We asked so many times to close the side gate so that only authorised people can enter but so far it’s not happening,” she says. “We do have volunteer IDs but they’re not worth anything if you don’t have a gate at which to show them”.

The Polish police did not respond to a request for comment.

Another issue is the simple fact that no one knows the scale of the trafficking.

Medyka is just one of tens of border crossing points Ukraine has with seven neighbouring countries. At each of these, the vast majority of refugees crossed in the days immediately after the invasion began when there was no one in place to spot dickers and only a handful of volunteers had managed to organise any kind of response.

“I’ve heard of a lot of buses from Lviv not making it to where they were supposed to get to, so yes, I’d imagine that a lot of trafficking has already happened,” says Byrd.

The problem is not just limited to the border crossing points which are just one stop on a refugee’s journey to their final destination.

In cities across Europe, a vast volunteer movement is helping refugees find safety but there is little if any policing of who these volunteers are and it’s next to impossible to tell if people offering lifts are people genuinely trying to help or criminals.

“I’m from Kyiv and I arrived in Krakow train station on the 5 March with my three-year-old child and my friend and her two children,” a Ukrainian woman who wished to remain anonymous told Byline Times. “One guy came up to her out of nowhere and said ‘hello, where are you going? I will drive you to a safe place. I’m here to help’. I was running over to her with the kids and telling him to f*ck off and he ran away.”

As the course of the war shifts, so does the flow of refugees. Many Ukrainians are now heading home, reassured that because of Russia’s failed attempt to take the capital of Kyiv, it is now relatively safe to do so.

Inevitably, the traffickers now see opportunities on the Ukrainian side of the border, targeting people as they enter their home country and look for ways to travel to their hometowns.

“We were [on the Ukrainian side of the border] the other day and there were Mercedes cars with blacked out windows full of guys,” says Dean. “It seems like something out of a movie but it’s true – two big saloon cars, three guys in each car which makes no sense. If you were there to pick somebody up to take them back to Kyiv, for example, you wouldn’t have three guys in each car. There are red flags everywhere.”