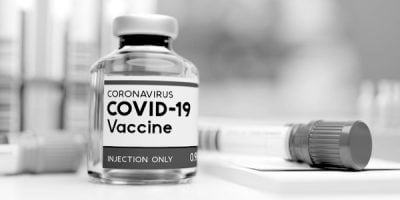 In a science-based world, in the world we all want to live in, this question would be answered directly by institutions and agencies eager to collect safety information on a new medical technology, even as it was being rushed to market. But this is not our world, and in reality we have to glean bits of information from diverse sources and try to compare their implications to converge on a consensus view.

Several scholars and statisticians have used different methods to estimate how many Americans the vaccines have killed. I took a stab at it myself. Credible results fall in the range 250,000 to 500,000 people killed promptly by the vaccines, about ¼ to ½ the number that the COVID virus has reportedly killed.

This includes only people who die within a few days or sometimes weeks after vaccination. Long-term health effects from the vaccines are thought to be predominantly detrimental, but difficult to quantify because they are just beginning to become apparent.

Medical journals that are worse than useless

Such is the captured state of our most prestigious medical journals that this article appeared in Britain’s “best” medical journal last month. The message they want to propagate is that “most reactions were mild”. MedPageToday summarized the Lancet study with the headline, “6 Months of U.S. Data Support Safety of mRNA COVID Vaccines” — a statement that goes well beyond the (distorted) claims in the Lancet, as covered by the Children’s Health Defender here.

“Most reactions were mild?” Well, yes, that’s true in the sense that there were a whole lot more headaches than deaths, and more sore arms even than headaches. But look at the absolute numbers! Deaths from the COVID vaccine have been 90 times higher than the previous most deadly vaccine in history, Shingrix.

This practice of looking only at the ratios of different kinds of vaccine injuries and not the crucial issue of absolute rates was introduced into the FDA protocol just last year, undoubtedly because the mRNA vaccines could never have been approved if absolute rates of injury were considered.

A measure called PRR = proportional reporting ratio is a complicated statistical algorithm that effectively makes most readers’ eyes glaze over. But Matthew Crawfordis not most readers, and he pointed out last summer that PRR had this diabolical property that the absolute number of injuries appears in both the numerator and the denominator, so that PRR is completely insensitive to the actual rate of injuries caused by the vaccine.

Long-term harm — no data yet

Here, I focus only on the short-term risk of death from the vaccines.

There is good reason to suspect that the mRNA vaccines have detrimental effects on the immune system and, in some cases, on the heart, the nervous system, and the reproductive system. Seneff and McCullough (with other experts) analyzed mechanisms of immune suppression from the vaccines, with potential long-term consequences for cancer, infectious disease, and other aspects of health.

Another recent publication documents that the RNA from the vaccines can be reverse-transcribed, with potential to become a permanent part of a person’s DNA. The implication of these findings is that some vaccinated patients may continue to generate spike protein for the rest of their lives, and that there is a possibility their offspring might also carry genes for the spike protein.

Figures for 2021 show large increases in several types of cancer, MS, inflammation of the heart, and a variety of chronic diseases. This has large but yet unmeasured implications for long-term health of the vaccinated.

Renz also announced last year that an anonymous whistleblower within CDC had leaked to him unpublished data from Medicare and Medicaid patients. Among this group (about 60 million people), there were 48,465 deaths within 2 weeks of vaccination. These were concentrated among the elderly, but the rate was far above background death rates for all age groups.

Actual data from people vaccinated more than a year ago is just beginning to be available, and there is no substitute for compiling symptoms and statistics in the real world.

Nevertheless, I don’t hesitate to say that it was the height of irresponsibility for Pfizer and Moderna and FDA to have distributed mRNA vaccines to billions of human experimental subjects without even considering the question how long the spike protein remains active in the minority of cases where the mRNA is not efficiently eliminated and whether the RNA can reverse-transcribe to become a permanent part of a person’s genome, and the FDA stepped far outside its role as watchdog and protector in the health marketplace when it authorized (then approved) COVID vaccines with no data on long-term health effects.

The FDA originally asked to withhold, for up to 75 years, Pfizer’s data, submitted to them in support of approval of their vaccine. But now some of this data is being released over about a year. This first data dump reports 1,223 deaths worldwide following vaccination through February 28, and suggests that about ⅓ of them are in the US. Based on 38.4 million US Pfizer vaccinations during this time period (CDC data), Pfizer’s own figures suggest a prompt fatality rate of 10 per million vaccination doses.

That would scale to about 6,000 American vaccine deaths today, assuming the rate remained constant, based on 558 million vaccine doses delivered (according to CDC). This is much smaller than the number of deaths reported to date to VAERS (11,700 US) and VAERS is generally considered to be substantially under-reported — see below. Incidentally, CDC treats all these deaths as coincidence, and has acknowledged just nine deaths from COVID vaccines, none of them from Pfizer or Moderna.

Pfizer’s reported 1,223 deaths is almost certainly an undercount based on what we have seen from other sources. But for the FDA, it was an unprecedented level of risk. For example, when the swine flu vaccine was rushed out in 1976, the vaccine was pulled abruptly from the market after 53 people died. 53 deaths were enough to pull the plug on a vaccination program in 1976; but the Pfizer vaccine was authorized by FDA with 1,223 admitted deaths, and later approved after more than 10,000 deaths had been reported to VAERS.

VAERS, the 30-year-old Vaccine Adverse Events Reporting System, though deeply flawed, may be the best resource we have. There have been 12,000 US deaths reported to VAERS following receipt of the COVID vaccines in 2021 and 2022. We know that reporting to VAERS is not only voluntary but cumbersome and that most harms from vaccines are never reported to VAERS.

So to get from 12,000 to the full number of deaths, we need to multiply by a compensatory “underreporting factor”, URF. For every reported death there are URF total deaths, reported and unreported. A Harvard Pilgrim Study in 2010 concluded that “fewer than 1% of vaccine adverse events are reported”, or URF>100, but we expect that a single URF is an oversimplification.

In the past, CDC itself has estimated its underreporting factor. Here [2020], they come up with numbers from 1.5 to 8 for various conditions. No CDC estimate has been made since the mRNA vaccines appeared. There are credible charges that VAERS has deleted reports and that social and economic pressures are used to discourage reporting of COVID vaccine injuries in particular.

This article from Massachusetts General Hospital is limited to anaphylactic shock in response to the COVID vaccines. This is the most obvious and most immediate serious (life-threatening) side-effect of vaccination. The authors calculate an underreporting factor between 50 and 123.  Kirsch, Rose, and Crawford compute URF=41 based on this same MGH data and corresponding reports to VAERS.

Jessica Rose estimates the underreporting factor using Pfizer’s own data for the 15,000 subjects in their trial and comparing the rate of severe side-effects in Pfizer’s trial with the numbers subsequently reported to VAERS when the same vaccine was distributed to the public. She arrives at URF=31. 12,000 reported deaths for mRNA vaccines might then correspond to 370,000 actual vaccine deaths.