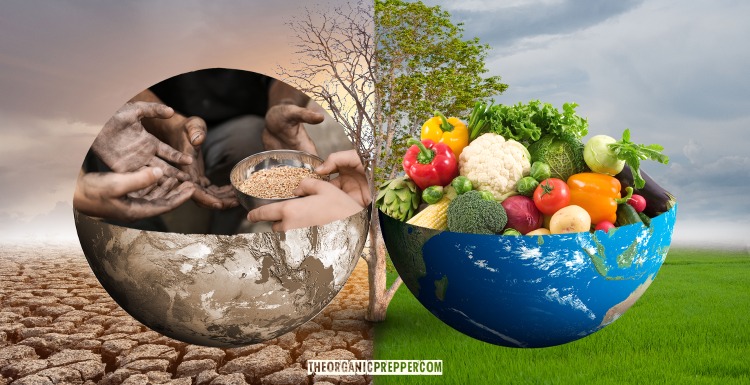 We’re seeing some strange things in modern society and all signs point to the fact that famine is coming. Within the US, drought on the plains is making is so that winter wheat can’t grow while up in North Dakota there’s so much water that farmers’ fields are too waterlogged for anybody to do any planting. I have my suspicions.

American farmers that are able to get out into the field are having a hard time finding critical components they need to their machinery.

Two children were just hospitalized due to a lack of infant formula within America. When have you ever heard of that happening before?

We’ve witnessed a lot of talk about smallpox pandemics over the course of the past two years, Germany is now gearing up for another wonderful “simulation” wargaming a pox pandemic originating from leopards, and now, monkeypox is popping up throughout the world.

As of this writing, there are 9 cases in the UK, possibly 21 in Portugal, 23 suspected in Spain, 13 suspected in Canada, and 1 in the United States. The initial reports all stated that this was from an infected man flying back from Nigeria on a commercial plane.

Sri Lanka is currently experiencing food riots. People are being hunted down in the streets as we speak. Iran seems to be experiencing a version of the same.

Nations throughout the world have quit exporting food.

Food facilities throughout the Western world keep going up in smoke at numbers that we’ve never seen before. These fires are no accident. (An almond processing plant just had one, by the way.)

Chickens are being culled by the millions throughout America.

Hyperinflation is kicking in. Even those suffering from normalcy bias are beginning to talk about it.

Our Southern border is non-existent and thousands of “refugees” are being pumped across it as we speak. How many of these have military training? Remember that Venezuela and Russia have quite the relationship. Foreign troops on US soil? That’s not too far-fetched of an idea.

The point is that America is being set up for a very hard fall.

The threat of famine is coming as we are being ushered into a one world government. Famines create conditions where people will sell anything for food. Fabian pointed out your guns would be part of this. History also shows us that peoples’ freedom goes right out the window when famine enters. The man with the food is the one that gets to make the decisions.

Consider both China and Russia have stored years’ worth of food at the moment. Meanwhile, in America, we can’t even keep our own children fed.

To seek trouble coming down the road and to take action against it is wisdom.

Food preparation is key, but as Joe Dolio points out, so is the ability to produce food. Ayn Rand famously said that production is wealth (she was pulling from Adam Smith, but the truth remains). Eventually, you’re going to run out of your long-term food stores. You’re not going to have any more buckets of beans, rice, and wheat berries.