Caldwell was a Schwab Foundation for Social Entrepreneurship Fellow in 2001, which earned her “all expenses paid participation at the World Economic Forum in Davos annually,” according to her resume. The Schwab Foundation for Social Entrepreneurship was founded by WEF Chairman Klaus Schwab in 1998 and is run by his wife, Hilde.

While attending several WEF events, Caldwell has been a featured blogger for the group, which she reveals on her resume:

“The Schwab Foundation brings several dozen of us here each year as the primary vehicle through which is aims to support our work.”

Several blog posts authored by Caldwell from 2006 focus on panels she attended and business leaders, media figures, and celebrities she spoke with while at the WEF.

“Day 1 at the World Economic Forum. I attended a session this morning on how we did as a global community in the last year in the areas identified as top priorities by Davos attendees last year: poverty, equitable globalization, climate change, education, global governance, and the Middle East,” she reported 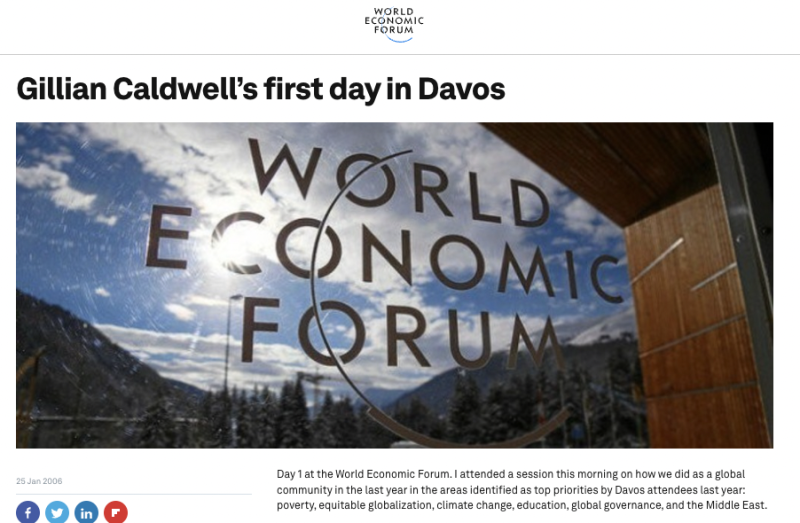 Prior to joining the Biden White House, Caldwell worked as a consultant for clients including the shady far-left campaign slush fund Arabella Advisors, which has deep ties to George Soros. She was also a Strategy Consultant for the Robin Hood Foundation, which has received millions of dollars from Soros.