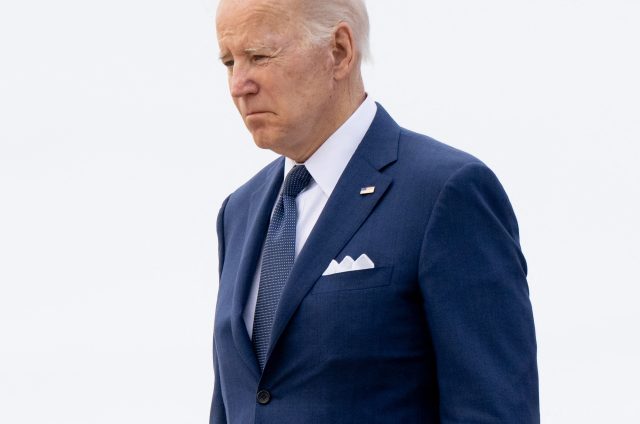 The Pending Home Sales Index, a forward-looking indicator of home sales based on contract signings, slid 3.9 percent in April, the realtors said. This was the sixth consecutive monthly decline.

Compared with a year ago, pending home sales were down 9.1 percent. On a year-over-year basis, pending sales have been falling for 11 straight months.

Economists had forecast a 1.5 percent drop. The prior month’s decline was revised from 1.2 percent to 1.6 percent. As a result, the bigger than expected decline was off an even lower base.

“Pending contracts are telling, as they better reflect the timelier impact from higher mortgage rates than do closings,” said Lawrence Yun, NAR’s chief economist. “The latest contract signings mark six consecutive months of declines and are at the slowest pace in nearly a decade.”

Mortgage rates have risen sharply this year. At the end of last year, the 30-year fixed conforming mortgage rate was at 3.353 percent. By the end of March, it had moved up to 4.811 percent. As April came to an end, it was at 5.415 percent. As a result, the monthly payment a buyer would owe on a home purchased in April is hundreds of dollars higher than what it would have been at the start of the year. That may have pushed some would-be buyers out of the market. In some cases, these higher rates increase mortgage payments by as much as $500 per month, the NAR said.

Mortgage rates are up sharply because the Federal Reserve has made it clear it intends to raise its interest rate target and shrink its balance sheet in an effort to bring down inflation from the four-decade high hit recently. Inflation soared in the aftermath of the Biden administration’s $1.9 trillion American Rescue Plan and the Fed’s decision to keep interest rates low and bond purchases high throughout last year. Both the Fed and the administration wrongly thought inflationary pressures would prove transitory. “The escalating mortgage rates have bumped up the cost of purchasing a home by more than 25 percent from a year ago, while steeper home prices are adding another 15 percent to that figure,” Yun said.

Yun noted that such price hikes are already a burden, but they become even more problematic to a family on a budget contending with rapid inflation, including surging fuel and food costs.

Closings on existing home sales fell 2.4 percent to a seasonally adjusted annual rate of 5.61 million in April, the slowest rate since June 2020, according to data released last week by the NAR. The sharp slowdown in home sales is consistent with the possibility of a recession beginning over the next 12 to 16 months. On the other hand, rising mortgage rates and rising home prices likely indicate that a recession is not yet imminent or already underway.on of Realtors. Sales were 5.9 percent lower than the year-ago level. The big plunge in pending sales indicates an acceleration of the decline in sales.

New home sales decreased 16.6 percent in April compared with the previous month to a seasonally adjusted annual rate of 591,000, the Commerce Department said Tuesday. That is just barely above the 582,000 level hit during the initial lockdown phase of the pandemic when the economy was brought to a near halt.

The sharp slowdown in home sales is consistent with the possibility of a recession beginning over the next 12 to 16 months. On the other hand, rising mortgage rates and rising home prices likely indicate that a recession is not yet imminent or already underway.