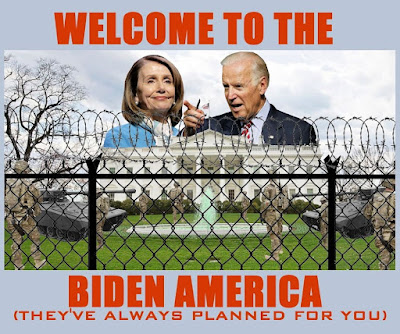 I keep seeing reports about how panicked democrats are heading into midterms where there is a very good likelihood Republicans will take control of the House and the Senate, yet they are so anxious and busy setting up a “show vote” to try to codify abortion rights into federal law.

At some point Wednesday afternoon, senators are expected to vote on an effort to break a filibuster in order to start debate on the bill. Senate Majority Leader Chuck Schumer, D-N.Y., and other Democrats are not expected to succeed on this vote, as it would need 60 votes in favor to pass. It remains to be seen whether it will even have the support of a simple majority.

Inflation surges higher-than-expected 8.3% in April, near 40-year record, touts a New York Post headline, among others, with food, cost of living and record high gas prices decimating Americans ability to feed their families and also commute to work, due to outrageously high prices from everything from fuel to food, and most retail items in between. 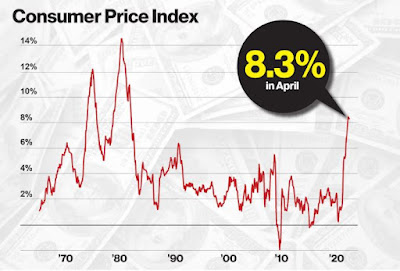 Yet the Biden regime and his handlers, are more concerned with sending yet another package of aid to Ukraine, to the tune of almost $40 billion. This is in addition to the $13 billion previously sent, with no accountability of how it is spent.

This evening, the U.S. House is expected to vote on a $39.8 billion aid package in Ukraine. For reference, that is a higher cost than the Department of Justice’s annual budget, and is even greater than the funding for the Environmental Protection Agency, Department of Labor, and Department of Commerce combined.

We have gone from an America First agenda, straight into an America last agenda since Joe Biden started occupying the White House, or to be more accurate the fake “White House” stage set since they couldn’t put a permanent teleprompter in the Oval Office.

Despite Biden’s recent claims that inflation is the “top domestic priority,” every action taken by the Biden regime and democrats, shows that as a complete lie. 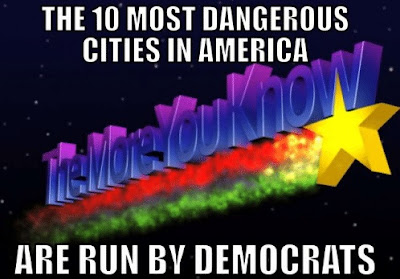 THE ONLY ANSWERS THAT MAKES SENSE…..IT IS ALL BY DESIGN

Absolutely none of this is an accident.

No regime can be this blind as to the consequences to Americans from policies that put America as a nation, and Americans, last. From illegal immigration, to killing the Keystone Pipeline and taking America from being energy independent to dependent on foreign entities once again, to the skyrocketing inflation of food prices, gas price spikes, and even more devastating, the increasingly frequent food shortages.

Democrat politicians, and Biden’s handlers, know there is very little chance of their party keeping control of the House or the Senate after the 2022 midterms, so they are doing as much damage as possible, while claiming they are trying to “help” Americans, “protect” women, and do the “morally” right thing in helping Ukraine, who even the MSM has previously admitted are neo-Nazis.

Throughout the Ukraine crisis, the US State Department and mainstream media have downplayed the role of neo-Nazis in the US-backed Kiev regime, an inconvenient truth that is surfacing again as right-wing storm troopers fly neo-Nazi banners as they attack in the east.

The New York Times reported almost in passing on Sunday that the Ukrainian government’s offensive against ethnic Russian rebels in the east has unleashed far-right paramilitary militias that have even raised a neo-Nazi banner over the conquered town of Marinka, just west of the rebel stronghold of Donetsk.

That might seem like a big story – a US-backed military operation, which has inflicted thousands of mostly civilian casualties, is being spearheaded by neo-Nazis. But the consistent pattern of the mainstream US news media has been – since the start of the Ukraine crisis – to white-out the role of Ukraine’s brown-shirts.

So, Biden, his puppet masters, democrats and RINOS (Republicans in name only), would rather support literal neo-Nazis in Ukraine, at the expense of American families, rather than just let Russia and Ukraine fight it out on their own.

That is a choice, a deliberate calculated decision, that once again, let me repeat… puts America last.

Yet again, rather than preventing much of those drugs from coming over the border, Biden is creating polices that allow more illegal immigration, and drug smuggling, while chopping policies that would save Americans lives.