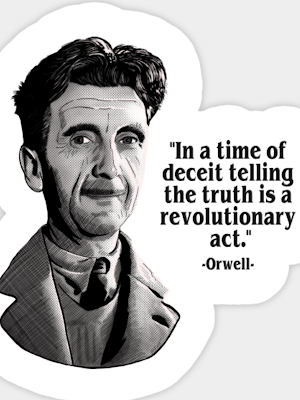 Disclaimer: The the opinions expressed within the content are solely the author’s and may not reflect the opinions and beliefs of the website or its affiliates.

Do people actually think we can vote ourselves out of the current mess we all find ourselves within right now? The midterm elections will probably mean nothing, basically because Washington DC has become one big cesspool of corruption, thuggery and treachery. A place where Demoncrats and RINOS pretend to fight, as they both conspire behind our backs, paying lip service to our legitimate complaints. Combine this with a vast majority of the citizenry who are unawake/unaware and this equals a recipe for disaster.

Joe Biden and his globalist masters are constantly scheming and using clandestine methods to advance their new world order globalist agenda. Both parties are acting like used car sales-dealers, always willing to tell us that something which is toxic to our freedom is actually good for us. These creatures in DC have become the masters of illusion. Feeding us poison in the guise of ice cream. Tempting us with convenience and promising us safety. A way of tricking us into giving up our personal privacy/individual liberty, and in turn then forcing upon all of us a complete leftist authoritarian technocratic police state.
“Those who would give up essential liberty to purchase a little temporary safety deserve neither liberty nor safety.” – Benjamin Franklin-
“Of all tyrannies a tyranny sincerely exercised for the good of its victims may be the most oppressive.” -C.S. Lewis-
We currently exist within a leftist orchestrated nightmare, mainly because people have easily accepted a rigged election. We have become complacent, unaware and willfully ignorant. People are only fooling themselves if they think their votes will count for anything in future elections. The citizenry are all enduring unnecessary worry and financial stress, mainly because of Joe Biden and his band of climate kooks on the left.
We the people, have all been intimidated into silence by Leftist politicians. Citizens today are expected to crawl up into the fetal position and to remain docile, without ever daring to question those in power. Americans are now being coaxed by a corrupt media and a rogue government into remaining within a perpetual state of passivity. In essence, the government is currently telling all of us who lean politically right: “don’t any of you conservatives dare stir up any trouble or make any waves, or there will be consequences.” Maybe one day in the future, it will come to the point of freezing our bank accounts, if we don’t all conform and act like the leftist government stooges the tyrants in power wish us to be.
If conservatives dare to say anything which is deemed inappropriate by the CIA, FBI, DHS, DOJ or anybody within the elite ruling class, we can safely assume that we will become labeled either a white supremacist and or a domestic terrorist, and maybe even put on a government watch-list? Conservatives today are expected to not even think about expressing their right to freedom of speech. Because if they dare to do so, they might end up in the same situation as the people currently being held in prison for the January 6th incident in 2021?
Government intimidation against private citizens is not a new tactic, Nazi Germany used this method to threaten citizens all the time and make examples out of others, in order to instill fear in their population. Thug tactics have always been the chosen method of all tyrants in keeping their citizens in line. When the DOJ labels concerned parents, who dare to raise their voice while attending school board meetings as potential domestic terrorists, we can safely come to the assumption that many members of government have gone rogue.
“We are fast approaching the stage of the ultimate inversion: the stage where the government is free to do anything it pleases, while the citizens may act only by permission; which is the stage of the darkest periods of human history, the stage of rule by brute force.”-Ayn Rand-
Why do you think then president, Barack Obama went after innocent tea party members years ago, with the IRS as his chosen “weapon?” Obama knew that just the mere news being reported and amplified about tea party member’s taxes being investigated, would be enough to cause citizens to think twice about criticizing his regime. Despicable Gestapo tactics by the most divisive person ever to take the oath of office as US president. Obama also went after AP news media members using the same anti-free speech tactics.
Weaponizing federal resources to intimidate and harass the citizenry is one of the most despicable and egregious actions those that hold governmental power can ever undertake. Obama supposedly continued to use the same tactic to go after then candidate, Trump, and then commander and chief, President Trump. Something special counsel attorney, John Durham continues to investigate to this very day. When will we ever see accountability for wrongdoing? At what point will people demand justice?