The Federal Reserve has talked a lot about fighting inflation. But what has it actually done?

In practice, not a lot. It has nudged interest rates up 75 basis points. And while the Fed has ended the massive quantitative easing program that it ran during the pandemic, it pushed balance sheet reduction back from May until June. In fact, the balance sheet has crept upward throughout the entire month of May. As you can see from the chart, the balance sheet fluctuates, but it’s clear that the Fed is still engaged in low-level quantitative easing in order to keep the balance sheet from shrinking as bonds mature. Peter made an important point in a recent podcast.

The bottom line is that while the Fed talks about fighting inflation, it hasn’t actually entered the ring. One would think if the Fed was serious about tackling historically high inflation, it would be shrinking its balance sheet, not allowing it to creep upward through the month.

Originally, the plan was to begin quantitative tightening in May. During the May FOMC meeting, the central bank pushed the start date back to June. And the tightening plan central bankers outlined at the last meeting wasn’t particularly impressive.

At $95 billion per month, the Fed could shrink its balance sheet back to pre-pandemic levels in 7.8 years.

Keep in mind, even before the pandemic, the balance sheet was still bloated from the three rounds of QE the Fed ran during the Great Recession.

To put it into perspective, the Fed expanded its balance sheet from under $1 trillion to $4.5 trillion in the wake of the 2008 financial crisis. The balance sheet stood at $4.16 trillion in February 2020, as the coronavirus pandemic started to unfold. That was up from a low of $3.76 trillion in September 2019, when the Fed gave up on tightening because the stock market tanked and the economy was getting wobbly.

That means most of the Treasuries the Fed bought in the first rounds of QE after the 2008 financial crisis remain on the balance sheet today — plus trillions more.

And we’re supposed to think the Fed is going to successfully shrink its balance sheet this time around?

And the FOMC didn’t even hint at how much it intends to shrink its balance sheet, saying only, “Over time, the Committee intends to maintain securities holdings in amounts needed to implement monetary policy efficiently and effectively in its ample reserves regime.” 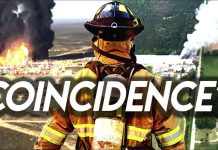