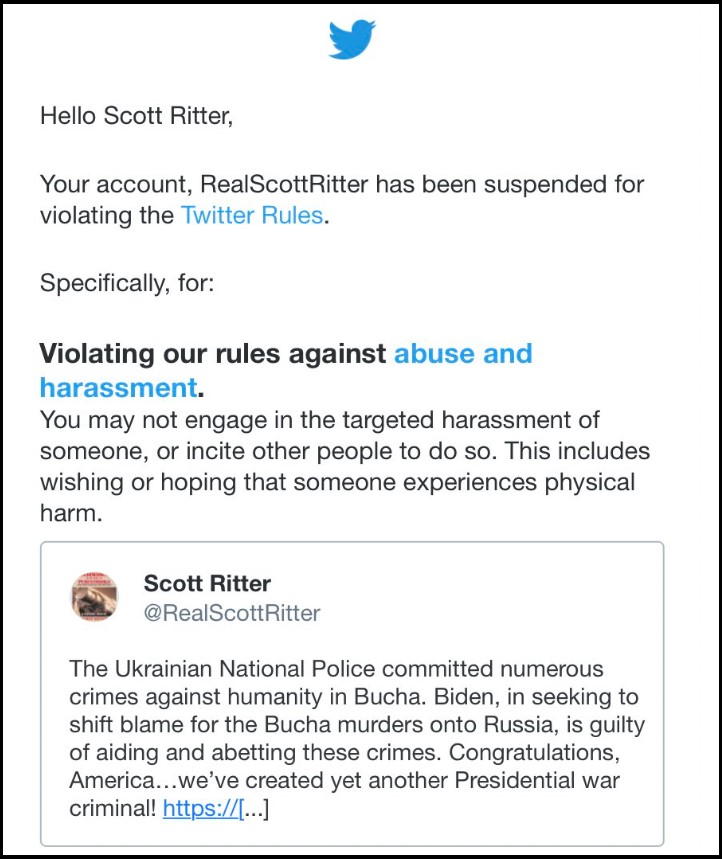 A quote attributed to George Orwell states, “In a time of universal deceit, telling the truth will be a revolutionary act.”  It appears that quote was considerably prescient as Big Tech and the U.S. intelligence apparatus collaborate to retain their narrative.

Former U.N. Weapons Inspector Scott Ritter has been suspended from Twitter for questioning the transparently sketchy circumstances around Bucha, Ukraine.

Regardless of your position on the Ukraine -vs- Russia conflict, the larger concern is the manipulation of information in an increasingly totalitarian era. The entire premise of democracy, speech and open debate is being undermined by the collaboration of tech platforms and the U.S. intelligence apparatus.

In this era of new “democratic norms”, trust in the institutions of government has collapsed.  As social media platforms increasingly align their efforts with those collapsing institutions, the battle for your mind carries deadly consequences.  Think, while it is still permitted. 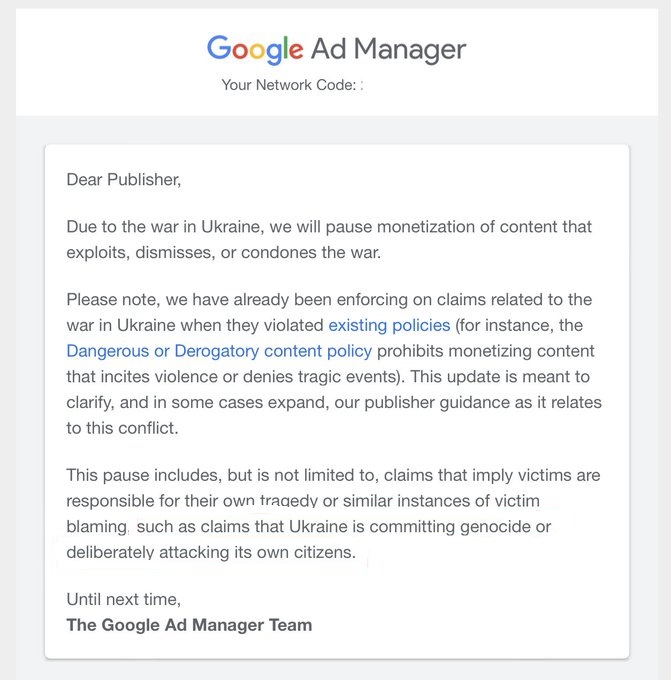