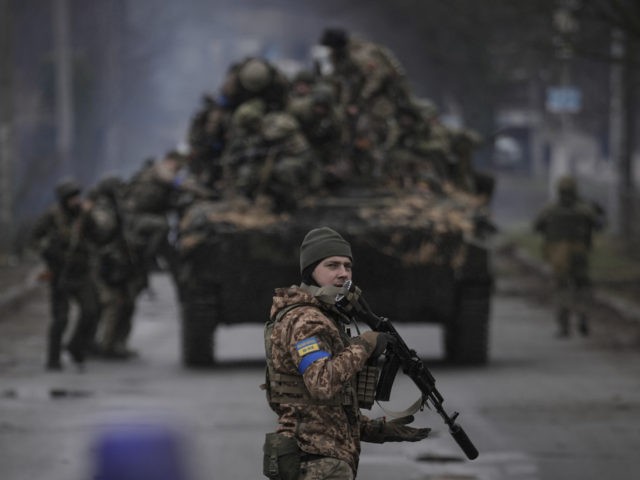 Ukrainian forces have found bodies littering the streets of Bucha, a key town near Kyiv (Kiev), after Russia’s retreat from the region. (Warning: graphic images.)

With Russian forces having pulled back from their northern positions near Kyiv after encountering fierce resistance, counter-attacking Ukrainians and photo-journalists have encountered scenes of devastation, with the bodies of seemingly civilian victims of the invasion littering the streets. 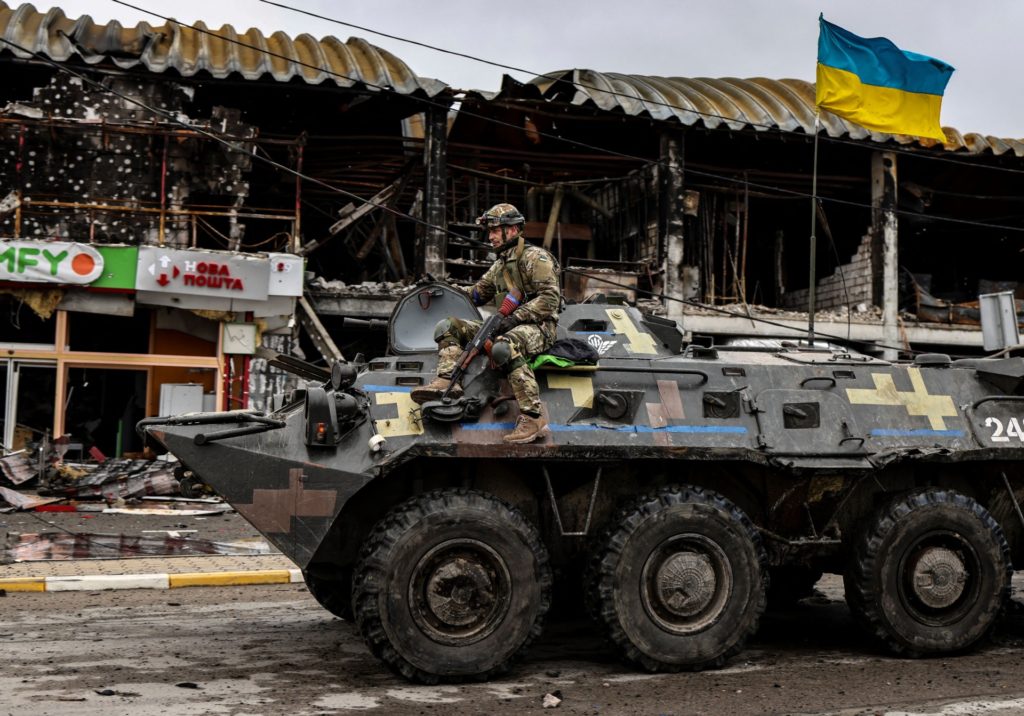 A Ukranian soldier patrols in an armoured vehicle a street in Bucha, north-west of Kyiv, on April 2, 2022, where the town’s mayor said 280 people had been buried in a mass grave. Ukraine has regained control of “the whole Kyiv region” after invading Russian forces retreated from some key towns near the Ukrainian capital, the deputy defence minister said today. (Photo by RONALDO SCHEMIDT/AFP via Getty Images) 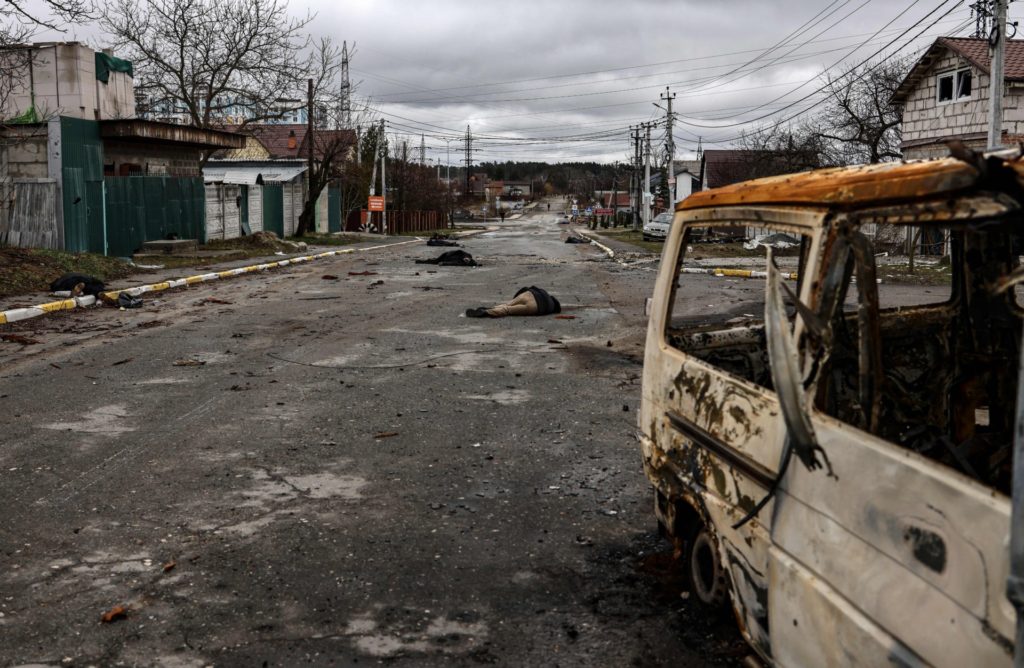 Bodies lie on a street in Bucha, north-west of Kyiv, on April 2, 2022, as Ukraine says Russian forces are making a “rapid retreat” from northern areas around Kyiv and the city of Chernigiv. The bodies of at least 20 men in civilian clothes were found lying in a single street Saturday after Ukrainian forces retook the town of Bucha near Kyiv from Russian troops, AFP journalists said. Russian forces withdrew from several towns near Kyiv in recent days after Moscow’s bid to encircle the capital failed, with Ukraine declaring that Bucha had been “liberated”. (Photo by RONALDO SCHEMIDT/AFP via Getty Images)

“At least 20 dead men were lying in the street as Ukrainian troops entered the town. Some of them had their hands tied behind their backs,” reported the British Broadcasting Corporation (BBC), which says it was “able to get to Bucha because during Friday the final Russian soldiers pulled out, as part of what the Kremlin has presented as a calm and rational decision to concentrate on the war in eastern Ukraine.”

The publicly-funded broadcaster asserted that, in fact, Russia’s objectives in the Kyiv region had been thwarted by “unexpectedly fierce and well-organised Ukrainian resistance”, citing “the rusting and twisted wreckage of [an armoured] column that still lies where it was destroyed on [a] suburban street” in Bucha as evidence.