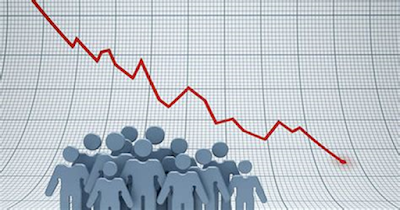 The Defender, a news site that covers children’s health, said that “A new peer-reviewed study shows more than two-thirds of adolescents with COVID-19 vaccine-related myopericarditis had persistent heart abnormalities months after their initial diagnosis, raising concerns for potential long-term effects and contradicting claims by health officials that the condition is “mild.”  Really now – ““All patients had significantly elevated serum troponin levels indicative of heart damage. And LGE, which is indicative of poor outcome, was present in more than two-thirds of the kids…. These young patients had a median troponin level of 9.15 — more than 20 times greater than the levels found in people suffering heart attacks.”

That is just one study, just one group, just one condition.  Add in all the other age groups, all the other deadly conditions while remembering that the numbers reported in the VAERS system is approximately only about 1% or 2% of them, and there is a truly massive death rate occurring right now.  The future deaths either directly caused by the kill shot or indirectly and delayed mass murder because of the VAIDS (destruction of the natural immune system) it is obvious that the reports of overwhelmed funeral parlors, cemetery and cremation crews, and so forth is not only NOT being reported but actively hidden from the public.  The cause of those deaths is not correctly reported but hidden in obtuse lies.  But when including the past two years of the Vax and deliberate hospital induced covid deaths (which we have covered in a variety of columns here in ANP) when taken into account with the decrease in birth rates of mostly whites, the goal of mass depopulation is being successfully governed.

Even to the dorky propaganda agents employed by MSN have seen this trend as they noted back in February; “The United States’ population is going down, threatening our success as a nation… The two drivers for population growth are increased birth rates and immigration. In our case, both are dropping largely…” and that last idea is a total lie, but expected from those clowns.  Yes, our population is dropping, but the rates of criminal invaders across our border and otherwise is dramatically increasing.  Perhaps the monkeys over there neglected to read their own stories of the southern border mass invasion problems?  They then correctly stated why the birth rates are down, “because young people are either delaying parenthood or foregoing it altogether” which is fairly accurate but fails to include the FACT that huge percentages of children die in murderous abortion clinics, are miscarried by the effects of the murder shots, or not even conceived because those same shots destroy their God given mechanisms to become pregnant on both the male and female sides of that equation.

Back in 2019 the US Census Bureau said “Drops in natural increase and net international migration have resulted in a gradual slowdown of the nation’s population growth this decade”.   Then at the end of last year, the Census Bureau said that “COVID-19, Declining Birth Rates and International Migration Resulted in Historically Small Population Gains….The U.S. population grew at a slower rate in 2021 than in any other year since the founding of the nation, based on historical decennial censuses and annual population estimates” and that is with the higher death rates from the supposed C19 and the increases in foreign invasions of people into our nation.  On their Population Clock they show that there is one birth every 9 seconds but one death every ten seconds.  And this before taking into account all of the excess deaths caused and will be caused by the bio-weapon of mass murder.  Their national population totals show a decrease in the rate of growth the last decade with a more dramatic rate of growth reduction showing in their projected numbers since their last official 2019 numbers.  Macro Trends shows those numbers as a growth rate being “The current population of U.S. in 2022 is 334,805,269, a 0.57% increase from 2021” while the rate of increase is steadily falling since the US Census official numbers since their 2019 numbers as “329,064,917, a 0.6% increase from 2018”.   That may not seem like much, but then remember where that increase in population is coming from, and that is by illegal mass migration and flooding across our borders.  The birthrate of real, actual Americans has been precipitously dropping since the c19 farce began, and dropping far faster with the death rates of the bio-weapon injected and is showing the expected results.