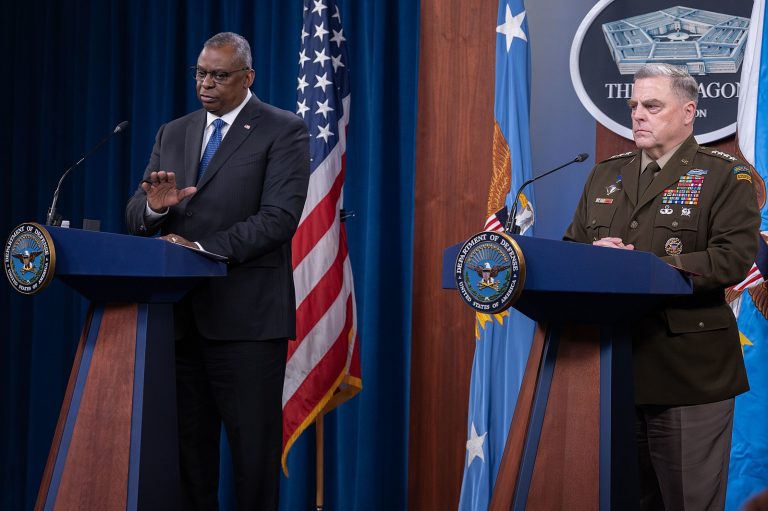 Over the past week, a large number of prominent voices have been calling for NATO intervention in Ukraine.  Of course if NATO gets involved in the war, it is the U.S. military that is going to be doing the heavy lifting.  Unfortunately, as you will see below, the U.S. military is actually shrinking because recruiting has become extremely difficult.  So if we actually go into Ukraine, we are going to need a lot more people to volunteer.  Will the talking heads on television that are endlessly advocating for a war with Russia be willing to join up?  Of course not.  Many of our politicians are talking a good game, but needless to say they won’t be going to Ukraine and neither will their children.  The elite always count on someone else to fight their wars for them, but these days it is becoming increasingly challenging to find enough people that are willing to do that.

In the defense budget request for 2023 that was recently submitted by the Biden administration, it is being projected that the size of the U.S. Army will decline by 12,000 soldiers…

The 2023 defense budget request just released by the Biden administration reduces the size of the Army by 12,000 soldiers. It isn’t that the Army doesn’t need those soldiers—senior leaders have consistently said the Army is too small. The reason for the cut is that the Army projects that they won’t be able to recruit enough people to meet their quotas.

Considering the fact that we are on the verge of war with Russia, you would think that our politicians would be doing all that they can to make sure that we have enough troops.

But the truth is that at this point not that many young people want to sign up.  In fact, there is a possibility that all four branches of our military could miss their recruiting goals this year…

Indeed, this year it’s possible none of the services will meet their recruiting goals. Only halfway into the fiscal year, the Army and the Navy recently raised their bonuses for recruits to an all-time high of $50,000, the head of Air Force recruiting told his recruiters “we have warning lights flashing,” and the Marine Corps is short recruiters because the recruiting business now is so difficult.

That is just sad.

The U.S. military was once the most mighty fighting machine on the entire planet, but now it is steadily shrinking.

In fact, even if you throw in all National Guard troops, it is being projected that the size of the U.S. Army will drop below one million for the first time in two decades…

The Army would fall under 1 million soldiers for the first time in 20 years under the new proposal, with active duty Army falling from 485,000 soldiers to 473,000. That number, combined with National Guard and Reserve forces, puts the U.S. total at 998,500 soldiers.

Well, perhaps we can simply lower our standards.  At this point, the vast majority of America’s young people don’t even meet the lowest standards for military service…

With each passing year, fewer and fewer young people qualify for military service. Widespread obesity (36 percent for ages 18-39), increasing numbers of youth afflicted with mental health issues (26 percent of youth aged 18-25), and other issues including criminal records or lack of high-school degrees is driving down the percentage of youths qualified to enlist without a waiver.

In 2016 a Pentagon study reported only 29 percent of Americans age 17 to 24 were eligible to enlist. Multiple sources now report that number has dropped to below 25 percent.

Also, it would probably be a good idea to rethink our television recruiting commercials.

For example, just check out this video where Chinese, Russian and U.S. recruiting videos are compared.

The truth is that our recruiting materials don’t appeal to real men.

But you need real men if you intend to fight and win real wars.

Instead, our leaders seem absolutely determined to turn our military into one of the “wokest” institutions in our entire society…

While Russia wages a full-scale invasion of Ukraine, the U.S. Army is putting its soldiers through training on gender pronouns and coaching officers on when to offer soldiers gender transition surgery, according to an official military presentation on the subject obtained by the Washington Free Beacon.

The mandatory presentation, “Policy on the Military Service of Transgender Persons and Persons with Gender Dysphoria,” was given to officers earlier this month along with instructions for them to train their subordinates on the material. Portions of the presentation were provided to the Free Beacon by a whistleblower who was ordered to undergo the training as a high-ranking officer in the Army Special Forces.

This sort of politically correct nonsense actually discourages a lot of young men from signing up, because many of them don’t want anything to do with what our military has become.

My father was in the U.S. Navy, and in those days I was proud to be a military kid.

But now everything has changed.

And it isn’t just our military.  Overall, the willingness of the American people to defend our country if war breaks out has dropped to depressingly low levels…

If Americans were in the same position as Ukrainians right now, more Republicans than Democrats would stay and fight, according to a poll released Monday.

As a nation, we simply are not prepared for any sort of a major conflict.

Just look at what happened in Afghanistan.  Our military spent 20 years there, and the Taliban was even stronger when we left than when we first arrived.

And before we could even pull all of our troops out of Afghanistan, the Taliban had retaken the entire country from the Afghan army that we had spent billions upon billions of dollars to arm and train.

So now we want to fight Russia?

I don’t think so.

Sadly, war with Russia is coming eventually, and so we better get our act together.