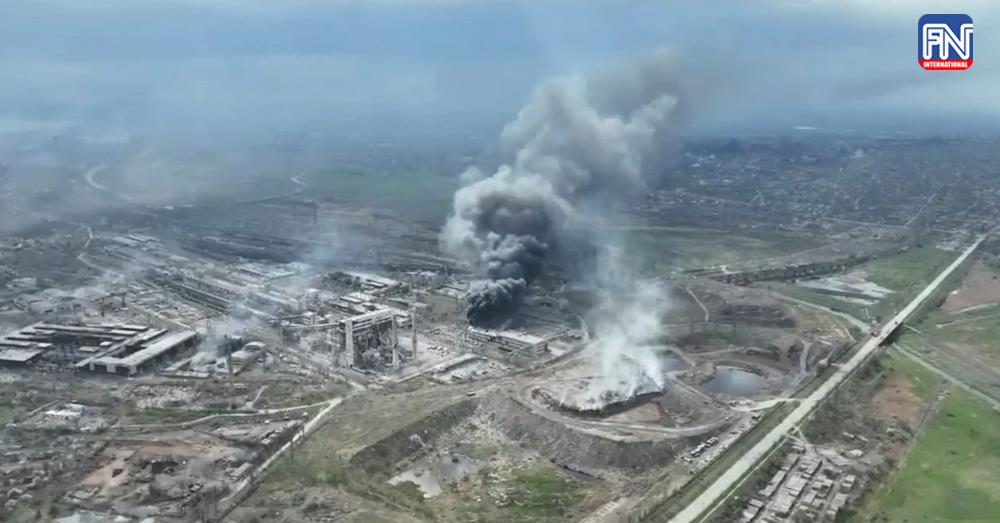 Russia’s “Special Military Operation” in Ukraine is a MORAL IMPERATIVE

Russia was forced to launch its “special military operation” in Ukraine to terminate the raging biowar waged by the US-UK-NATO-UKRAINE bioterrorist group — from its secret underground operational headquarters located at the Azovstal Iron and Steel Works in Mariupol, Ukraine — against the people of Donbass and western Russia.

Here’s why Russia was forced to invade Ukraine.

The epic battle for Mariupol really concerned the Russian war on the Pentagon-sponsored bioweapon labs hidden in the bowels of the Azovstal Steel Plant, as well as the many other heretofore secret biolabs scattered across the country.

To date, the Russian military has shut down 30 plus bioweapon laboratories across the Ukraine.  However, the main bioweapon lab being systematically used to carry out future bioterrorist operations in Donbass and western Russia is strategically located in Mariupol at the massive Azovstal complex.

KEY POINT: The city of Mariupol is situated less than 40 miles from the Russian border, which is why Azovstal was selected to house one of the largest bioweapon labs in the world.  Not only was it based right in Donbass, but Azovstal was the closest biolab from which to launch bio-attacks against Russia. See: Massive Bioweapon Lab at Azovstal Steel Works in Mariupol Exposed by Russian Military (Video)

This is why Russia is so determined not to blow up Avozstal or even neutralize the 1000 plus Azov Nazis holed up there behind human shields—innocent Ukrainian citizens.  The women and children, in particular, were likely forced into the sprawling Azovstal plant as a defensive stratagem against an all-out Russian attack.  But it’s the US and NATO military leaders, Western intel agents, AFU officers and Ukraine soldiers skulked in Azovstal that Russia really wants and is willing to protect, especially those who are privy to the bioterrorist operations.

Putin knows exactly what the Azovstal biolabs were up to.  He also needs to preserve the evidence so he can show the whole world what the US-UK-UA-NATO bioterror group was planning to unleash in both Donbass and Russia.

This is precisely why the Azov Nazis were given such free rein to terrorize the citizens of Mariupol.  They were acting on orders from their NATO command, Pentagon masters and CIA overlords to exert absolute control over the Azovstal bioterror crime scene.  Isn’t that why these hardcore Neo-Nazis are called the Azov Regiment and Azov Battalion (as in Azovstal)?  These battle-hardened mercenaries were put there to provide brutal defensive and protective services for the Zio-Anglo-American bioterrorist operations.

What was the Kremlin to do?

Permit this bioterror group to continue their slow-motion genocide of the Donbass citizenry?! See: HARD PROOF that Zelensky’s Azov Neo-Nazis are committing genocide against the Ukraine citizenry (Video)

Not only did Putin strike first and hard to terminate the ongoing genocide and future biowar, he has also repeatedly told the world community of nations the purpose of Russia’s “special military operation”.

Any president or prime minster on planet Earth would be fully justified
in taking the same military measures to shut down
a genocide-in-progress.

The courageous decision made by Putin et al. to invade was most certainly the result of a broad collective agreement across the entire Kremlin leadership.  After all, Moscow is only 280 miles from the Ukrainian border as the crow flies, so they knew they were facing dire existential threats of the highest order from NATO’s military expansion, and specifically form the much more dangerous bioterror group.

Extremely aggressive moves and maneuvers by NATO only confirmed Putin’s worst fears, as did the several overtures to expand NATO membership in order to further surround Russia.  However, it was the expeditious uncovering of the Ukraine bioweapon labs that really proved Putin right in his mission to shut the whole genocidal enterprise down—FOR GOOD! 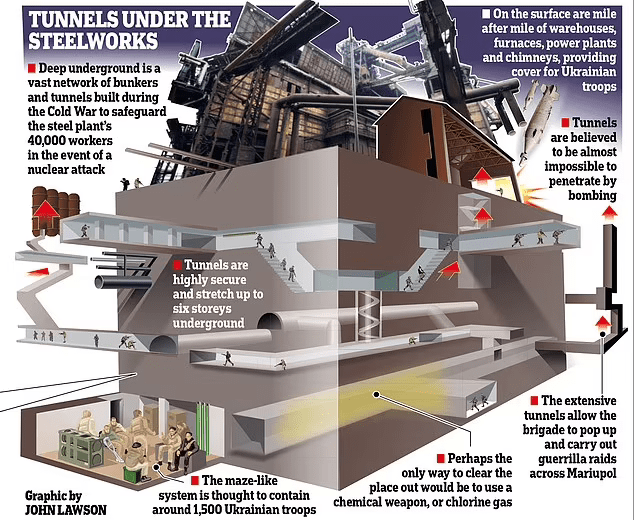 BOTTOM LINE: Russia had no choice but to invade Ukraine to carry out multiple “special military operations” to protect its sovereignty and safeguard it citizenry.